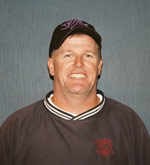 I grew up on the California coast and spent the majority of my younger days fishing for saltwater species.  The key to successful ocean fishing is paying attention and observing the comings and goings of birds, tides, and structure.  So, last fall it occurred to me that fish are fish no matter where they live and if you watch closely enough the clues to catching them will unfold.

In September of last year I used my new found observation skills and  fell into a top water pattern that lasted from the middle of September to Thanksgiving and was producing big fish bites every time on the water.  How it all started was a mild commotion at the edge of a tulle berm.  I put my trolling motor on high to go investigate and underneath a small school of shad sat a 5+lb largemouth with several remnants of a recent meal floating nearby.  Since school was in session I observed this fish for a number of minutes and watched her corner, chase, and eat the majority of the remaining school.  Still not satisfied I backed off her and put on a bait that I hoped would entice the same sort of commitment.

I started with a Fluke (shad color) and she swam up to it and turned away on four different occasions.  I then proceeded to try everything else plastic without success, until I pulled out my top water collection.  It was noon with high skies so my confidence level was not great. I put one on and cast way beyond my target hoping to lure a strike as she saw/heard the bait moving overhead.  I let the bait hit and as I engaged my reel to begin the walk home my bait disappeared violently.  I set the hook and moments later I lipped a largemouth that tipped the scales over 7lbs.  It wasn't the fish I had been studying, it was bigger.  After carefully releasing this beautiful fish I began working my prop bait throughout the entire area and proceeded to catch quality largemouth for the next two hours.  In all, a 25lb bag!

On my way back to the marina I thought about how lucky this entire deal was, and that, without keeping my eyes open this day and the others that followed would never have happened.  It also got me to thinking about some of the top anglers that I've fished behind.  When a good to great pro is on their game their eyes are always searching and looking for movement, structure, temp changes, water color changes, or bait activity.  A subtle difference usually decides who cashes checks and who has to go home and explain to his wife why he didn't fare well on that day.  The stories about Steve Sapp and Andy Cuccia running the Delta at low tide and observing the nuances of the area they are planning to fish are well known.  I'm certain both keep meticulous mental, if not, written notes on what they observe.  The two of them have cashed a great number of checks simply employing the power of observation.

The difference these days in any tournament outside a little luck is the ability to observe and adjust based on what you see.  In any tournament circuit you will find a number of anglers who are outstanding fisherman and at the end of the day are only separated by their responses to observed activities.  Here's to hoping the next observation you make on the water produces a once in a lifetime trophy.