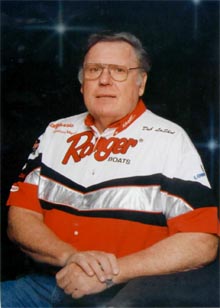 I am very excited to be sharing some of my experiences and thoughts with the readers of WeasternBass.Com. I have read the articles of the other contributors and have enjoyed and learned something from all of them. I have been at this bass fishing game about 36 years and hopefully somewhere along the line I have learned something that I can share with you that will improve your fishing.

I just returned from a two-tournament trip to Lake Pleasant in Arizona and Lake Shasta in California. I had the opportunity to relearn some past mistakes that I would like to share with you.

Lake Pleasant as most of you know is a very small lake and gets much smaller when you put 150 plus boats on it. The weather was fantastic with mid 80's in the daytime. The water was rising a few inches a day as the lake was filling. I had the opportunity to pre-fish for three days and was amazed at the amount of pressure the fish were getting. Good looking areas were getting hit every few minutes by another angler. There are a couple ways to deal with this kind of pressure that I kind of had to relearn at this tournament.

The first option was to fish deep main lake stuff, as it was not receiving as much pressure as the backs of arms. It takes pinpoint structure location to be successful at this and lake experience really is an important factor. These areas are very small and boat positioning is the real key to catch deep staging fish. This was my second time at this lake and I had trouble locating deep fish.

The second option was the backs of arms where the water was more stained and bass were migrating back into the shallow brush filled water. I think most anglers that went back to check the arms caught a few fish. I caught a few good ones and decided to start in the backs of creeks. This is one of those times that you would like to get a good draw so that you can be first into the area. I was the 3rd boat drawn and it is the earliest draw I have had in a very long time.

The first morning of the tournament I hit the 5-mile zone and looked around and couldn't believe my eyes. There were 34 boats in eyesight idling into the arm and more came in later. Now here is where I made the mistake. Normally you fish a shallow area like this and try to pick off as many aggressive fish as possible. But when I stopped in the area I wanted to start, other anglers stopped in front and back so that it was impossible to move about and fish. Bass were moving into the flats from the main lake, as the water was fairly warm and rising. There were some bass already in the shallow water, but were pressured by many boats. A few of the competitors that did very well did something a little different.

Bass don't wander aimlessly into the backs of coves when they migrate. They follow whatever structure funnels them into the back. It can be a creek channel that is deeper or a row of brush. Here in the Northwest the key spot is often the last big tree in the water going into a major spawning cove. The bass will follow old weed lines and set up on the tree and wait for conditions to be right before they move on into the cove. In this case it was a small wall at the end of a narrow channel that funneled the bass out onto the flat. There happened to be a bush at the end of the wall and I believe every bass that came along stopped on that bush. I have been in this scenario before, but did not recognize it in time. One competitor did and sat one the same bush and never moved all day. He did very well and almost won. He waited for the bass to come to him and did not have to move which was nearly impossible anyway with all of the boats in the area. Now it gets a little monotonous casting to same spot all day, but when you're catching bass you can't complain.

The lesson from this experience is that you need to pay attention to how and by what highway the bass are migrating back into a cove. It is very possible to head them off at pass and never move the boat. Look for the travel route to the back and then find the one piece of structure that all the bass will stop on before moving out into the flat. The flat in this case had a lot of bass also but were being shared by so many that it was difficult for any one angler to do well.

I was in the exact same situation at Lake Powell a few years ago and again it was a long wall that was funneling the bass to the back. I found one huge boulder about the size of a car at the base of the wall that was barely sticking out of the water. I sat on that one boulder for three days and did very well. Once you discover the sweet spot in a given travel route it will produce every year as long as conditions repeat and water levels are the same.

Now if I can just remember till next spring.

See you on the water.