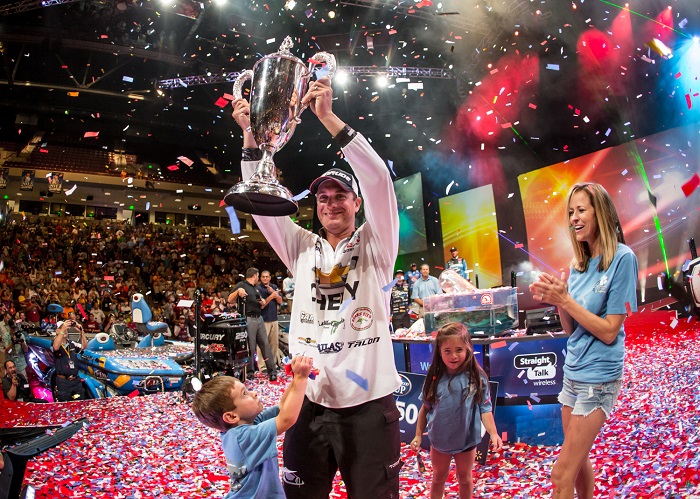 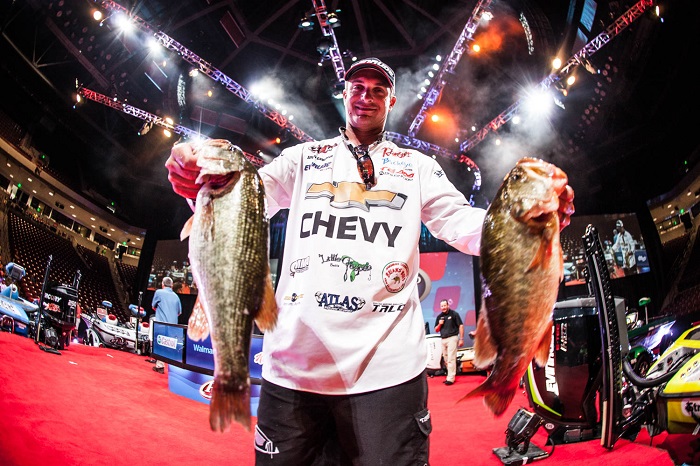 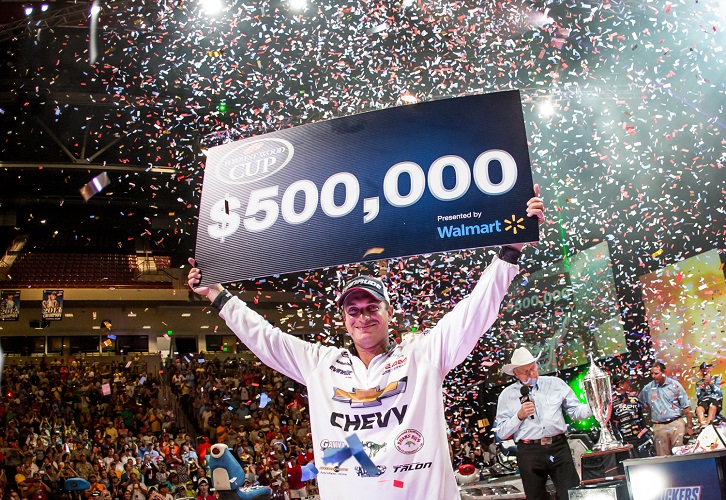 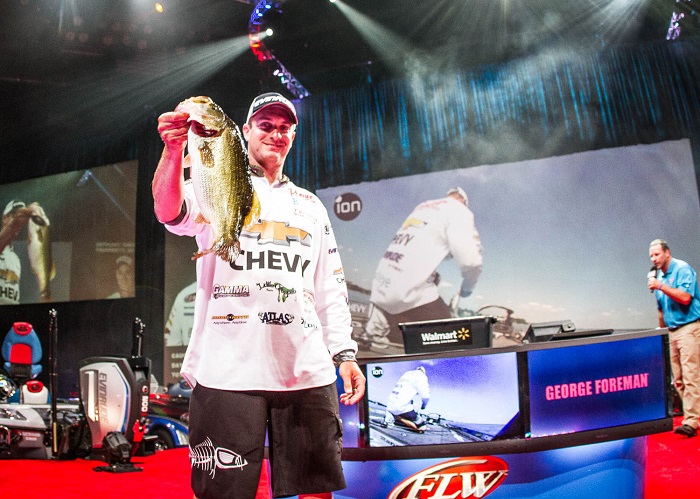 "I couldn't have started any lower and I couldn't have finished any higher." - The statement that FLW Tour pro Anthony Gagliardi used to describe his 2014 season after claiming the Forrest Wood Cup championship on Lake Murray.

WesternBass caught up with Gagliardi a few days before the Cup - FROM DQ TO THE CHAMPIONSHIP. We checked back with him for a post-win Q&A.

WB: A lot has changed since we talked last week? We are going to ask the obvious question - how does it feel?

GAGLIARDI:  It is pretty amazing the way the whole year played out. I barely made it in the Cup and then to win it by one ounce. It kind of falls in line with everything else that happened this year.

WB: Years from now, when you look back on this event, what will the most memorable part of it be?

GAGLIARDI: That last morning on Sunday. I had a huge crowd, a lot of family was there at take off. Right after we left, I was heading down the lake into the sunrise and it was such a special feeling. It was something that I've never felt before in a tournament. It is hard to describe. After the year that I just had and having all of that support there with me, the adrenaline, the helicopter next to me as I got my first bite. It was just a really, really special feeling that I had never had before.

WB: Tell us about the fishing?

GAGLIARDI: I had three different patterns. The first day I caught my fish on a 5-inch Basstrix paddle tail swimbait. I caught them all off of two individual shallow grassy points. I had about 13 lbs in the first hour. The second day, I caught three in those same places and then ended up struggling. I finally caught a big fish, a 5 1/2, with a Texas-rigged worm on a shallow brush pile that I had found on the other end of the lake. Day three, my shallow grass pattern kind of died and I moved out and caught some of the schooling fish that I had been counting on. Originally, I thought that was how I would catch most of 'em. I caught four doing that and then, I went back to my shallow brush and caught two more late in the day.The final day, I got most everything I had on schooling fish. That last day played out more along the line of the way I thought the whole tournament would. I thought I would catch more schooling fish and off shore suspended fish, but that didn't really work out until that last day. It was a good thing that I had a few other things to fall back on. The last time we had this tournament, I kind of just relied on schooling fish from the get go and it wasn't strong enough the first two days for me to make the cut; so this time, I wanted to make sure that I had one or two other things to catch some fish and that is just how it worked out. There just wasn't any one pattern for me that would've lasted four days.

WB: How much did your local knowledge play into this win?

GAGLIARDI: It helped me out some, but that  goes for anybody that knows a  body of water. As soon as you figure something out in practice, you already know 10, 15 or maybe even 20 similar places and you can run straight to those places. Somebody that is  not familiar with the lake, may very well stumble across that same pattern, but they still have to go out and locate similar places. They can't run straight to 'em. They have to take time out of their fishing day just to find 'em, so that is always an advantage.

WB: Was anything similar in this win on Lake Murray as to your previous win in 2006 on the lake?

GAGLIARDI: The fishing was so different. The first time that I won it was just opposite. In 2006, it was cold. There was ice on the boats. I was catchin' my fish  out deep, on the bottom, draggin' jigs and on a big drop shot. I was catchin' a lot of five to seven pounders in that event. This time, the fishing couldn't have been more different, but being able to win back then with the support of my home crowd was special. This was the same satisfaction of that, but it was amplified by the higher level of this event.

WB: We have to ask about the hubbub that was made over the local angler and the conflict on the water. Is there anything you want to say now that the dust has settled on that?

GAGLIARDI: It was really blown out of proportion because of my comment being taken wrong in the press conference. I went back and watched it and I can see where the wrong conclusion was drawn, but those wrong conclusions couldn't be further from the truth. I arrived in the area and the man was already there. It is a big area - two to three acres area of open, deep water and the fish can come up anywhere. When I got there, I had every intention of fishing there and sharing the water with him and staying 100 or 200 yards apart. I was not going to try to get him to leave, nor did I ask him to leave. I was not going to encroach on him. He was pretty mad that I had brought all the spectator boats with me and had some words for me. Once I understood that I couldn't quell the situation, I told myself I am just going to fish here. I am just going to do my job and not worry about what this guy is going to say or going to do. That is why I said the comment that I didn't care that he was there. Some people took that to mean that I pulled in there and didn't care that he was fishing there, so I was going to pull in on top of him. That isn't how I meant it. I was trying to say once he set the tone, I was just not going to worry about him. I was just going to do my thing. We never got into an argument. It was just a big deal made about it. Situations like that probably happen every day on the lake and it was unfortunate that I said it the way I did and it got taken the wrong way.

WB: How does it feel to be on the short list of anglers that have won the Cup AND the AOY title?

GAGLIARDI: Yes, a friend of mine told me about that. David Dudley and Greg Hackney have done it. That's pretty neat.

WB: What's next for you?

GAGLIARDI: Just waiting for things to settle down, spend time with the family. Nothing's really going to change for me. Just looking forward to next year.

GAGLIARDI: Never believe that you're out of it. There is always a chance. The best way to get to a goal is having confidence and being positive, even when things aren't going your way.