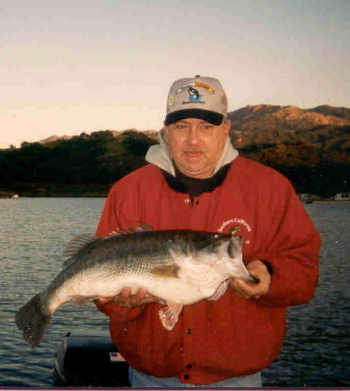 I fish with only the sharpest of hook as you all do. And I've set pretty hard on quite a few good fish, but when you do it to yourself, you need a quick release. So you can get back to your environment quickly. Bill Dance once said about his crank bait hooks; "Those hooks are so sharp they'll hook you just looking at 'em." I get it and here's my story.

While out pre-fishing for a Club Tournament at Lopez Lake, I experienced the painful reality of getting the rear treble hook of my crank bait in the thumb of my right hand while retying the bait. Here's the kicker, the front treble hook of the same crank bait jammed into the forefinger of my left hand at the same time. Yup! Both hands, I'm now handcuffed left finger to right thumb down passed the barb on both, almost to the bend in the hook. There was just enough wave action from a Jet Ski that unknowingly rocked the boat and BAM I was hooked times two. Luckily I had a partner with me and he clipped the two trebles hooks with side cutters at the shank near where the trebles separate and freed me. Without my partner this would have been an interesting exercise in futility. Now comes the hard part, getting the hooks out. The one in my thumb came out pretty easy as I just pushed with my needle nose pliers and rolled the hook point right out breaking through the skin and just like that it came out. Now the two holes in my thumb were pumping blood like one of those low budget horror flicks. Two little holes one quart of blood.(HAR!). Man! Those fingers can bleed. I applied a little pressure and a little ice and it stopped bleeding in just a minute or two. The pain left shortly there after as well. I had seen this method on TV and read it in magazines, this works without too much stress or wear and tear. The pain was over in just a pinch.

Now my mind became focused on the pain throbbing from my forefinger of the other hand. Here comes the tough one. In my forefinger the hook managed to get in the side of the tip of the forefinger, point up into the meat in towards the nail. So to push it through I would have to put it through the nail. Ouch! Not an option and not as easy as the thumb hook. So, I tried to pull it back out the way it got in. So with my pliers I tugged, I pulled, I wiggle it left, and then right, I tugged and pulled again all to no avail. Human skin and meat are tough. I couldn't even make the hole bigger or move it out at all. A couple of times I'd hit the nerve that would send lightning bolts up my arm. After about ten minutes of this, I started to feel a little light headed so I got down and sat flat in the passenger seat. I'm tuff; heck I've had injuries that where much worst than this. I pulled with all my might, still nothing! Soon my partner started getting worried as my speech (swearing) started to slur, my face went flush. I was getting in trouble, little stars in my vision now. My partner then grabbed some ice and placed it on the back of my neck, which revived me a little. I don't remember him putting the ice there or him even starting the boat to get me to the marina for help. I was going into shock. Who would have guessed a little hook would put me in this condition. I felt the cool air at 70 mph starting to wake me as we headed for the marina. Once we reached shore and I was feeling a little better. I suggested we try one more thing to get this hook out. I've been holding the ice on my finger all this time and it was very cold and numb. So I thought I'd take one more shot at it. A trip to the hospital emergency would ruin a weekend of fishing. I'd be out of the tournament. In my mind all I could think of was a doctor cutting it all open to remove the hook, stitch it up and I'd have a bandage the size of my fishing reel at the end of my finger that would have to remain high and dry for a few days.

Here what we did next. Just to clarify, we where at the marina now and on dry land, but you could do this in the boat. I asked my partner to get a foot or two of 20lb test line, I had seen this somewhere. I was determined to try everything I could to remove it. We only had 10lb test so my partner tied the two lengths together to form a loop. We looped the line around the curve or bend of the hook as close to the barb as we could and I pushed the hook shank down over the fingernail so the pressure was against the opposite end of the barb side. I told my partner to pull as hard as he could. Yes, I was crazed with getting this hook out now. He kept repeating, "Are you sure!" "Are you sure!". Yes! Yes! Yes! Then he counted to three and gave the line a quick pop. At first we both thought the line slipped off the hook, but no! The hook came out clean and painlessly. In fact we where both so surprised how easily it came out, 4lb test would have done it, but if you try this, use the 10lb.

The best part is that within minutes I felt the blood come back into my head and I started to feel a sense of well being again, my knees regaining strength again. My thumb had no pain at all now and the forefinger well let's say it was a little raw from all the twisting I had done earlier. Yeah it bled, and we iced it down and it stopped within a minute or two. I believed, if I had tried that trick a little sooner it would have not ached at all. I say that because, the next morning neither the thumb nor the finger had any pain or swelling just a slight discomfort on the side of the forefinger. The ice did a good job of keeping the swelling down. There was no interference with casting or with pressing down the thumb bar and thumbing the line out. In fact, I would actually forget about it until my partner would remind me jokingly every time I started to retie anything, even the bowline. Guess it will be a while before I live this one down.

I'd like to say, we went on to win the Tournament the next day, but we didn't, we actually sucked. I think we finished some where in the middle of the pack. But I sure learned how to remove the toughest of hook sets. My own! Make sure you have a tetanus shot; they're good for ten years and make sure you have a good First Aid Kit on board. Some are quite small and fit easily in your glove box. A little first aid cream and Band-aid did it for my finger. I didn't even bother with the thumb. These things can happen in a blink of an eye, no matter how careful you are. Hit a nerve and you're in big trouble real fast. One last note here. I'd like to thank my tournament partner and good friend Kevin McGuire for realizing I was going into shock even when I didn't realize it myself. He acted quickly and was prepared to take the necessary action to get me help fast. In fact his actions saved the day and weekend for both of us. And I'm very grateful to a good friend. Thanks Kevin!