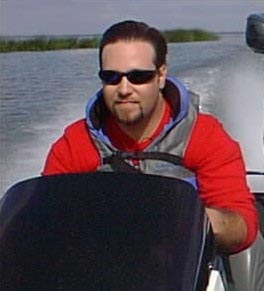 Professional sports has become big business, many decisions are made by judging performance on the playing field that is sure. However, there are also the financial people in the background reading the profit and loss statements. Bass fishing is no different, and without the “amateur” anglers, bass fishing will cease to exist as a viable spectator sport.

Having had the opportunity to witness some of our sports upper echelon in action at the recent Great Outdoor Games at Folsom Lake was an eye opening experience. The sport of tournament bass angling has grown up, and we now see camera boats following a good number of competitors all day, even filming in the boat with the anglers during competition.

The technology of bass fishing has come so far, that as a press member covering the event, I could make a phone call, and get the exact GPS coordinates of another competitors’ boat. You ask what my point behind all of this is. It is very simple, without a television audience; the “amateur angler,” professional bass fishermen would be sent back to the early days of being nothing other than Ray Scott’s original assessment, “a guy with a 300 dollar entry fee, and a week off work.” Because if there is no amateur market to sell to, then there could be no “professional angler.”

ESPN has brought world-class coverage to professional bass fishing, and with it, they have improved the working conditions of the professional angler. The marketability of the sport has provided an opportunity for a periphery group of people to explore the possibility of living a dream, by making a living covering the sport as a cameraman, a commentator, a producer or writer.

The dollars generated by these events are there only because of the advertising companies using money spent by the “amateur angler,” and if the viewing public does not turn out for these events, then there are none. If that includes allowing five “amateurs” a chance to qualify to compete in the Bass Masters Classic, than so be it. Each time a Federation angler qualifies for the Classic, there are scores of anglers waiting in the wings believing that they could do it too. More amateur anglers competing in tournaments means more dollars spent in pursuit of a dream, which will continue to feed the growth of our sport. What better story have we seen in the past 10 years than to watch the rise and tragic fall of a Federation champion? Bryan Kerchal’s story continues to inspire thousands, possibly even hundreds of thousands of anglers to pursue their dreams.

Some of us are privileged to make all or part of our living in the fishing industry, and we must not forget that without the public spending their dollars on our products, or subscriptions to the magazines we write for, we cannot consider ourselves as professionals, we could only be viewed as hobbyists.