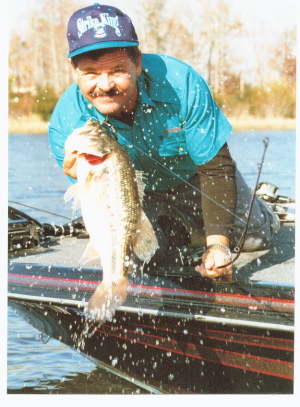 I would have to say that this article is one of the most over-due, misunderstood, and confusing subjects a angler needs to really understand to lesson some of his or her attitudes, and increase much more sportsmanship when it comes to fishing in most of today’s tournament trails. For years I have had many of my bass fishing school students and charter clients tell me some of their war stories concerning this matter, and I got to tell ya, I’m kinda’ glad I wasn’t around to see some of these in action.

First of all, I wish to make sure that common courtesy, ethics, and sportsmanship go a long way for most, but there are some that just don’t get it!

Now, who really owns fishing water in any bass fishing tournament? If you guessed nobody, then you’re right! Let me give some examples and let you decide for yourselves:

Say a tournament angler had only a day or two away from work, home, or any obligation, and had a chance to pre-fish for an upcoming tournament. With the gas, lodging, food, and travel expenses along with his personal time, this angler gets to a body of water and spends two days pre-fishing and putting a game plan together for this upcoming tournament then goes back home. The next day after this angler went back home another angler per-fishing for the same tournament does the same thing, but just happens to fish in some of the first anglers areas (not knowing the first angler was pre-fishing and put his plan together) and puts his (or her) own plan together using some of the same areas as the first angler, then goes back home. The next few days a third angler does the same, and on and on! Now, the morning of the tournament comes and these three anglers all go to the same spot, who’s water is it?

Most all seasoned anglers know that just about any area where you can find bass in quantity and especially quality you will find these bass in “sweet spots” or also known as “honey holes” but in the surrounding areas it’s just a hit-and-miss type of fishing right? Now, this is where the tournament rules come into effect. Here are just a couple of the most recognized trails rules to give you an example.

12. Permitted fishing locations Contestants may fish anywhere on tournament waters available to the public and accessible by boat, except areas designated as "off limits" or "no fishing" by local, state, or federal officials or within 50 yards of a competitor's boat that was first anchored (an anchored boat is a boat held in a stable position by a line attached to a weight with the trolling motor in the up position).

13.) PERMITTED FISHING WATERS: No fishing is allowed inside the host marina. No fishing is allowed within 25 yards of another anchored or tied tournament boat with trolling motor out of the water, without the anchored boat's permission. Both team partners must fish from the same boat. Only contestants may be in the boat during the tournament hours. Having anyone hole-sit for anyone shall be grounds for disqualification. Contestants cannot leave the boat to land a fish or gain access to a fishing area. Restricting natural movement of fish by any means is automatic disqualification.

What does this mean?... read on!... This is one of my personal experiences used for an example;

I was pre-fishing a few years back for a tournament that led me several miles from the launch site to an area that I had fished for many years. When I had arrived, there was another angler fishing the same area. Now, even with the area being around 100 yards or so I pulled up at least 50 yards from this other boat and started fishing. The next thing I noticed is that the boat that was there first had put his trolling motor on high and started moving over to the area that I had just made a cast into. I then asked this angler if he was going to go around me, to which he replied “you’ve got some nerve! this is my area (meaning the whole 100 yard area point), and I’m fishing a tournament tomorrow” to which I told him that I was fishing the same tournament and I have fished this area for many years, to which his last reply to me was that if I was sitting on “His” spot tomorrow, he would ram my boat. Oops!

Later that same evening it was tournament registration time, knowing the tournament director, I had told him about this incident. The next thing I knew during the reading of tournament rules by the tournament director (addressed to all anglers) was his comment that “unless a boat is anchored with the trolling motor up, another tournament boat can literally come within spittin’ distance next to another competitor’s boat.” Meaning that the water is anybody’s to fish. So, if you want to fish a protected “honey hole” or a sweet spot” simply drop your anchor down and lift your trolling motor up out of the water, that way at least you can keep another boat out of your honey hole.

True sportsmanship is abiding by rules of any activity (not just fishing) and reading the rules is ones responsibility. If more anglers read their tournament rules instead of just signing them (acknowledging that they have done so) courtesy and sportsmanship would go a long way for everyone!

Here are some things an angler should remember;

Fishing is a sport that everyone should enjoy….. There are some lakes and rivers that only have certain areas (community spots) that can be fished during windy conditions, and when it gets too rough to run anywhere else, a hundred boat tournament only has a select few spots to fish (which means, move over or let another angler either go around or next to you so he or she can enjoy their fishing time as well.)

Stay competitive and welcome the challenge of other anglers try to out fish you in some of the same areas. Don’t get into a pissin’ contest with fellow anglers while on the water; just remind them of the tournament rules….. face it!... it’s a dog-eat-dog sport when money is on the line (sad to say, but true), however, every angler is entitled to enjoy themselves or fish any public water he or she paid their money to fish (-: