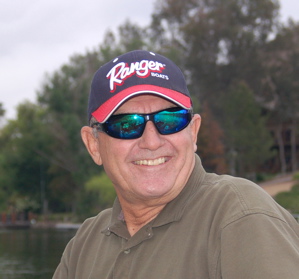 But consider the context. Most bass casters could look on a $50,000 prize and feel pretty fat. On the other hand, for a touring pro like Klein, even living in Texas, that probably just covers his expenses for the two major tours he has fished in the last 12 months.

As Michael Iconelli will discover, just like the last several winners of this elevated contest, even the $200,000 take home is a pittance compared to the eventual endorsement value. As we know, FLW paid $200,000 to Californian Aaron Martens just a few weeks back, but the Classic win can mean a multi-million dollar career boost.

It’s no wonder, regardless of its screwball qualifying rules or Federation freebies, more fishermen, and certainly more fishing manufacturers as well as consumers, still regard the Bassmasters Classic as the most important fishing event in America. To qualify is often enough to sustain a career, but to win and continue in the sport is to achieve almost Medal of Honor stature.

And for that reason, this is the epitome of the “winner take all” tournament.

It requires a winner-take-all strategy with no apologies for a poor showing. The latter is the part mere mortals have a tough time with. Tenth place, fifth place, second place. Those are the consolation prizes for losing.

The Classic squeezes everything a pro fisherman has to give into eight hours on the water. Take out three to four hours of running time and the window of opportunity is tightened even further. And that’s all on the first day.

This tournament is over for two-thirds to three-quarters of the field on the opening round. Smile for the cameras, sign autographs—but you can’t win. If there are a dozen contenders left on the second day, it’s a rare tournament. Six is more like it, and obviously, this year my predictions were a little overstated. There were only three guys in the race.

The stats were clearly in my favor. More than having spent time on the Louisiana Delta with both Mark Rizk and Mike Reynolds in the past, you only have to look at the posted numbers. There were only five limits over 13 pounds taken in all of this year’s tournament and none on the final day. Anything more than a 4-pound deficit was almost impossible to make up—at least, statistically.

The tour regulars speak of “putting themselves in a position to win,” and that all begins on the first day of the Classic. But while top pros would prefer to hit their primary area and then expand on it, the harsh truth of the matter is most of them hit the bulls eye and then hang on for dear life. They don’t get to expand; they merely try to protect what they have.

Back in Las Vegas in mid July at the ICAST fishing tackle trade show, Iconelli was predicting 15 pounds a day. And he had the goods. But even an ideal, unfished slough did not deliver his number except on the first round. He played it right. And he needed virtually every one of his reported 30 keepers to win as his bags got smaller each day.

Of course, Klein’s statement may have reflected something else. His inability to land two fish that would have trimmed or possibly erased the deficit between he and Iconelli on the second day. Whether it was bad luck or bad execution, we don’t know—but he does.

But once again, there was that terribly thin margin for error—even among that small percentage of competitors who could first qualify and then put themselves into contention. It’s a tenuous spot. They risk broken equipment, lightning, gunshots, chemical spraying, spectator traffic and even irate landowners. It’s that very position, on the precipice of failure or fishing immortality, I feel should be reserved for the professionals.

And we got one this year in Michael Iconelli.

And next year you get Stone Jigs and Swim Worms. That’s the way it works.