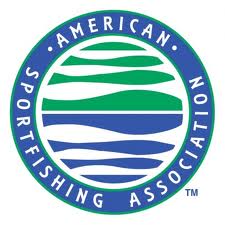 Alexandria, VA - October 16, 2012 – From October 9-11, the American Sportfishing Association (ASA) hosted the 2012 Sportfishing Summit in Hilton Head, S.C., where industry leaders and guests representing more than 100 companies and organizations from the United States and Canada met to discuss the issues impacting recreational fishing during committee meetings, networking events, general sessions and the board of directors meetings.

The 2012 Sportfishing Summit program focused on interpreting the new data from the U.S. Fish and Wildlife Service’s 2011 National Survey of Fishing, Hunting, and Wildlife-Associated Recreation; our nation’s changing demographics; how the Millennial Generation views the outdoors and uses digital technology to enhance their experiences in the outdoors; an overview of the current state of our economy as we head into the presidential elections; the “why” and “how” of social media; an update from the Recreational Boating & Fishing Foundation regarding new programs and projects they are launching to build on the increase in fishing participation; a status update on marine fisheries from the federal perspective; an overview of the association’s new benefits, exclusive to ASA members; and an update on KeepAmericaFishing™.

“From general sessions to association committee and board meetings, the 2012 Sportfishing Summit provided a wide-range of business, information and networking opportunities for our members,” said Rapala’s Executive Vice President and ASA’s board of directors Chairman Gregg Wollner. “I’m proud to say that the 2012 Summit was one of the well-attended annual meeting’s that ASA has hosted.”

“This is due in large part to a combination of things,” Wollner noted. “The association is on solid financial footing; our trade show continues to grow in both attendance and reputation; recreational fishing is up 11 percent according to the U.S. Fish and Wildlife Service’s new survey; and the growing popularity and impact of KeepAmericaFishing™, our angler advocacy campaign, is getting a lot people to sit up and take notice. These conditions, combined with the efforts of all the association’s members, are helping to ensure our industry’s future and that of the sport that we, and millions of Americans, call our number one pastime.”

During the annual General Membership Meeting, Wollner recognized Frabill’s CEO and ASA’s Immediate Past Chairman, Jeff Marble, for his guidance over the past two years to help bring the association to this point.

“The Sportfishing Summit, our annual membership meeting, is one of the most important events for the industry and the entire sportfishing community,” said ASA President and CEO Mike Nussman. “The Summit is where our members set aside their own business interests and, collectively, ‘put their shoulders to the wheel’ to work towards a healthy industry and healthy fisheries resources.”

Nussman further noted, “The new U.S. Fish and Wildlife Service survey results show an 11 percent increase in fishing participation. The industry is proud of the role it’s played in ensuring an enjoyable outdoor experience with advances in fishing technology and products as well as driving the establishment of the Recreational Boating & Fishing Foundation which is having an impact on increasing participation."

The 2013 Sportfishing Summit is scheduled for October 16-18, at the Sanibel Harbour Marriot Resort & Spa, just outside Fort Myers, Fla.