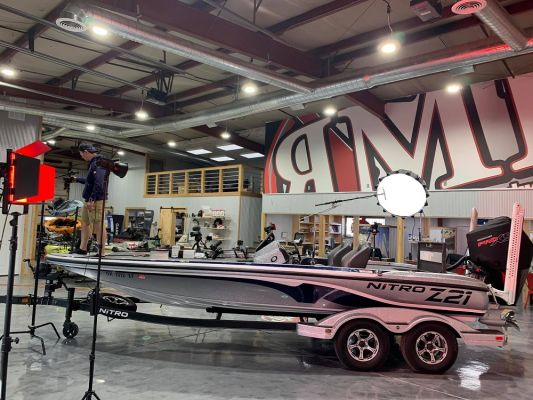 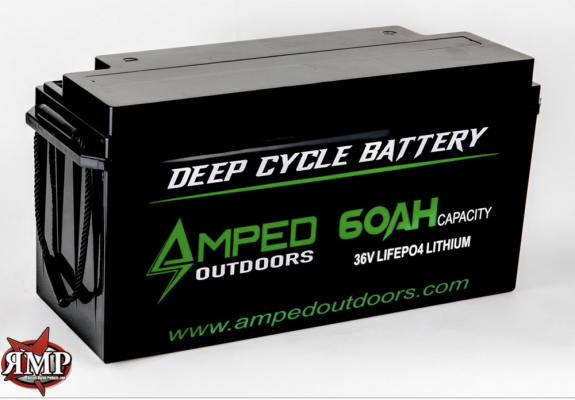 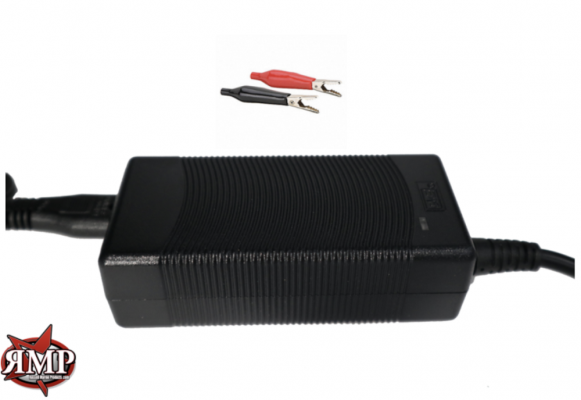 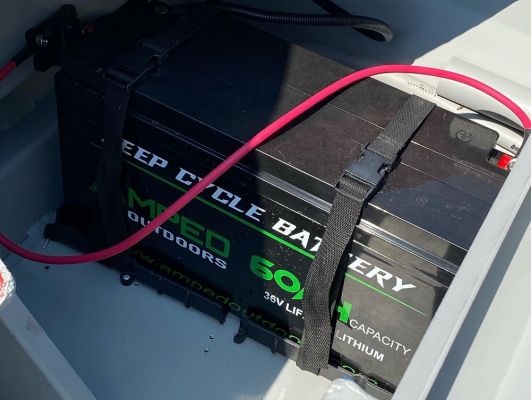 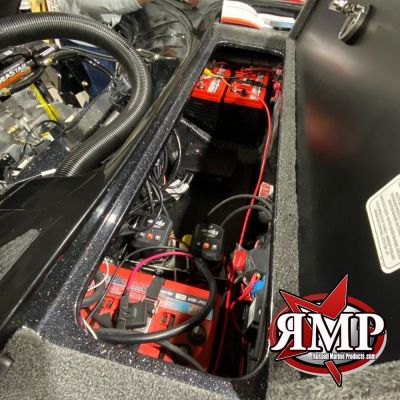 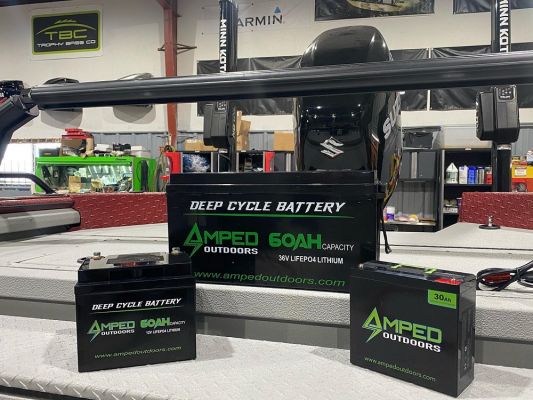 Russell Marine Products has become an authority for all things electronics in the bass fishing world thanks to their dedicated customer service and expert advice. In addition to selling the major brands of marine electronics, trolling motors, and doing fiberglass, they are also a retailer of lithium batteries.

Russell Marine Products owner Justin Russell said that lithium batteries have become more and more popular in the past several years and he doesn't see the trend changing.

"They will 'go, go, go,' and you don't get them wearing out on you at the end of the day like you do with standard batteries," he says. "Customers also love the huge weight savings since they are so much lighter than what most boaters have in their boats. The technology has also improved greatly and they have gotten better, more affordable, and they offer longer warranties."

As the popularity of lithium batteries has risen, so has the number of companies offering them. Russell Marine carries Amped Outdoors and chose this brand after extensive in-house testing.

"We tested them for six or eight months and we really liked what we saw," he says. "They also torture test them and the brand has been doing great for us and the customers who have purchased them."

#2 How Safe Are Lithium Batteries?

One of the horror stories about lithium batteries is the fact that they have caused fires in boats. Some of those stories are true, but Bretches says things have changed in how they are produced and those currently on the market have changed to make them much safer.

"Guys hear about them exploding and things like that, but that was due to the material that was being used," he says. "The old style used a lithium polymer and it was less stable than the lithium phosphate they are using now in the Amped Outdoors batteries that we carry."

#3 How to Charge Them

One difference between lithium batteries compared to lead-acid batteries is how they are charged.

Bretches and the Russell Marine Products team only recommend the Minn-Kota Precision charger for these batteries for built-in, onboard charging.

"They charge quite a bit faster than standard deep cycle batteries and there are several specialized chargers for lithium batteries," he says. "We sell the chargers and the 36V Amped Outdoors battery comes with a charger."

Cost is almost always going to be a question or concern when someone is considering lithium batteries and Bretches says that it does come up with his customers.

"The cost of lithium batteries is a big thing for some customers and upfront, they are significantly more expensive than batteries from Wal-Mart," he begins. "One of the best things about lithium batteries is how long they last. If you break down the cost over a ten-year lifecycle, they are lower priced on average than replacing batteries every few years."

Bretches compares the two battery types to standard lightbulbs versus a more efficient and long-lasting LED bulb; more upfront cost to save money in the long run.

One of lithium batteries' biggest plusses is how long they last and how much power they use.

Bretches says that the lifecycle for the 36V battery is much higher than standard lead-acid batteries.

"All lithium starts to decay at around ten years and the lifecyle is between 2,000 and 5,000 charge cycles for the 36V battery," he says. "Some guys get hung up on that and the amp-hour capacity, but they will last much, much longer and have more power than lead-acid batteries."

At first glance, it appears that they have less capacity in terms of amp-hours, but Bretches says that is not the case.

#6 How Much Weight and Space Savings?

The weight of a 36V Amped Outdoors battery from Russell Marine Products is just over 50-pounds and will eliminate up to 100-pounds from your boat.

"They are more compact and much lighter," says Bretches. "The space savings is another big benefit if you get a 36V instead of three 12V batteries and guys use that space for storage or even to add another cooler in there and still save weight."