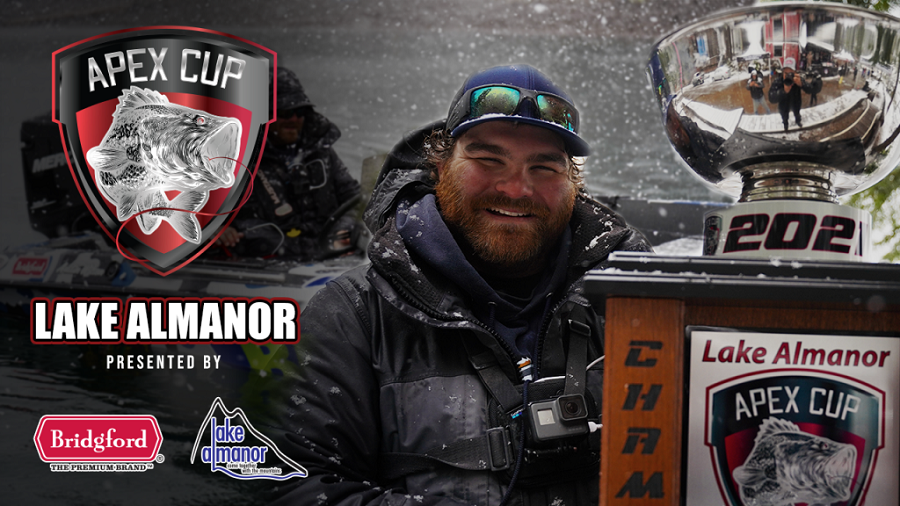 While his day included a brief stop near the dam, Wilson spent most of his time in the mid-lake region. Here, he targeted 4- to 8-foot flats with bigger chunk rock and stumps.

Wilson caught his fish on a 4-inch Keitech Easy Shiner in the silver flash minnow color. He rigged his bait on a 2/0 Gamakatsu finesse EWG hook with half a nail weigh in the belly.

“I believe the fish were feeding on pond smelt and that Easy Shiner was the exact size and shape,” Wilson said. “The way I rig the bait, it kind of fishes like a spy bait. You throw it out, count it down 5-10 seconds and then slowly wind it back.”

The bait proved enticing to smallmouth, but not all of the bites connected. After losing a few fish, Wilson knew he had to make an adjustment.

“I said ‘I can’t have this happen; I can’t be missing fish,’” he said. “So I added a treble hook to that EWG on the belly of the bait and then I never missed another fish.”

Around midday, Wilson gave his main area a rest and ran down to the dam where he fished flats with 5-7 feet of water and scattered stumps. This area produced one of his keepers.