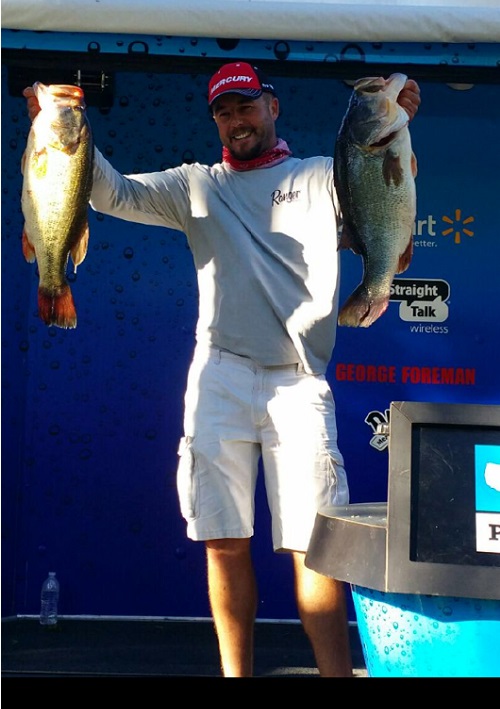 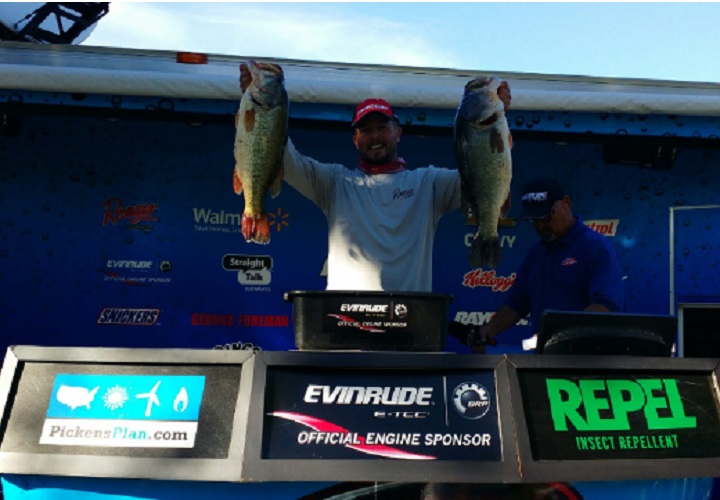 Jerred Jennings of Stockton, Calif. has been something of a "big bass magnet" the past several months, earning big bass honors twice in June with a 9.05 in the WON Bass California Open on Clear Lake and a 10.35 in the Coors Light Invitational on the Delta and most recently, he claimed the Big Bass Award this past week at the Clear Lake stop of the Rayovac FLW Series - Western Division with his 9-07.

Jennings lured in his FLW big bass from about 7 to 8 ft of water with an 1 1/2 oz River2Sea Trash Bomb, an Okeechobee Craw colored Eco-Pro Punch Skirt and a Gambler BB Cricket in Candy Grass on a Gamakatsu punch hook using 65 lb Power Pro.

He targeted a small area the entire day. "When I turned off my motor that morning, I never started it until it was time to come in and I ran my batteries down from my graphs being on," he said. "I would go back and forth between the same clumps of grass until one would get so ticked off, it would just grab it. It was more like aggravating them to strike it. They weren't eatin' it."

With four others in the box at about 1 p.m., the nine lb'r served as Jennings' limit filler ."My first fish of the day was an 8.30 and I got it about 15 minutes into it; but I didn't get another fish until about 10:30 a.m.," he recalled. "I kept grinding and got two more in the next hour. I've been fishing Clear Lake since the early '90s and even though we weren't catching the caliber of fish back then that we can now, I don't ever remember it being this tough. I only got seven bites the whole day."

Although he described the conditions of the tournament as "brutal", his limit that day came in at 27-09 and was the day's big stringer. He had a three-day, tournament total of 56-00, finishing 7th and cashing in $5,678 for the event.

This year, Jennings had FLW season earnings of $13,623 and climbed his way into the top-10 of the Western AOY standings.