Each year, it seems that televisions are bigger, computers get smaller and portable devices become more complex. But in the great outdoors, it’s what stays the same that matters. Surveys from various sources point to the same conclusions: Regardless of what else may change, recreational boating and fishing continue to contribute significantly to the U.S. economy, enhance peoples’ quality of life and preserve the country’s natural beauty. The most recent data available on outdoor recreation show just how important these two activities are. According to… 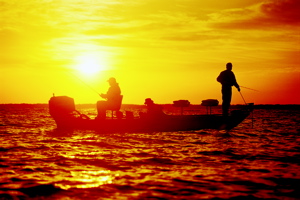 • Nearly 10 million outdoor enthusiasts are considering boat ownership.
• 7.3 percent of all Americans over age 16 (approximately 20.5 million) own a boat.
• Bass boats are the most popular boat type at 18.6 percent, followed by deck/pontoon at 14.5 percent.
• In 2009, more than 50 million participants (17.9 percent of Americans) age 16 and older went boating. This resulted in a total of 705 million boating days in 2009, with 21 average annual days spent on the water.
• After cruising, fishing from a boat is the second most popular boating activity.

• ‘Next-gen’ anglers, those under 18 years of age, make up more than 23 percent of all fishing participants.
• There are 11.2 million fishing participants ages six to 17, unchanged from 2008.
• Youth participation in fishing drops from 25.4 percent among those ages six to 12 to 19 percent among those ages 13 to 17. Time, other sports/activities, schoolwork, TV and video games are cited as barriers.
• Female participation in fishing falls significantly more than males through adolescence, down 44 percent as opposed to 12.9 percent.

• Despite the economic downturn, nearly half of all consumers claim they are still in the market for a boat in the next three years.
• Consumers as a whole are not moving away from boating, but rather are more likely to try and find ways to make boating less costly. For example, they plan on doing more repairs themselves or plan to spend less on accessories for their boat.
• Three in 10 consumers are considering purchasing a pre-owned boat.
• The main reason why current boat owners are not in the market for a boat (new or used) is that 66 percent are simply satisfied with their current boat.


Intent to Purchase a New Boat

• One in eight American adults – more than 30 million – fish, as do some eight million children ages six to 15. In 2006, they fished 517 million days and took 403 million trips.
• Anglers pumped more than $42 billion dollars into the national economy in 2006. Of that total, nearly $18 billion was spent on travel-related expenses, with $6.3 billion going to food and lodging, and $5 billion to transportation costs.

• The average number of days anglers spend on the water each year – 17 – outpaces the 13 days they average for vacation.
• The fishing industry supports some one million jobs in the U.S., more than three times the number of jobs supplied by Home Depot.
• The number of people who fish each year is nearly double the 16 million who visit Orlando’s Disney World, the world’s number one resort.
• Approximately 17 million anglers fish from boats and spend roughly $10 billion on boating activities.
• Boaters generate some $570 million a year in fuel taxes for the Federal Sport Fish Restoration and Boating Trust Fund, which supports conservation of coastal wetlands and fisheries.
• In 2006, fishing activities generated $16.4 billion in federal, state and local taxes.

• The number of Americans who boat and fish each year is more than 50 million, surpassing the combined number of those who golf and play tennis.
• Anglers produce more than $600 million a year in fishing license sales and $200 million in private donations for conservation efforts.


THE NATIONAL SPORTING GOODS ASSOCIATION
Source: 2006 Participation Reports • Americans who fish outnumber those who golf; run; hike; ski; work out in a gym; or play tennis, basketball and softball.
• As many women went fishing in 2006 as went running or jogging, and more children went fishing than played football or volleyball.