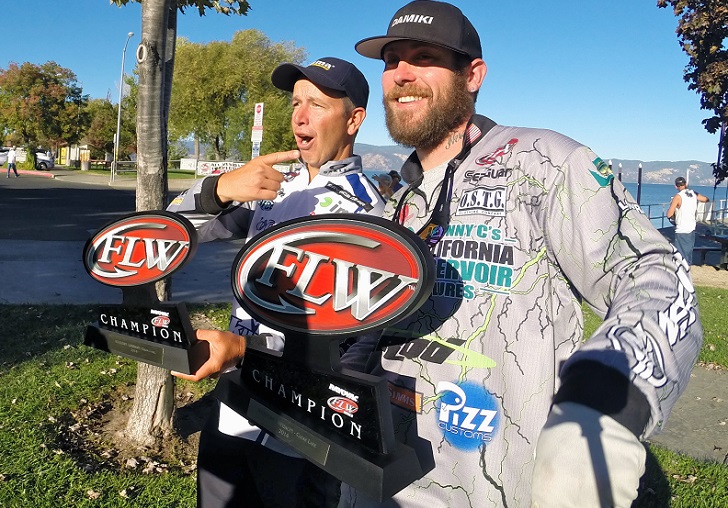 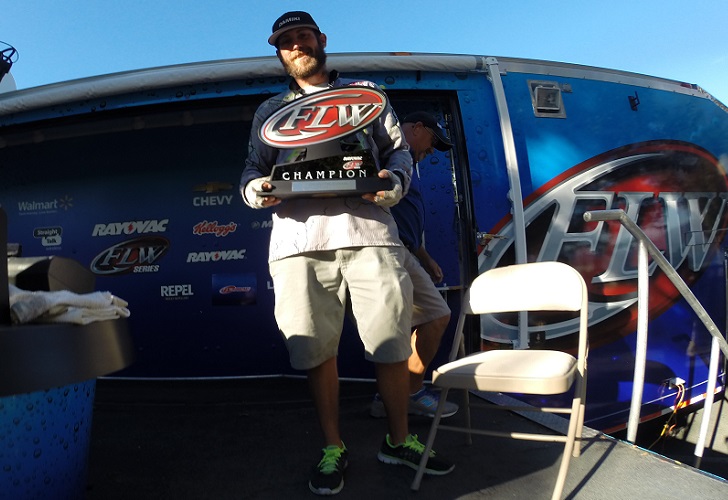 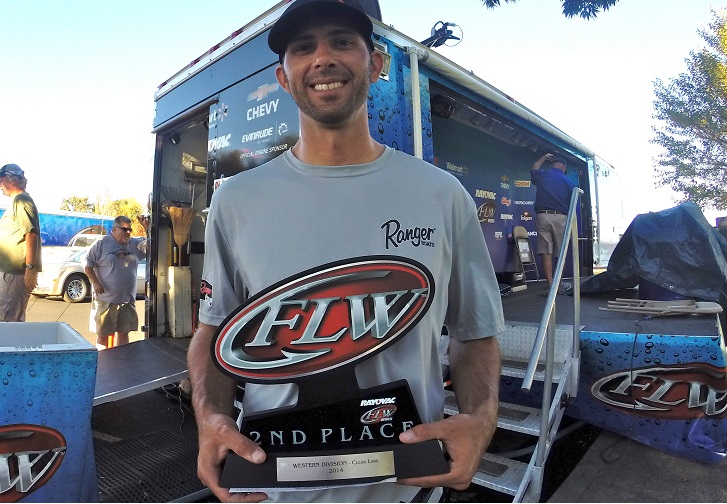 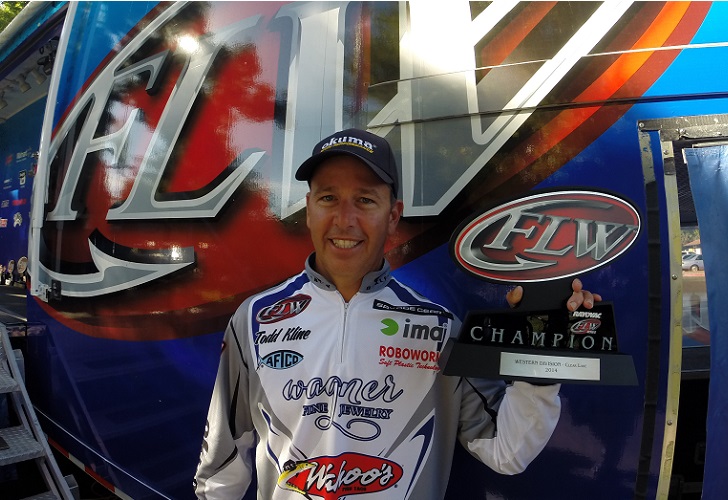 Aaron Britt of Yuba City took home the champion hardware from Clear Lake this week bringing in a total of 70 lb even, over the last three days.  Britt practiced for four days, slinging crankbaits of all colors, shapes and sizes including Damiki, the Norman DD 22 and the Spro Little John until his arms had about fallen off.  He still had more than enough strength to lift that trophy well over his head.

Britt took the lead on the first day with 29 pounds cranking deep rock ledges in 5 to 16 feet.  His practice hours led him to the deep ledges on the first day and after his first day success he decided to stick with cranking for the rest of the tournament.

Day two he slipped to second place as a few fish came off, Britt said “that’s fishing.” Even with the lost fish, his weight and confidence in his spots only confirmed what he was doing was right and he knew his winning fish were still there for the taking.  He put all he had into the third and final day, fishing his three spots like there was no tomorrow. He was rewarded, bringing in 22-05 for the win.

His gear consisted of an IROD cranking stick with 12 lb Seaguar InvizX.  Britt attributed his catches to fishing craw colored crankbaits early and switching to shad colors later in the day.  While collecting his thoughts after winning, Britt emotionally stated, “just so happy fish ate my crankbait.”

Second place, Patrick Spencer fished his way to a final weight of 67-03.  Catching the majority of his fish in the north end of the lake, punching grass like much of the top-10 this week.  He said he had a small window for a reaction bite in the morning and he caught a few fish on a square bill crankbait.

Justin Kerr took third by also punching grass in the north end.  Kerr flipped a Yamamoto Psycho Dad but also said he used a Carolina rigged Roboworm to pick up a few fish.

Punching equipment from most of the top 10 consisted of 1 to 1 ½ oz weight, 65 pound braid and a range of plastics and punch skirts.  Finding deep grass was the secret to finding the bigger quality fish.  Some anglers reported catching between 10 to 15 fish a day, but only landing about 5 to 8, as it was tough getting them out of the grass.

CO CHAMP
Co-angler champion Todd Kline also cranked his way to 56-10 over three days.  He used an Ima Pinjack mid-diving crankbait on an Okuma 7’11”.  Kline said the most important technique for his success this week was “distance and depth” for his crankbait.  Crediting his Okuma rod and Helios reel for being able to cast his crankbait a great distance and using different techniques to keep the bait at depths ranging from 4 to 13 feet.  Kline explained by either holding his rod tip up, down or straight when reeling his crankbait  gave him the ability to fish in a wide range of depths to make the best out of each cast from the backseat.

As a co-angler being able to have a single piece of equipment serve multiple purposes is vital.  He used one mid depth crankbait and managed to fish it multiple ways to capitalize on time and opportunities, especially in a place like Clear Lake where casts to a perfect spot are not as important as the casting distance.

The common theme of this tournament has been to grind it out.  Current conditions proved to make fishing tough and many anglers reported just having to find new water every day.

Fish seem to be in a sort of stratified state waiting for cooler temperatures and fall weather.  Fish were hard to come by in the north end, especially for the co-anglers, but it did host all the anglers who punched the grass mats, playing tug-a-war with the bass when they hooked one.  Anglers claimed the fish would only bite once and advised to get them in the boat on the first hook set.

Fishing the south end meant cranking rocks.  Fish were caught shallow to deep, on many different crankbaits. Even though crankbait brands and styles ranged widely, crawdad was the dominant color scheme.  Few anglers would change it up to a shad pattern occasionally, which was also producing quality fish.

It wouldn’t be Clear Lake without some swimbaits and the swimbait specialist himself, Paul Bailey finished in 9th place with 45-07, saying he caught the majority of his fish on the Huddleston, mixing in a Rat-L-trap and flipping grass to fill his limits.

College anglers fished their Western Division Regional today and the top-15 move on to fish Sunday.  Most of them also picked up a crankbait to bring their fish to the scales.  High School anglers also fish Sunday.