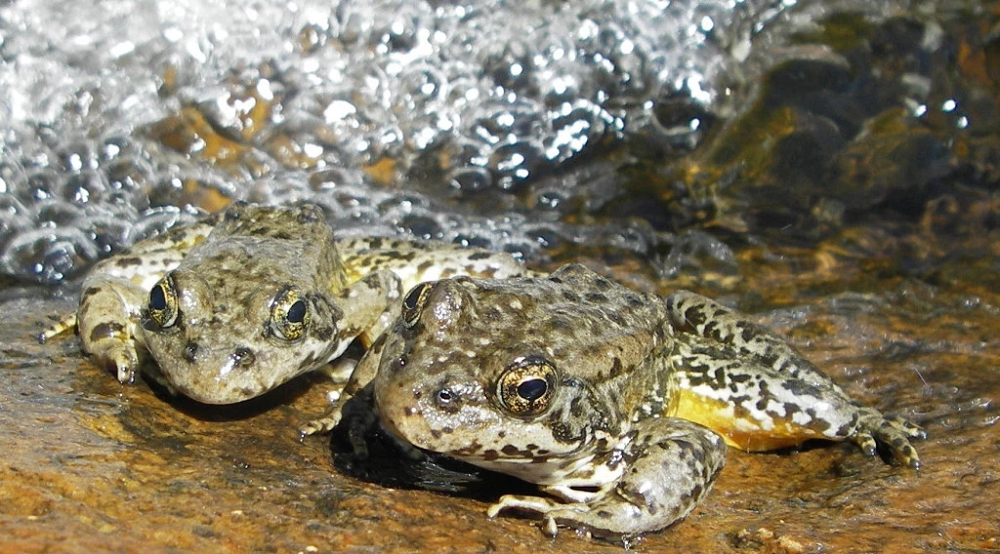 You don’t have to own hiking boots or a fishing pole, or have a degree in environmental science to help wildlife. A click of your mouse or a stroke of your pen can help the California Department of Fish and Wildlife (CDFW) protect—or even save—California’s native sea otters and other rare, threatened and endangered animal and plant species.

When you prepare your California individual income tax return, make a voluntary contribution to California Sea Otter Fund on line 410 or the Rare and Endangered Species Preservation on line 403. Enter any dollar amount you wish. Money donated by California taxpayers supports state programs that benefit these at-risk species.

Southern sea otters (Enhydra lutris nereis) once lived in the nearshore waters all along California’s coast and in estuaries such as San Francisco, Tomales and Morro bays. Reliable sources estimate there were as many as 16,000 individual otters in California at one time. Their extremely thick fur pelts were coveted for coats, and fur traders hunted them until they were believed extinct in the late 1800s.

A few sea otters survived and were discovered in the 1930s. Legal protection gave the species a chance to survive. The 2017 sea otter survey counted fewer than 3,000 individuals, and was a slight decrease from the 2016 count.

Donations to the California Sea Otter Fund are split between CDFW and the State Coastal Conservancy. CDFW’s half supports scientific research on the causes of mortality in Southern sea otters. Through a better understanding of the causes of death, it may be possible to work more effectively to recover the sea otter population here. The Southern sea otter is listed as threatened under the federal Endangered Species Act, depleted under the Marine Mammal Protection Act and fully protected by the State of California.

“These donations provide important funding that helps us to recover the Southern sea otter population,” said CDFW sea otter program lead Laird Henkel. “Through this program, we have learned an incredible amount about sea otter health and the health of the ecosystems upon which they depend.”

The Rare and Endangered Species Preservation Program has supported work benefiting California’s native at-risk fish, wildlife and plants since 1983, thanks to the generosity of California taxpayers. Donations to this fund have enabled CDFW to obtain matching funds from the federal government and collaborate with numerous stakeholders and organizations—including other government agencies—to conserve native wildlife.

For example, with such partners we are currently:

CDFW biologists have achieved important recovery milestones and protected vulnerable species, thanks to California taxpayers. There is no upper limit to voluntary contributions and any dollar amount is appreciated. More information about how CDFW uses funds in the Rare and Endangered Species and Sea Otter programs is available at www.wildlife.ca.gov/Tax-Donation and at www.facebook.com/SeaOtterFundCDFW.

If someone else prepares your state tax return, please let him or her know you want to donate to the California Sea Otter Fund on line 410 or the Rare and Endangered Species Preservation Program on line 403. If you use TurboTax, step-by-step instructions to help you find the California Contribution Funds are posted in the CDFW Document Library.

California has 219 species of plants and 83 species of animals listed as rare, threatened or endangered. Money raised through the tax donation program helps pay for essential CDFW research and recovery efforts for these plants and animals, and critical efforts to restore and conserve their habitat. Habitat conservation and restoration for the most vulnerable species also protects many other plants and animals, helps recover ecosystem function and enhances the outdoor experience for all Californians.