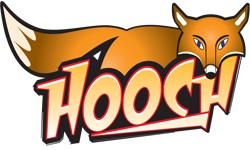 Spokane, Wash – FLW Tour Pro Luke Clausen signed a new agreement partnering himself with Chattahoochee Herbal Snuff, known as Hooch Snuff.  Clausen is excited about the deal, “Unfortunately, I’ve been a smokeless tobacco user for many years.  Hooch has been a big part of helping me quit.  It’s a great product and I hope by partnering with them and getting the word out among outdoors enthusiasts it can help more people quit as well.”

Chet May owner and creator of Hooch Herbal Snuff is equally excited about Clausen, “We know a large number of anglers and hunters alike are smokeless tobacco users. Working with an all time great angler like Luke Clausen will help us spread the word about the non-tobacco, Hooch Snuff option.”

Hooch Snuff is an all-natural non-tobacco/nicotine option. It not only tastes like most brands of tobacco on the market, it has a texture similar to tobacco and that sting tobacco users are familiar with. “I came up with Hooch out of raw necessity for myself. I needed to quit smokeless tobacco and there just wasn’t a product on the market that was close in texture to tobacco.  For most smokeless tobacco users it’s not about the nicotine addiction nearly as much as it’s about the oral fixation.  Having something in your lip is the hard part of the habit to break,” May explained.

Clausen believes that Hooch Snuff can be the answer many smokeless tobacco users are looking for to help them quit. “Like most tobacco users I have always wanted to quit.  As anyone who has tried to quit can attest, it’s not easy. Over the past few years I have tried every herbal or non-tobacco/non-nicotine product on the market. To be honest, they were all terrible.  About six months ago I found Hooch online and ordered some. It’s the first good alternative out there, and it’s really good.  For months, without any connections with Hooch I bought their product and used it regularly. I even shared it with other anglers on the FLW Tour and the consensus is, it’s a great alternative!”

FLW Outdoors, the host of the FLW Tournament circuit Luke Clausen makes his living on has rules stating that tobacco use of any sort is not allowed during the final two days of tournaments.  This is most likely because they don’t want to promote something that is unhealthy for their fans and viewers. Clausen has had Hooch approved for use with FLW.

May feels the same way, “We don’t want or need people who don’t use smokeless tobacco to use our products. If you aren’t a chewer already, stay away from all of it, including ours. However, if you are a smokeless tobacco user, give our product a try, its helped thousands of people quit and we believe it can help you.”

Available in flavors to match those of typical smokeless tobacco users, classic, mint, wintergreen, cherry, whiskey and a unique tabasco flavor named “spitfire” for that extra sting. If you are interested in trying Hooch Snuff, visit their website at HoochSnuff.com and use the coupon code LUKE to receive a significant discount on a sample pack including full cans of all flavors.