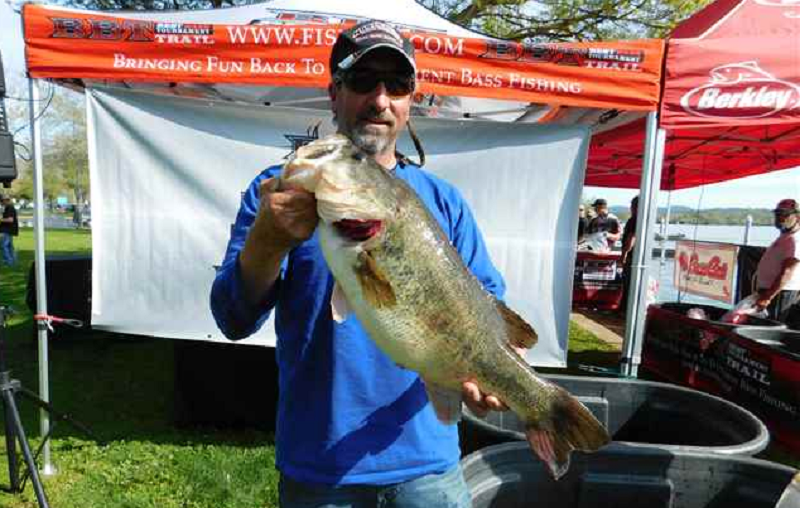 As we look in the rearview for the 2019 Best Bass Tournament (BBT) regular season events, the circuit wants to congratulate each division’s Anglers of the Year (AOY).

“There were some pretty tight races and it came down right to the end,” remarked Randy Pringle, Owner/Operator of the circuit. “We want to thank all the regional teams and the Travelers that worked with the changes required from the highwater postponements that we faced in the early part of the year. It was great to see the teams understand that we keep their safety in mind and easily adapt to new dates, without issue.

“It is always exciting to see which teams come out on top, regardless of conditions we face, times of year and seasonal expectations. It is quite an accomplishment to claim the AOY honor and we know how hard our teams worked at it.”

In addition to their trophies and bragging rights, the BBT AOY’s will be outfitted in Simms Gear, along with the TOC winners.

The AOY Teams as well as all of the BBT Tournament of Champions (TOC) qualifiers are on the cusp of the 2019 year-end, two-day, two-lake championship, where $20,000 in cold, hard cash will be awarded.

“It will be our first time holding a two-lake TOC,” said Pringle. “The competition fisheries are Melones and Pedro. Teams can expect to get TOC information in a ‘Congratulations Letter’ in the next week or so.”

Although their regular season events have come to an end, the TOC isn’t the only angler competition that remains on the books for 2019.

The BBT will be hosting two more specialty events, open to all anglers and any pairing of teams as the year wraps up.

The BassFest is a one-of-a-kind, two-day event on the California Delta that includes a two-day trade show and a one-day fishing competition. Attendees can expect to see new sponsor merchandise that was debuted at ICAST, raffles, prizes and games for kids.

“It is a great event for anglers of all levels,” explained Pringle. “The cost is only $100 to enter; so, it is perfect to get together with the family in a low-stress event. It is a nice time to introduce the girlfriend or wife, one of the kids or a parent or grandparent to the sport we all love. You can fish alone or with a partner. Weigh-in is for three fish.”

The angler to beat this year is Ed Christo who is looking for a three-peat. Fishing with a different partner each year, Christo has earned The BassFest championship belt in 2017 (with Joshua Lim) and 2018 (with Mark Casey).

For those looking for a Delta tip in the current conditions, Pringle noted the fish are grouping up.

“Where you find one, you’ll find more,” he said. “Stay within the current as the shad has come into the system and the fish are biting on white and topwater baits that are staying in the strike zone longer. A lot of guys are still throwing the crawdad and bluegill patterns; but the shad has arrived.

“The fish are going to get more and more active as the weather begins to cool. Some of the bigger fish are going to move up from their deeper haunts as we get further away from the 100-degree days, which may be happening by the event.”

Anglers can avoid the game-day rush, as registration for Sunday’s tournament will be taken on Saturday at the first day of the trade show.

The BassFest blasts off from Russo’s Marine at safe light. Sign-ups will be accepted at the event with cash for registration.

The Rat-L-Trap Open was moved from the spring to the late fall for the first time this year.

“We made the change to allow more anglers to be a part of the event as there are less tournaments going on,” said Pringle. “Plus, it is a great time of year for to fish the Rat-L-Trap not only as a regular bass competition, but also for a striper pool that will be available. The striper pool may be entered along with the regular event or on its own for the striped bass guys out there”

More info on the Rat-L-Trap Open is on its way.

Currently the leader of the 2019 BBT Lunker Club is Duane Rhodes with his 10.32 big bass pulled out of Clear Lake in April of this year.

“At the end of the season, the leader will be decked out in gear from the Rhusty Hook and will hoist the Big Fish of the Year trophy,” said Pringle.

A full list of anglers that qualified for the Lunker Club this season can be found here.

The full schedule for the BBT 2020 season is available now. 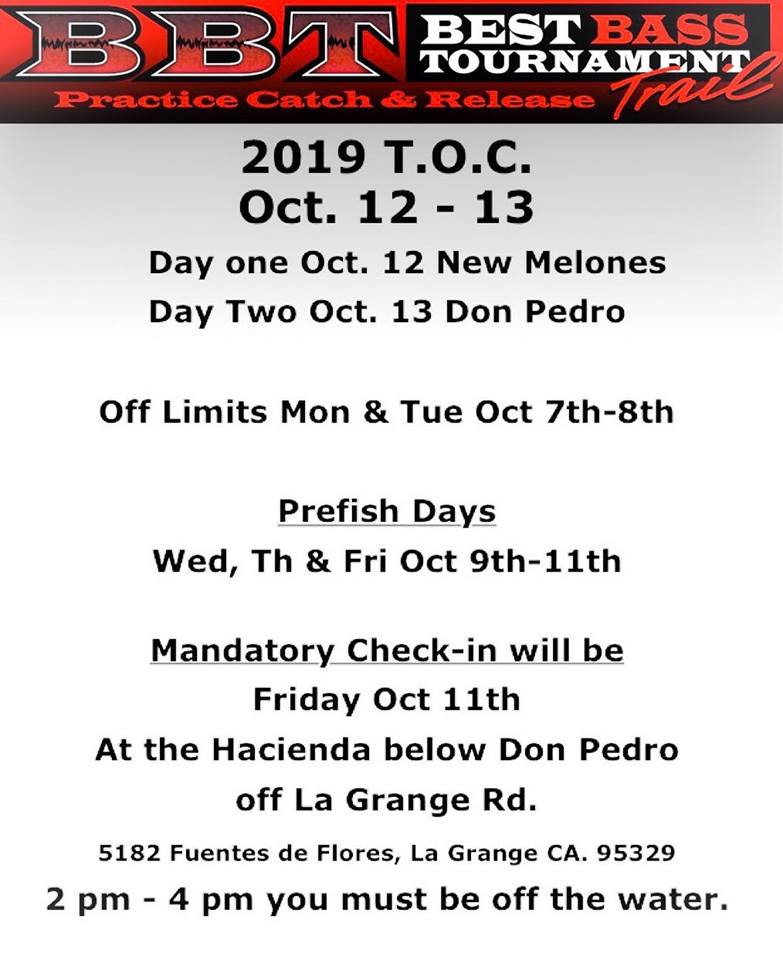