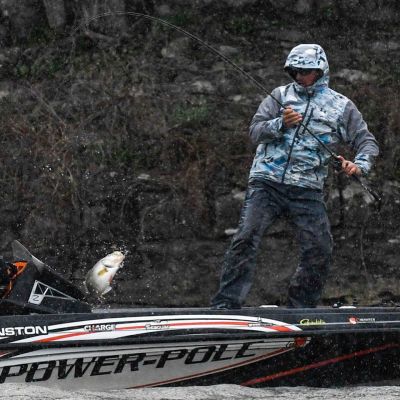 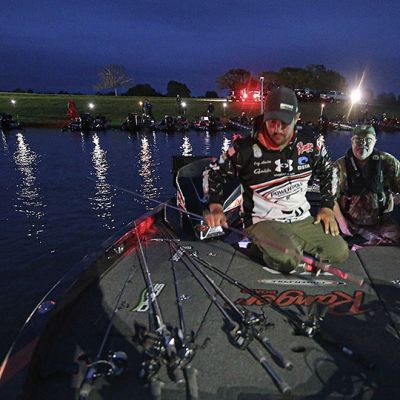 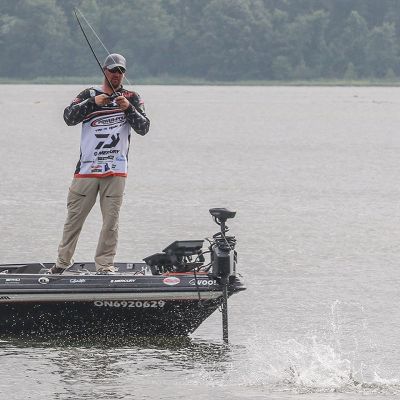 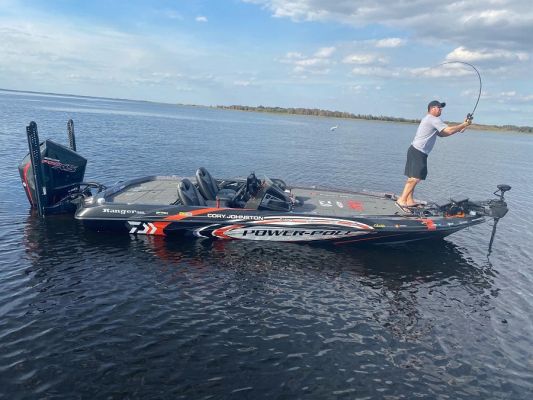 On the strength of his 16th place finish in the 2020 Bassmaster Elite Series standings, Canadian pro Cory Johnston will be competing in this year's Bassmaster Classic on Lake Ray Roberts in Texas. The event was initially scheduled for March before shifting to June and he expects it to be an offshore fishing slugfest.

He did not make a scouting trip to the lake but feels ready for the event. If you think being from Canada, his experience in June in Texas is limited; you'd be right.

"I have no experience in Texas this time of year, but a bass is a bass," said Johnston. "I think it will definitely be an offshore bite. From what I know about the lake, it is full of timber and really nasty to get around. I'll be idling a bunch, and I'm sure it will be an event where the LiveScope plays a big part in finding fish."

With the Texas location and Bassmaster Classic on the line, Johnston believes he will be going big with large baits and heavy line.

"Nobody remembers who finishes second in the Classic, so I am going to be throwing big baits and going for the win," he said. "I expect big swimbaits, deep-diving crankbaits, Carolina-Rigs, and football jigs to be my best chances for the win."

Johnston knows that large swimbaits get big bites and plans to use a host of six, seven, and eight-inch baits during the Bassmaster Classic. He'll weave his lures around the many areas of standing timber and look for the biggest fish in the area.

For his swimbaits, he prefers a 7'6" heavy Ish Monroe signature series Daiwa Tatula Elite flipping rod that he pairs with a Daiwa Tatula 150 in the 6.3:1 gear ratio.

"The 150 size holds more line and helps to cast big baits further," he said. "The rod is a flipping rod but has a nice parabolic bend to it with a good backbone. That helps to drive those thicker swimbait hooks into a bass on a long cast."

Fishing a big crankbait during the summer in Texas is no secret and it may likely be the winning pattern. Johnston will be ready with huge crankbaits to crank and dredge the depths of Ray Roberts.

For large crankbaits like the Strike King 10XD, having the right equipment is necessary to cast and effectively fish a bait of that size. Johnston likes a long fiberglass rod and reel that can handle the bait correctly.

"The eight-foot length allows you to make the longest cast possible," he said. "That allows you to get the bait down quickly and keep it at the maximum depth for longer of your cast. I like fiberglass because it allows the bass an extra second to really get the bait and you'll hook more crankbait fish with one."

For reels, he again likes the larger Daiwa Tatula 150 simply because it handles more line and allows for a more extended cast.

The Carolina-Rig and football head are great ways to fish offshore, and they both tend to catch bigger than average fish. That's Johnston's thinking anyway and he'll be mixing in both of them when he arrives at the Bassmaster Classic.

"I like to use big baits on a Carolina-Rig for bigger fish," he said. "I'll be looking for the hard spots offshore and fishing ten-inch worms, magnum flukes, and a full-sized Zoom Brush Hog. I'll be fishing the football head in the same places and will also drag it around standing timber."

He prefers a faster reel for both techniques to help him pull up slack quickly if he gets a bite.

"In Texas, you need heavy line and need a fast reel to get fish away from all of the timber," he said. "I like the 8.1:1 Daiwa Tatula SV TWS reel so I can pick up line quickly and get a good hookset in deep water."

For rods, he again mixes and matches with rods not designed for the technique. He prefers the same flipping rod he uses for swimbaits for the Carolina-Rig and a 7'4" heavy Ish Monroe signature series Daiwa Tatula Elite frog rod for his football head jigs.

Canadian pro Cory Johnston may be far from home when he competes in this year's Bassmaster Classic, but he has the right game plan. He's going to keep things simple with proven big-fish techniques and shoot for the win. His "nobody remembers who finished second" mindset is what it takes to win a bass fishing championship.