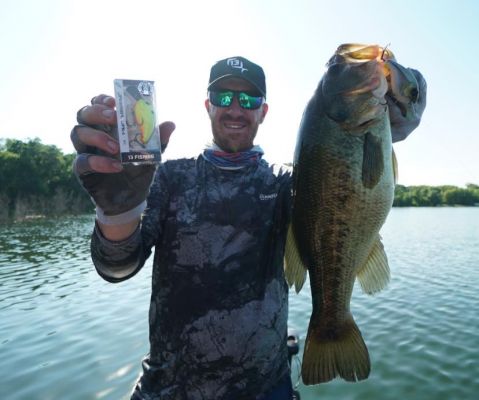 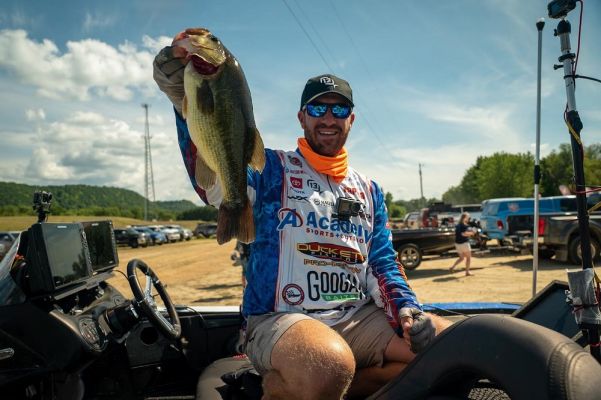 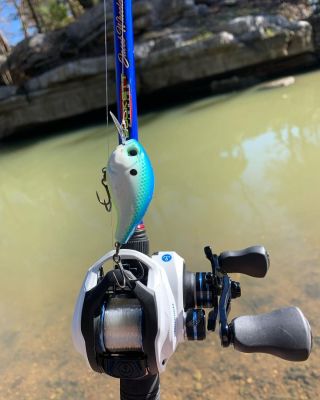 Over the past several years, one of the best anglers in the world is Major League Fishing pro Jacob Wheeler. He's an angler that always seems to find himself near the top of the standings and has proven that he can catch fish everywhere and with a variety of different techniques.

During the spring months, he keeps an open mind and fishes what the lake tells him, but a crankbait, or several, are always tied up and ready to go on the front deck of his boat.

A Cranky Time of Year

Whether the bass are preparing to spawn or recovering from it, Wheeler will most likely be cranking at some point during the day.

"One of the things that I love about bass fishing is that you can just about always find fish doing different things," said Wheeler. "Just because fish are up shallow spawning doesn't mean they don't all spawn at once. They spawn in waves and some will be in pre-spawn and some will be done and both of those times are perfect for crankbaits."

How he decides which crankbait to use in a given situation involves some trial and error. Also, he pays close attention to the water clarity and temperature as well as the type of lake he is fishing.

READ RELATED: Dave Lefebre On the Baits for Each Stop of the 2021 Bass Pro Tour

Each fishery with bass swimming in it is a little different and that plays into Wheeler's plan for selecting lures, including crankbaits.

"During the spring months, most of the bass will want to be shallow, but they will stage and get ready to spawn at different depths," added Wheeler. "On flat fisheries, they'll be in that shallow zone for a long time, but on highland reservoirs, they may be sitting out in six to ten feet of water before they move up to spawn."

As a result, his crankbait selection will be vastly different based on where he is at the time.

"On TVA lakes like Chickamauga where I live, I tend to fish the shallow flats with a bait like a 13 Fishing Magic Man lipless," said Wheeler. "It has a pretty tight wobble in the ½-ounce size but is a little more aggressive in the ¾-ounce size. It is great for fishing those long points, bars, and wood that are on the flats."

He goes with a deeper diver like the 13 Fishing Troll Hunter Crankbait for highland reservoirs with deeper water near spawning areas.

"I tend to change the crankbait based on the depth zone and the lake," said Wheeler. "For highland reservoirs or places with steep bluff banks and deeper water near flats, the Troll Hunter is great. It has a nice tight action and works great in that eight to 12-foot zone."

Those two baits are two of his favorites, but his best all-around for most situations is a squarebill.

"During the spring, the prime depth zone on most lakes is going to be six feet or less," said Wheeler. "I like the 13 Fishing Jabber Jaw Hybrid Squarebill, which will dive three to five feet of water. That is going to be the right zone during the spring for most fisheries across the country."

With that bait in hand, he feels like he can come into contact with anything and get shallow fish to react.

"It has a nice wide wobble and good vibration," said Wheeler. "It is a solid bait with a lot of good colors and you can bang it into anything. I'll bump stumps, rocks, and anything in front of me with that bait."

Exceptions to the Rules

As Wheeler was running through the different situations for different baits, he paused and added a disclaimer.

"At the end of the day, all of this really comes down to some trial and error," added Wheeler. "There are times when everything is telling you that you need to be throwing a bright-colored squarebill up shallow, but someone is catching them on deep-diving baits in shad patterns. It's part of why I love bass fishing so much; it keeps you on your toes."

With that in mind, Wheeler sticks with what he knows but is willing to experiment if things aren't working out as intended that day.

"It is always a good idea to have a starting point with some of your favorite baits in a few different colors," he said. "That gives you a starting point to go on. It still pays to experiment some time and use some trial and error."

Having a handful of different crankbaits to match different depth zones is the approach Jacob Wheeler takes into every spring fishing trip. By adjusting the bait for different depths and lake types, he feels like he has the upper hand and is prepared for anything he sees on the water.