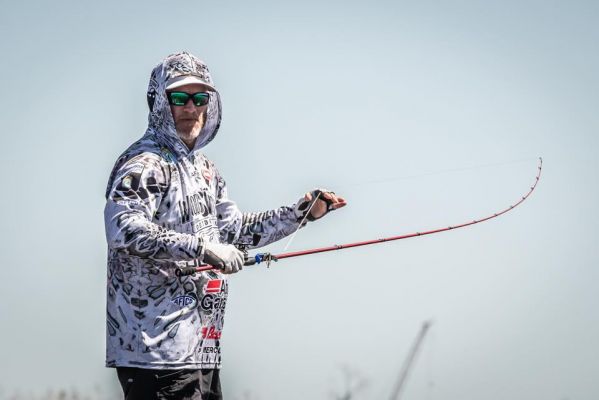 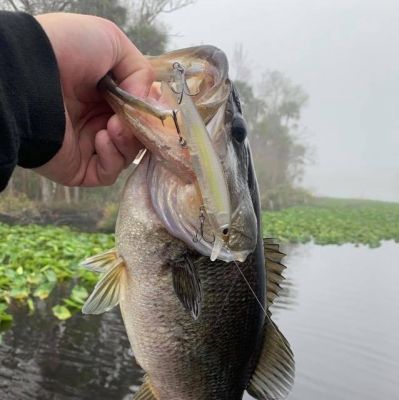 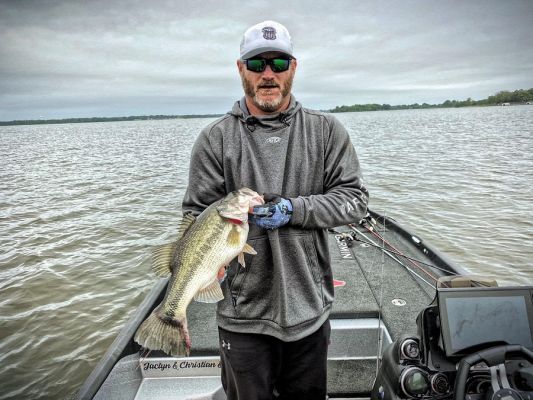 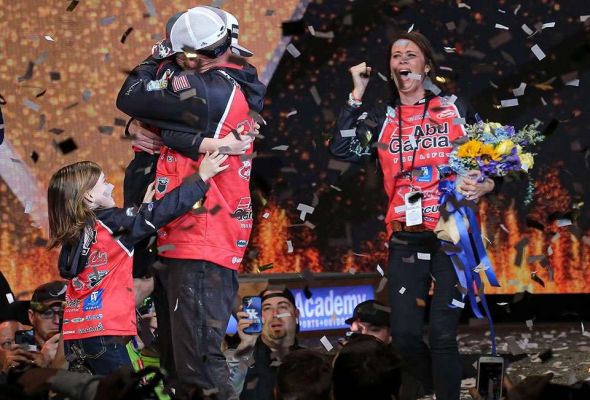 After taking the 2020 Bassmaster Classic title, Hank Cherry proved he has what it takes to win a big one. Now, he’s trying to repeat as champion and will take on the field and Lake Ray Roberts to win again.

To get the win, he’ll have to figure it out in practice as he decided not to visit the lake before it going off-limits. The event was rescheduled from March to June and that played a role in his decision not to visit the Texas lake.

“I had a feeling it would change because of everything going on,” he said. “I knew that whatever I learned from it in March would change anyways. I know the lake is typically pretty good in the spring, but I don’t know how it will fish when we are there.”

Banking on a Late Spring

With the extreme cold weather that hit Texas this year, Cherry thinks things will be delayed and that should help the bite.

“I’m hoping there is a shad spawn or bluegill spawn,” he said. “That should make this event more of a post-spawn deal and early summer instead of straight summer fishing. I’m going to try to use my LiveScope to find some fish and hopefully get on a jerkbait bite.”

When asked for his predicted top patterns, Cherry was ready.

“It’s funny because I actually have it all written out as I plan for the tournament,” he said. “My new Berkley Stunna jerkbait would be number one and the second on the list is the Berkley Choppo. The third would be a big ten or twelve-inch Berkley PowerWorm.”

Cherry is known as a jerkbait guru and it makes sense that he was tasked with designing a new bait for Berkley. He said Berkley would release the bait at ICAST and there are two versions, shallow and deep.

“It is a 115 size and casts a mile,” he said. “I designed the baits to have the perfect cutting action and it continues to roll a little when the bait stops. The deeper version gets down deeper, but the lip was critical, and I wanted to make sure it would deflect off of trees, riprap and docks.”

That is part of his plan for the Classic and he will put it to good use while keeping an eye on his front-facing sonar.

The second bait Cherry plans to use at the Bassmaster Classic is the Berkley Choppo in the 110 size.

“That is such a confidence bait for me and the 110 size is the best all-around one they make,” he said. “I’ll be throwing it around trees, rocks, and anything I see in the water while looking for fish.”

For colors, he’s as basic as they come and sticks to just two different colors. This is how he approaches all of his topwater fishing and it works out nicely for him.

“I like a white bait when it is sunny and go with a black color anytime it is cloudy,” he added.

With this event likely to be dominated by fishing away from the bank, Cherry plans to use a ten or twelve-inch Berkley PowerBait PowerWorm.

“I’ll be looking for brushpiles and also fishing it around standing timber,” he said. “Anytime you have a lot of trees in a lake, there are going to be trash piles of limbs and stuff that break off and fall by the base of the trees. I’ll be watching with my side-imaging and LiveScope to look for these areas.”

He’s planning to stick with the big worm since the Classic is truly a winner take all event. The timing of the event is another factor as fish are feeding up after spawning.

“The big worm gives you the best shot at a big bite and that’s what you need in this event,” he said. “Plus, it always gives you a chance at big fish during the post-spawn and throughout the summer.”

“I pretty much only use Black Blue Fleck or Green Pumpkin on the worms,” he said. “Once in a while, I will dye the tail of the Green Pumpkin worm with some chartreuse, but that’s it.”

Bassmaster Elite Series pro Hank Cherry goes into this year’s Classic as a champion and is preparing to defend his title in Texas. He believes that fishing offshore with three of his confidence lures during the post-spawn and summer gives him the best odds to repeat.