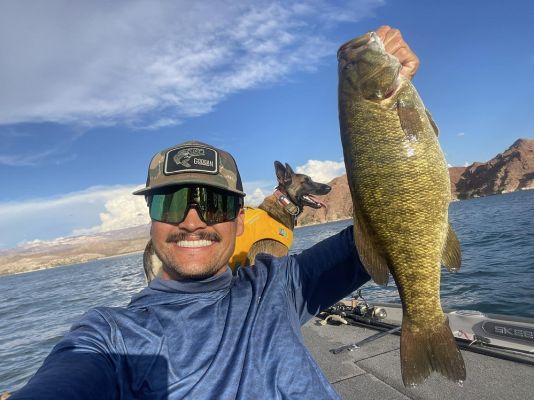 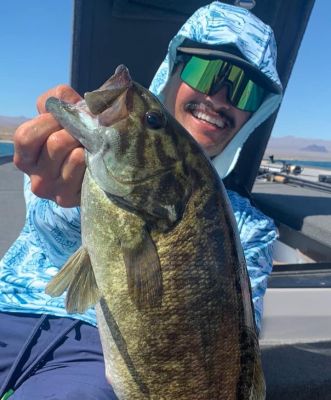 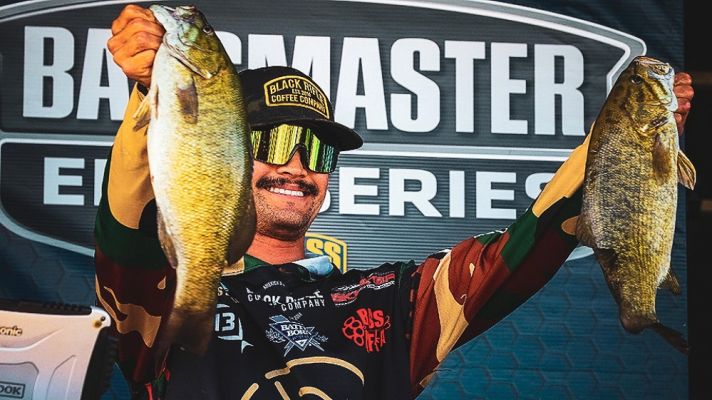 Fresh off a 5th place finish at the WON Bass U.S. Open on Lake Mohave, Bassmaster Elite Series pro, Chris Zaldain is still in smallmouth mode. The deep and clear reservoir was a welcomed change for him and allowed him to fish in his home region again. His success in that event primarily came from fishing deep with finesse, which he loves to do.

"It was great to come back and fish against my old fishing buddies on the west coast," said the Californian-turned-Texan. "It's such a good event and it was great to fish such clean water after fishing shallow and dirty water for much of the Elite Series season. I was fishing shallow and deep, but the fish were not in that fall transition yet and most of the big ones were out deep."

Zaldain believes that fall is when bass are in the extremes, either very shallow or really deep. This is how he approaches fishing as summer turns to fall.

"Mohave was a good example because it was still scorching and the fish weren't quite in the fall mode," he said. "You could catch fish shallow in the grass, but most of those bass were smaller. The biggest smallmouth were still in 25-, 30-, 35-feet and even deeper water."

Zaldain leaned heavily on his Humminbird MEGA Live forward-facing sonar to target the fish and went with a drop-shot and a Ned Rig.

"When it was calm, the Ned Rig with a 3/8-ounce jighead and Googan Baits Rattlin' NED Stick Bait, you were much better off fishing it in those conditions," he said. "Other times, it was a drop-shot with a finesse worm and a ½-ounce drop-shot weight; the weight size was key. I like the heavier weight to get it right down to what I see on my screen, I caught fish as deep as 47 feet down and the bigger weight is critical in those depths and makes you much more efficient."

"The braid to fluorocarbon is crucial for deep fishing with finesse to detect those light' pressure bites' because they weren't hitting the bait hard at Mohave; it would just feel heavy," he said. "The other key was a crisp rod and that Envy Black is very sensitive. It's what I used at Mohave and the same rod I used to catch 27-pounds of St. Lawrence River smallmouth in the Elite Series event."

Landing big smallmouth requires a complete system, according to Zaldain. The little things in his gear allow him to land more of what bites. During the U.S. Open, he had an excellent finish but wasn't getting many bites. In fact, he only had four keepers on the first day and culled just a handful of times on the last two days of the event.

"The whole setup is important because you want to land more fish in a tournament or even if you are out fun fishing, nobody likes to lose fish when you aren't getting a lot of bites in a day," he shared. "The line is critical and the medium-light action of that rod also has more give, which is important when you have a big smallmouth at the side of the boat with a small hook. Another great thing about that rod is the full cork foregrip, which gives you a more balanced grip for fishing all day. You don't see that in many of today's rods, but it gives you more sensitivity and helps with landing fish."

Another approach Zaldain used during practice and the U.S. Open tournament days is fishing shallow. It wasn't as big of a player for him as the deep bite, but important nonetheless.

"I was targeting isolated grass clumps with a wacky rig," he said. "It's no secret how good a stick worm like a Googan Baits Lunker Log, especially in clear water western reservoirs."

His rod of choice for fishing this way is the 6-foot, 9-inch medium 13 Fishing Envy Black spinning rod. "That's my accuracy rod and it's also good if you are fishing around docks and skipping under them," he said. "At Mohave, it was good for fishing those isolated grass clumps. It has a beefier feel and is great for getting bass away from cover once you hook them."

Fishing for desert smallmouth in the heat requires a complete setup that maximizes your bites. For Zaldain, that meant primarily sticking with deep water fish still in their summer pattern, as he knew it offered him the best shot at catching the big ones that he would need for a top finish.