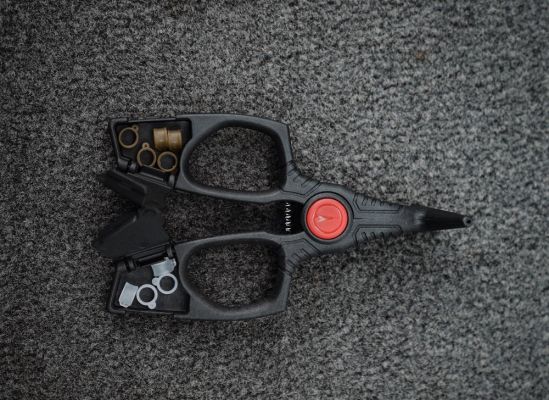 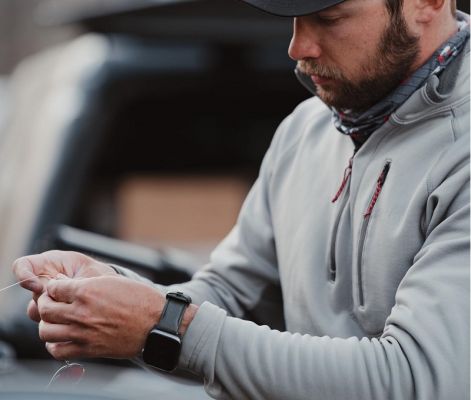 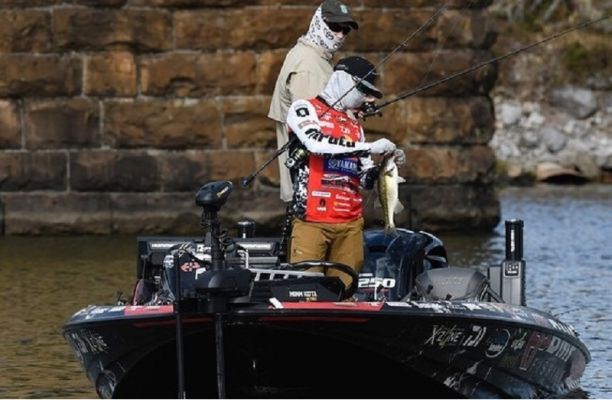 The finesse fishing style has become mainstream for bass anglers and helps put fish in the boat when fishing is tough, whether due to the season, fishing pressure, or ultra-clear lakes. Idaho pro Brandon Palaniuk has learned that fishing this way is a must at times, whether he's fishing for fun or competing on the Bassmaster Elite Series. He's scored big wins in his career with light line and some finesse terminal tackle items never leave his boat.

These two techniques are a significant part of Palaniuk's arsenal and he fishes them both often.

"I like the Neko Rig for more offshore locations and in a lot of the same places that I fish a drop-shot," he said. "It gives the fish a different look (than the drop-shot) even when you are using the same worm. It keeps the bait right on the bottom and has great action."

For Neko rigging, Palaniuk likes the VMC Ike Approved Weedless Neko Hook in Size 1 for nearly all of the situations he is fishing, either with an X-Zone Muscleback Fat Finesse Worm, Deception Worm, or True Center Stick.

"Most of the time, I am using that size hook and the weedless version since I'm always around some type of cover when I am fishing a Neko Rig," he said. "I like to fish it with a VMC Half Moon weight most of the time because I like the action as it falls. The standard VMC Neko Weight is good, but the bait glides more as it falls, but that can also be good at times."

For wacky-rigs, he prefers the same hook for its excellent hookup ratio.

"I feel it hooks them the best," he said. "I like to wacky rig over the Neko mainly when I am fishing shallow around docks or laydowns or when fish are suspended under deeper docks."

One item that helps him quickly switch back and forth between the two rigs is the VMC Crossover Rings, small rings that allow hooks to be inserted differently based on how you are fishing.

"They hold the hook perfectly, so your hook is going the right direction for a Neko Rig, but you can switch the direction of the hook if you want to wacky rig it," Palaniuk said. "Just pull the weight out and you have a wacky rig. They also have pliers that allow you to apply the rings, and the pliers have small compartments inside of them to hold extra rings."

This style of deep-water fishing came to the mainstream several years ago when many of the Bassmaster Elite Series field were finding success during an early-season tournament on Cherokee Lake in Tennessee. This was the coming-out party for a technique that has been done for years in that region. Since then, Palaniuk has become a big fan of the method.

It's a simple jighead with a fluke-style bait and Palaniuk says it excels in cold water.

"It works great when it is cold, but it doesn't have to be," he said. "It works best when fish are in a negative mood or suspended off of the bottom in 25 to 30-feet of water. It also works great when bass are locked to a piece of cover. The bait is just sitting there and it piques their curiosity because it is doing nothing."

He likes a ¼ and 3/8-ounce VMC Neon Moon Eye Jig Head for fishing this vertical technique, which he pairs with a small fluke-style bait.

"That jighead was originally designed for walleye fishing but works great for this bass technique because the bait sits perfectly horizontal when at rest," he said. "I like that it has a lighter wire hook than some others and it seems to hook them well, even when the fish are just nipping at it."

Palaniuk loves the drop-shot because he says it works everywhere and anywhere and he always has at least one rigged and ready to go. Whether he is fishing a drop-shot weedless or with an exposed hook in open water, he likes the VMC Finesse Neko hook.

"I start with a size one, that's the starting point for me, and I'll go bigger or smaller depending on the worm I'm using," he said. "My favorite drop-shot weight is the VMC Tungsten Teardrop Drop Shot Weight. I believe it gives you the best feel and performs better than the ball shape that tends to hang up more and the cylinder style that will create more line twist."

Finesse fishing is a proven way to catch fish when things get tough and Brandon Palaniuk learned a long time ago that it is a must in his profession. He's a big fan of light line techniques and makes sure that the terminal tackle he uses makes him more efficient on the water.