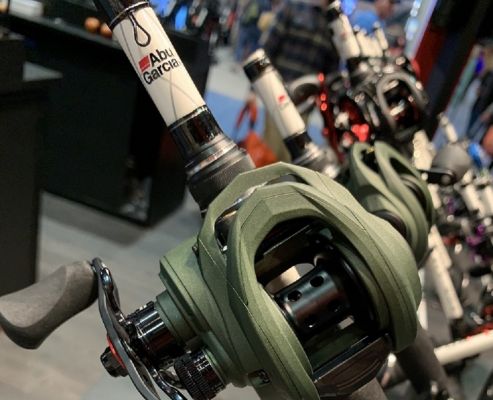 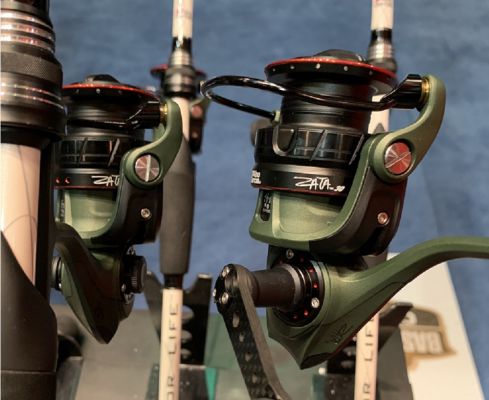 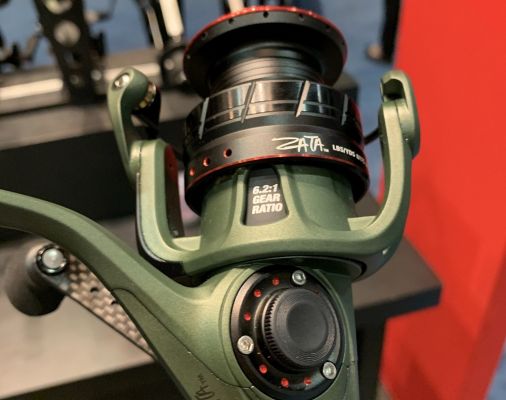 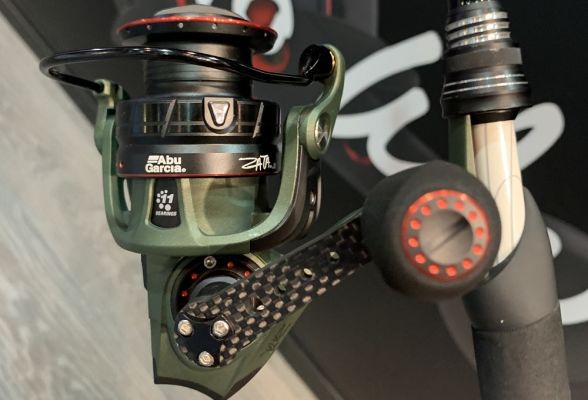 Over the years, bass anglers have become accustomed to seeing new products being released at ICAST that is held every year in July. But, over the past few years, there has been another time for companies to release new products, the annual Bassmaster Classic.

This year there were quite a few fishing lures as well as rods and reels that were unveiled as a “Classic Release,” and one of those is the new Abu Garcia line of reels and combos.

One of the first things you’ll notice about the Zata is the appearance. They stood out in a line of other reels simply due to their color, a green finish that looks like Army green. It has a unique matte finish that is unlike other reels on the market.

Beyond the look, the reels set themselves apart because of their lightweight feel and smoothness during a test spin of the handle.  They feature many of Abu’s features and specifications that they currently use in their REVO lineup.

The baitcasting reels will be available in both right and left-handed retrieve in an excellent all-around speed. Currently, the 7.1:1 is the only option, but this gear ratio will suffice for a wide variety of bass fishing techniques. On the spinning side, the Zata comes in three sizes: 20, 30, and 40.

Additionally, there are four baitcast and two spinning combos. Included in the lineup are a 7’ medium and 7’3” heavy rod with both right and left-handed baitcast reels.

For spinning, there is a 7’ medium rod with a Size 30 reel and a 6’10” medium-light with a Size 20 reel.  The rods used in the combos feature 24-ton graphite and very lightweight.

To cut down on weight, the baitcast reels are made with a graphite frame and side plate. Even though they are lightweight, they feature beefy components like Abu’s Carbon Matrix drag system and Durabrass brass gear.

On the spinning side, they have an aluminum frame with a machined aluminum spool. They also included their Rocket line management system for great casting distance.

One of the highlights of the new Zata series is affordable pricing. The baitcast and spinning reels both start with an MSRP of $169.95. The price of the four combos is $199.99.