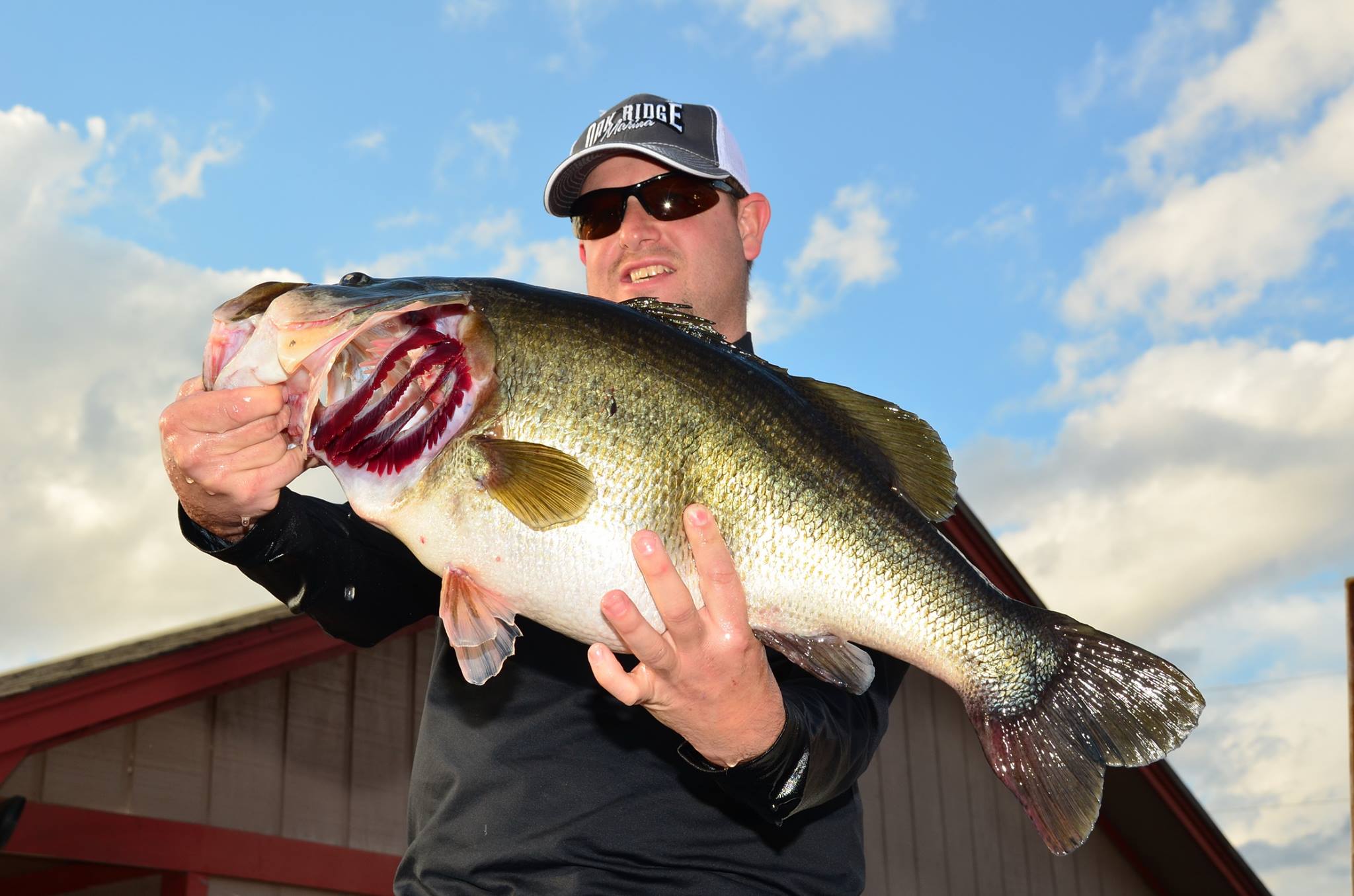 ATHENS—David Roulston of Frisco kicked off the current Toyota ShareLunker season with his catch of a 13.88-pound largemouth bass from Lake Fork November 20.

Roulston was fishing in 25 feet of water with a Brush Hog when the fish slammed his lure.

Anyone legally catching a 13-pound or bigger largemouth bass from Texas waters, public or private, between October 1 and April 30 may submit the fish to the Toyota ShareLunker program. Fish will be picked up by TPWD personnel within 12 hours.

All anglers entering fish into the Toyota ShareLunker program receive a free replica of their fish, a certificate and ShareLunker clothing and are recognized at a banquet at the Texas Freshwater Fisheries Center in Athens. Prizes and funding for the banquet are provided by Toyota, which also provides a Tundra pickup truck for use in picking up and returning the majority of lunkers and their offspring.

ShareLunker catches can be reported 24 hours a day, seven days a week during the season, by calling (903) 681-0550. If poor cellphone service prevents use of the voice number, anglers can leave a phone number (including area code) at (888) 784-0600. That number is also monitored 24/7 during the season.

For complete information and rules of the ShareLunker program, tips on caring for big bass and a recap of last year’s season, seewww.tpwd.texas.gov/sharelunker. The site also includes a searchable database of all fish entered into the program along with pictures where available.

Information on current catches, including short videos of interviews with anglers when available, will be posted onwww.facebook.com/sharelunkerprogram. “Like” this page and you can receive notification and photos of catches as soon as they become available.

The Toyota ShareLunker Program is made possible by a grant to the Texas Parks & Wildlife Foundation from Gulf States Toyota. Toyota is a long-time supporter of the Foundation and Texas Parks and Wildlife Department, providing major funding for a wide variety of education, fish, parks and wildlife projects.

David Roulston of Frisco caught Toyota ShareLunker 558 from Lake Fork November 20. The fish weighed 13.88 pounds and was 26.75 inches long and 20.5 inches in girth.