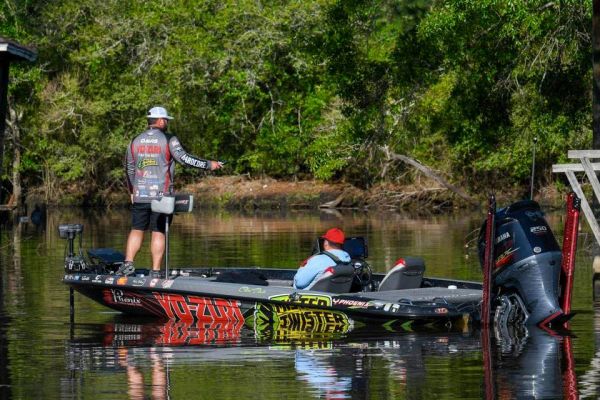 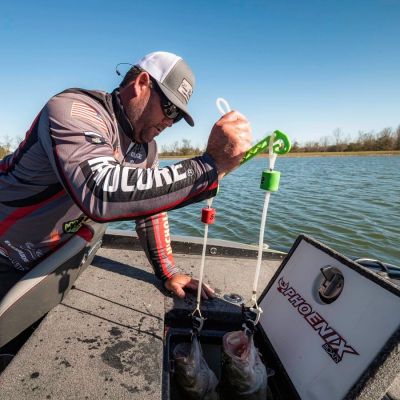 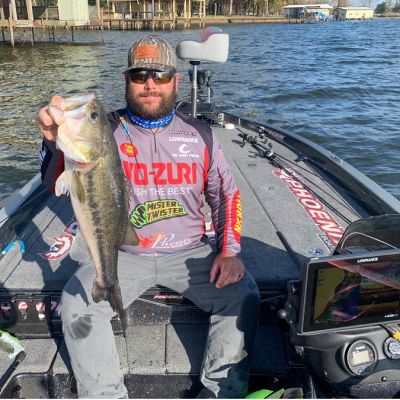 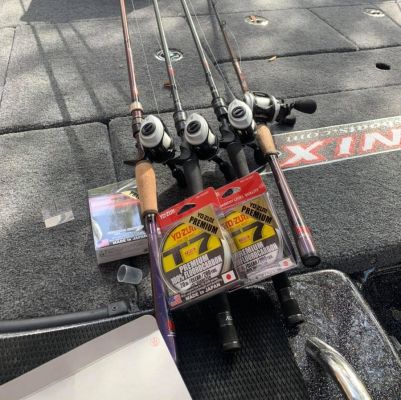 As a past winner of the Forrest Wood Cup, Alabama’s Clent Davis has an opportunity to join an exclusive club if he can add a Bassmaster Classic trophy to his name. This year’s Classic is on Lake Ray Roberts in Texas and Davis is thinking it will be won fishing offshore. That’s his plan going into the event and he’s keeping things simple.

Thoughts on Texas in the Heat

Davis has never been to Ray Roberts and did not make a pre-practice scouting trip to the lake, but he has an idea of how it will fish.

“It lays out like most Texas ponds and is full of timber,” he said. “I think the tournament will be won fishing offshore. Maybe not necessarily in deep water, but away from the bank.”

He also believes there will be some dandy bass weighed in at the event, even if the fishing is tough.

“It is Texas, so you know there will be some big fish in the place,” said Davis. “I think it will fish similar to Lake Fork where when you get a bite, it will be a good one. The only question is if there are enough fish to go around with all of fishing the same places off the bank.”

Having never seen the lake, Davis thinks post-spawn and summer staples should be a factor at the event. He listed swimbaits, jerkbaits, big worms, crankbaits, and topwaters as things he’ll have ready when practice arrives.

“It’s typical stuff for that time of year,” he said. “I can see a good topwater bite early in the morning and then heading out. I can see us doing a lot of dragging around out there to get bites when it gets hot as the day goes on.”

To start each morning, Davis thinks topwater fishing will be a way to catch a few fish while they are still active and willing to eat on the surface. His bait of choice will be the Yo-Zuri 3DB Pencil 125 in the larger five-inch and one-ounce size.

“I’m trying to win $300 grand, so I am going to go with the big stuff,” he said. “Plus, they feed predominately on gizzard shad down here and a bigger bait helps to match that. That bait casts a mile and is a lot heavier than most topwater baits. That makes it so the fish don’t come up to hit it and blow it out of the water as they can do with lighter baits.”

Davis keeps it basic with his topwater color selection and no surprise; his favorite color is bone.

“Bone is always going to be a good topwater color and it works everywhere,” he said. “I will mix in the Prism Shad color sometimes if it is really clear, but I don’t expect it to be at this one.”

He’ll focus on points and around standing timber in places he thinks bass are suspending. Another thing he will mix in is a jerkbait.

“The jerkbait will be the same deal, and I’ve figured out that they will always eat a jerkbait in Texas,” he said. “I’ll use the Yo-Zuri 3DB Series Suspending 110 and the big Duel Hardcore Minnow Flat 130.”

For his topwater, he’s a fan of straight braided line and opts for 50-pound Yo-Zuri SuperBraid. For his jerkbait, he likes 14 to 16-pound Yo-Zuri T7 fluorocarbon.

“I always go a little heavier on my jerkbait line when I am fishing around timber,” he added.

Davis anticipates cranking a good portion of his time in Texas and will be using everything from small shallow diving crankbaits to huge crankbaits baits like the new Hardcore Crank 7+.

If things get tough, he has a weapon he calls the “auto bass” because it automatically gets bites for him. That bait is the bite-sized Yo-Zuri 3DS Series medium running crankbait that will get down to six feet deep. It is a two-inch bait that weighs a quarter of an ounce.

“If it gets tough out there and I am just trying to get bites, I’ll pick that up,” he said. “That thing always gets bit. I really like the Tennessee Shad color.”

He fishes the small crankbait on 10-pound Yo-Zuri T7 fluorocarbon line and he’s been highly impressed with the performance.

“It casts great and has no memory at all,” he said. “It is the best line they’ve ever made.”

In 2018, when Davis won the Forrest Wood Cup on Lake Ouachita, it was an offshore bite in brutally hot August conditions. This event is shaping up to have a similar feel with hot weather and fish away from the bank. Davis should be penciled in as one to watch as the Bassmaster Classic begins in Texas.