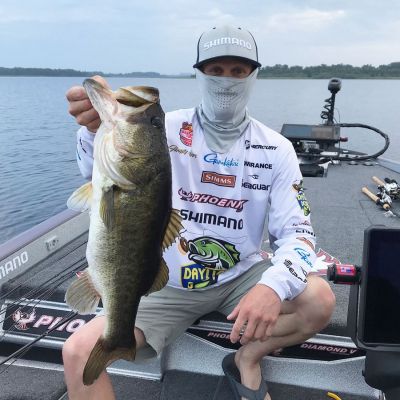 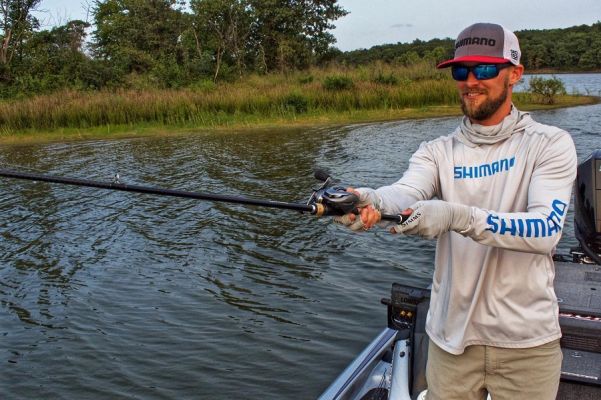 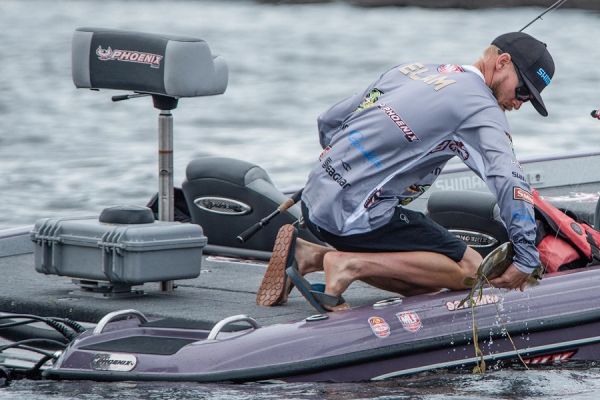 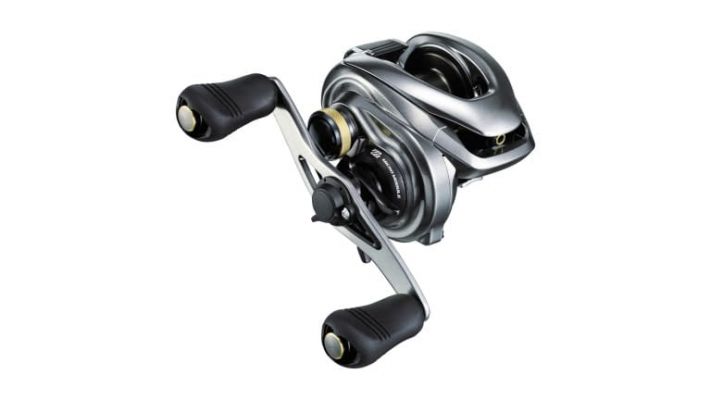 As the seasons begin to change each year around this time, having success in bass fishing comes down to staying on top of the changing conditions. Fish are on the move and trying to be one step ahead of them is the balance that anglers must juggle. Oklahoma pro James Elam is experiencing that right now on his home waters but uses his years of fall experience to still have some great days on the water.

As Elam discussed this topic, he was on the water fishing and explaining what is going on while idling his home lake.

"It is tough as it always seems to be this time of year," he says. "We just had our first big cold front of the year and that always tends to push fish shallow. But, overall, the fish are pretty spread out as they transition between the seasons."

While that may not paint a good picture of fall fishing, Elam finds success by targeting proven areas with a small handful of proven fall transition baits. A shaky head, shallow crankbaits, and topwater get the most use by Elam this time of year because they allow him to fish just about everything he'll find in the fall.

Along with going with the tried and true baits, he sticks with the high-percentage locations.

"Flats are always good this time of year because the bass can move on them to feed," Elam shares. "The best ones are the ones that are close to deeper water. I also look for any transitions in the bank because that generally is where you will find the most rock."

Go Big with a Shaky Head

The shaky head is rightfully classified as a finesse technique and most anglers associate it with spinning gear, but Elam likes to go big and fish a magnum worm and utilize baitcast equipment.

"I'll drag it and fish it a lot like a jig," Elam says. "It doesn't have as much drag as a jig, so you can get it to the next rock that much quicker."

He likes a magnum finesse worm and fishes it on a 5/16-ounce head with 12 or 15-pound fluorocarbon. His rod and reel of choice are a 7'2" medium-heavy Shimano Expride paired with an 8.1:1 Shimano Metanium.

"That Metanium really throws that bait well," he says. "I use that reel for just about everything and love how well it feels in your hands. With three different gear ratios, you can just adjust that and keep the same feel going from technique to technique."

Another way Elam targets bass this time of year is with a topwater and it can be everything from a small popper to a wake bait to a jumbo walking bait. He'll also mix in a buzzbait for good measure.

"It basically comes down to what the fish want that day," Elam shares. "For isolated cover or when they want something subtle, it is the popper. Some days they'll eat a spook fished fast and that allows you to cover more water. I'll throw a wake bait when the water is more clear because that is like a less intrusive topwater bait and then use a buzzbait in really shallow water when it is stained."

Again, he most often uses a  Shimano Metanium reel in the 8.1:1 ratio and adjusts his rod based on the bait size.

Another way that Elam finds success this time of year is with shallow crankbaits and he uses a bunch of them depending on the conditions.

"I have a box of different ones and each day is a little different," he says. "I use a lot of 1.5 size baits but also use some flat sided baits when the fish are a little more finicky."

He likes a 7'2" medium-light plus Shimano Expride paired with a 7.1: Shimano Metanium reel for the flat-sided bait. "It is mainly just casting to the bank and accuracy isn't as important. I'll go with a 6'10" medium with the squarebill because it is more target-oriented and the shorter rod helps you to be more accurate with your casts."

Fishing during the transition between spring and fall can be challenging, but it can also be rewarding to stumble on a group of hungry bass. Major League Fishing pro James Elam stacks the odds in his favor of doing that by using proven baits and sticking to the high-percentage areas.