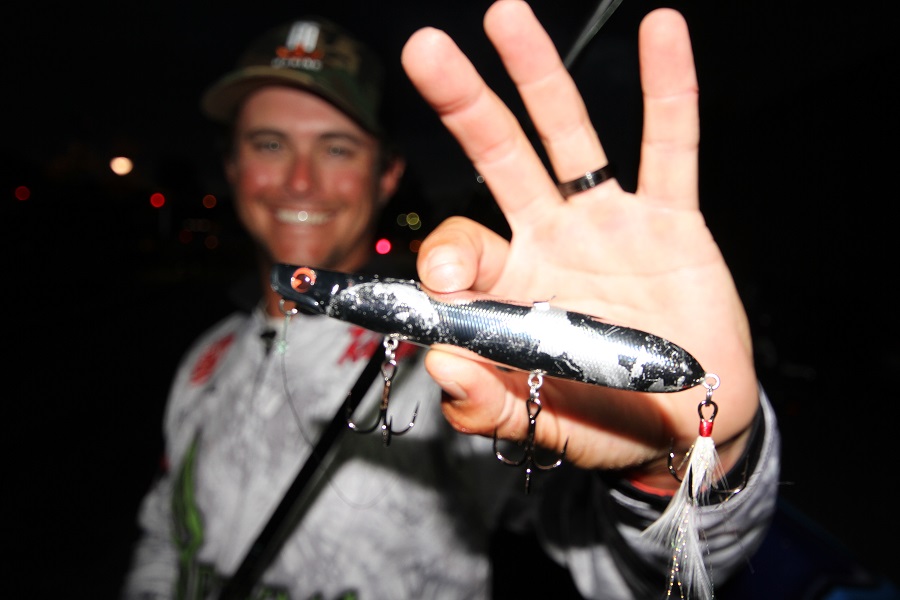 Justin Atkins won the Forrest Wood Cup on Lake Murray, SC by using an Ima  Little Stik 135. He caught all fifteen bass that he weighed in on the pencil popper style topwater and amassed nearly 60-pounds of bass over three days on his way to a $300,000 payday. 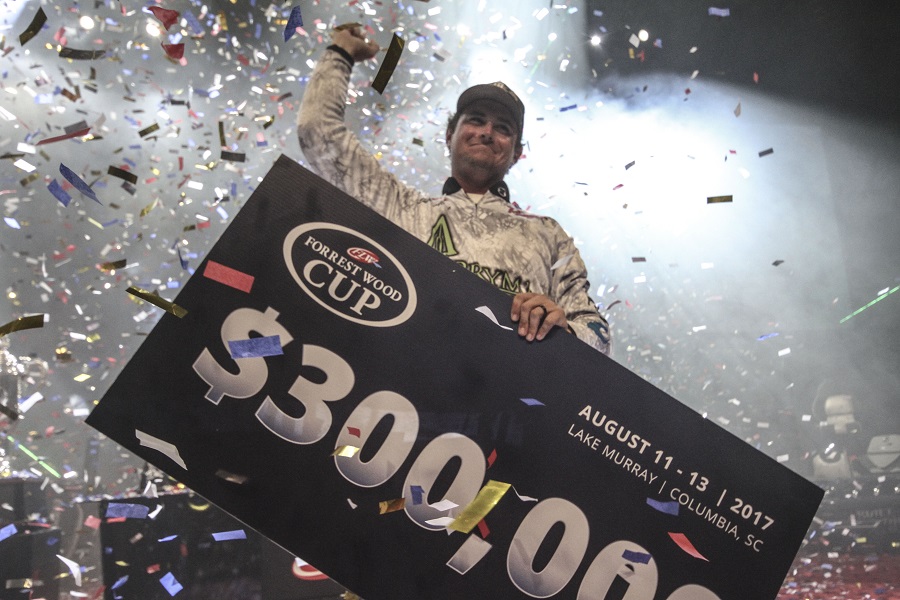 This was the first time he had ever used the lure and that shows both how fast he picked up the technique and how effective it can be if you commit to it.

Even though it was his first time with this particular bait, he is a long-time fan of oversized topwater baits because of their ability to catch bigger than normal bass.

What Makes the Little Stik so Good?

Atkins uses a big topwater often near his home waters on the Tennessee River lakes, but often in shallow water. The drawing power of the Ima Little Stik was what attracted him to this bait.

“When the fish are in deep water, you need something with a big commotion on the surface to draw them up from 10- to 20-feet of water,” he says. “During practice for the Cup, I tried big walking baits and other lures and didn’t have success. I also like how far you can cast it and how well it stays on the surface even with some chop on the water. The other topwaters I tried would plow into the waves and maybe half of your cast would be wasted, the Little Stik didn’t do that nearly as much.”

Topwater fishing is generally going to be best in low light conditions and that is when Atkins loves a big topwater.

“The wind, clouds, rain and nasty weather is usually the best,” he says. “Anything with a good chop will break up the profile of the bait and with a big topwater like this they can definitely still see it and hear it.”

Retrieves for the Ima Little Stik

During the Cup, Atkins employed several different retrieves to generate strikes. It was dependent on fish activity and is something that can help anglers with any topwater lures.

“When the fish were schooling and busting on herring, I reeled it as fast as I could, trying to make as much noise as I could,” he shares. “When I was trying to call fish up from deep water, I fished it with a normal cadence and kept it constant.”

One major difference maker for him in the win was being able to call fish up from specific targets that he was able to find on his electronics. 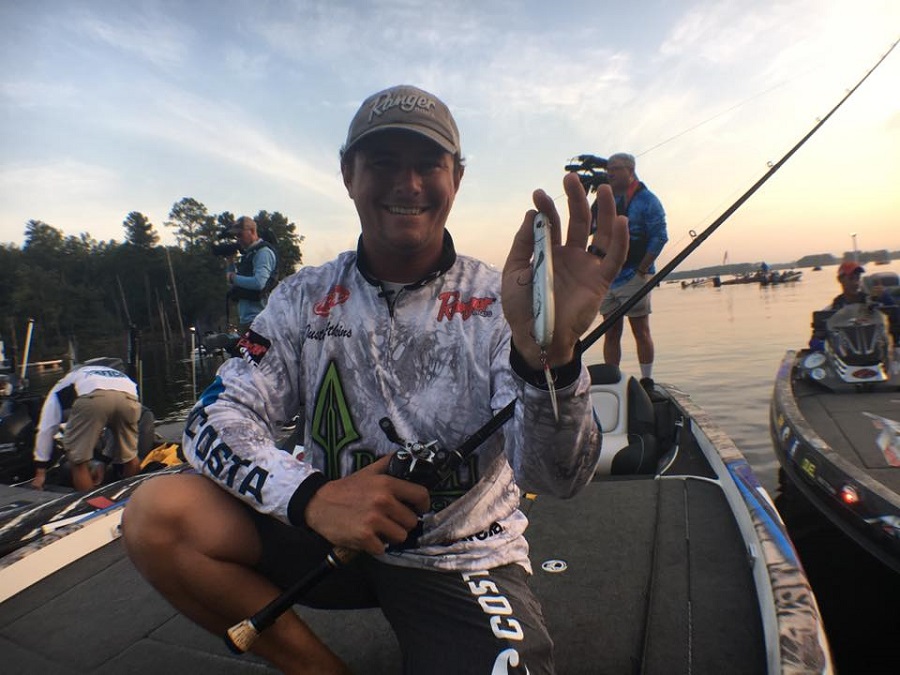 Lake Murray has cane piles, a type of artificial standing structure that helps hold fish vertically. It is the same principle as bass suspending next to bridge pilings, trees and brush piles while feeding on baitfish.

In this instance, Atkins slowed down when his topwater was over the cane piles.

“I could tell exactly where the piles were by looking at my Humminbirds with the Mega Imaging and could work the bait right above it,” he begins. “I would walk the bait with a slack line, almost like a jerkbait. It would work hard to the right and hard to the left but not move forward very much and then once I was out of the zone I would go back to a normal cadence.”

There are many different setups that will handle a jumbo topwater like the Little Stik, but Atkins experimented with different rods, line, and reels to develop the perfect system.

Braided line is his choice for the Little Stik and he had 30-pound Berkley Trilene braid spooled up to a Revo SX and STX reel.

“I use both a 7.1:1 and 8.1:1 reel and would have the faster version ready if I saw schooling fish and needed to use a faster retrieve. The braid is important to get a good hookset on long casts,” says the new Forrest Wood Cup champion.

While some prefer braid to a mono leader, Atkins does not like it for this bait.

“Sometimes with the leader on this bait, the braid will cut through the mono and the bait will go sailing on a cast,” he shares. “The idea behind the leader is good because it prevents the braid from wrapping around the trebles, but that doesn’t happen to me enough to outweigh the risk of the leader breaking.”

His rod of choice is a 7’5”, medium-heavy composite rod built for crankbaits.

“It loads up well with big fish and also compensates for the lack of stretch on the braid. It also has some give to make sure you don’t rip the hooks out of the mouth of the fish,” he adds.

One modification he makes to the Little Stik is to swap out the hooks with Owner ST36 in the #2 size and attach an Owner feathered trailer to the back.

Fishing the Little Stik for the first time led Atkins to the biggest tournament win of his career. He was a quick study with the lure and proved that this is a bait built to catch big bass.