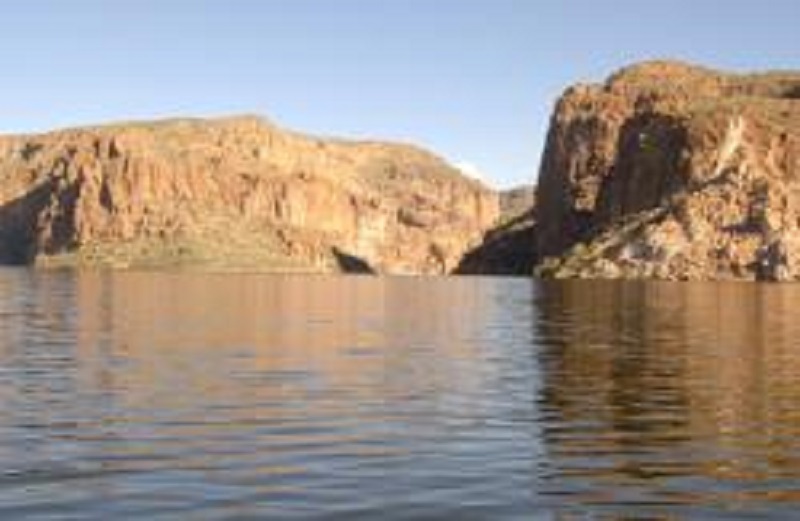 PHOENIX -- To protect large fish that are targeted by tournament anglers, the Arizona Game and Fish Department has requested that the USDA Forest Service temporarily suspend angler tournaments from Apache, Canyon and Saguaro Lakes until environmental conditions improve.

Golden alga blooms have developed over large portions of Saguaro and Apache Lakes. Golden alga produces a toxin (prymnesin) that affects any organism with gills. Currently, the primary species that is being affected is threadfin shad. However, sunfish in Saguaro have also begun to die and Asiatic clams are dying by the tens of thousands. Golden alga toxin can be detected by fish and they will seek areas of refuge were they can recover; however, clams can't move and they die where they live.

A day after a recent bass tournament at Apache Lake, 38 two- to eight-pound dead bass were counted at the release site. These bass were caught in an area of no or low toxicity and released in an area of an active toxic golden alga bloom. Other than threadfin shad, no other dead fish species were observed at the release site (no sunfish, catfish, carp or small dead bass were encountered).

Some tournament participants stated they were having difficulty keeping their bass alive in the live well. If fish are caught below a toxic layer and placed in a live well, the golden alga toxin can then be delivered straight to the fish if the bloom is active on the surface. Basically, these fish were removed from an area where they could survive to an area where they could not.

Golden alga blooms are not a public health threat. The toxins that golden alga produce are only harmful to gill-breathing organisms such as fish and clams, and there is no evidence they are harmful to people, livestock or other animals. However, as a common sense precaution, fish that are found dead or dying should not be consumed.

Based on previous experience with golden alga blooms on these three reservoirs, the Game and Fish Department has found that as the water warms up, other algae communities will begin to dominate and the golden alga blooms diminish. The department anticipates this will occur by late June or early July.

Did you know?
The Arizona Game and Fish Department receives NO Arizona general fund tax dollars? We hold the state's wildlife in trust for the public without a dime from Arizona taxpayers.