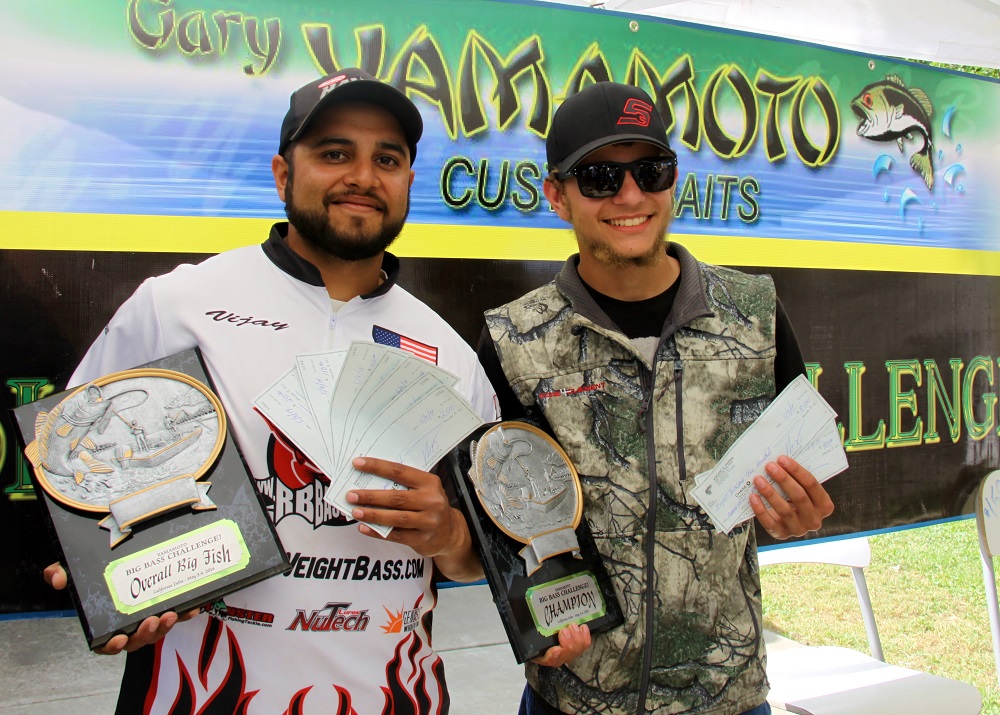 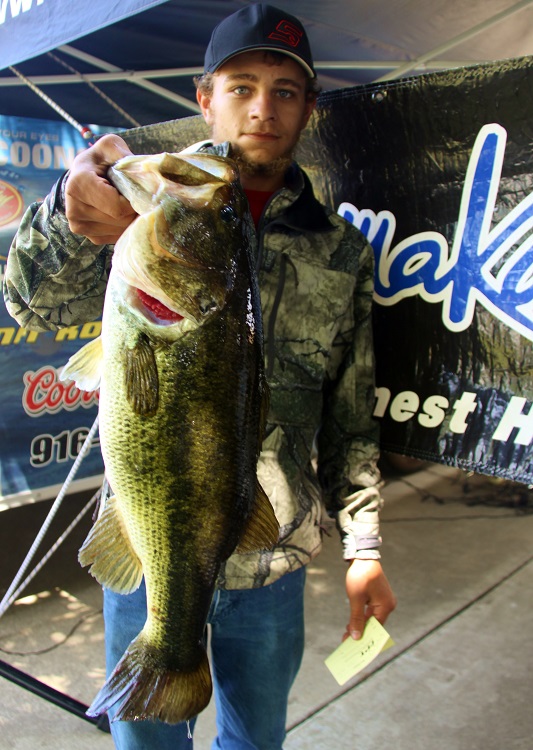 Although it may often be thought of as the "Senko De Mayo" celebration on the California Delta, for Vijay Malhotra the money maker of the 2014 Yamamoto Big Bass Challenge was the Flappin' Hog. With the Flappin' Hog on the end of his line, Malhotra flipped his way to a big payout with a record-breaking, six solo cashes including the "Overall Big Fish" check in this year's Yamamoto Big Bass Challenge.

Malhotra and partner Nick Abaro competed against 270 other entrants in this year's Delta event. Many were caught off guard by the sudden drop in air temps and spike in wind gusts, however Mahotra and Abaro weathered the conditions well.

The team held to the pattern they found in practice the week prior and it paid off. Malhotra  claimed two hourly payouts on Saturday and made an even bigger splash on Sunday earning three more, while Abaro added another.

The team found their fish with a Flappin' Hog on a punch rig which consisted of the creature bait in copper/orange flake and a 1  1/2 oz, green pumpkin weight with a Paycheck Baits punch skirt and punch stop. "We punched all over the place, we even caught the seven right up here at the top of Frank's Tract," said Malhotra. "We were punchin' areas with frog mats, near current that had about six-feet of water underneath of it."

Malhotra and Abaro learned last year that the Yamamoto event wasn't only about big fish, it was also about timing. The team was bounced out of a top-spot in the first hourly payout on Day Two last year with an 8.87, as two nines came in the same hour. Knowing this, strategy weighed heavy on their mind. "Sunday we got two big ones right away, but we didn't want to weigh the first hour, because of what happened to us last year," recalled Malhotra. "I was pretty confident that I wanted to weigh the big one at the end of the day. I wasn't completely sure about the other ones, but everything fell in to place. It was a day of making good decisions."

Little did they know, they had the biggest bass of the event in the box all day and it could have been weighed in on any hour of any day and it would of held. Malhotra's final haul netted another first seat payday and the big fish check for $2,500

The team split costs and winnings. "Netting 'em is just as important as catching 'em and we worked together to get this done," said Malhotra.

By the end of awards, neither had decided on their future plans for the money, but there was talk of a potential bass boat in the future.

At about 12:30 p.m. on Day 2, a bass that went 6.74 bit a 6 inch, watermelon red Senko held by Jacob Picciuto. Without the thought of strategy, Picciuto made his way to the scale and found himself with a first place seat, a top payout at the 5th weigh-in of Day 1 and a spot into the Super-12 drawing.

As the drawing came to a close, Picciuto held the event's grand prize of $8,500 in his hands.

When asked what he was going to do with his winnings, he said with a grin, "I'm 19; I work full-time, so maybe I will use it to buy a house.... either that or a boat." This was Picciuto's first time at the annual Yamamoto event. 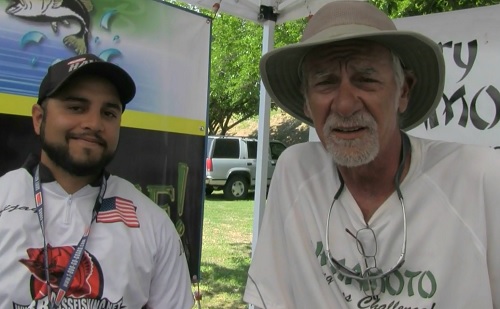 All Daily Hourly Winners Can Be Seen Here: