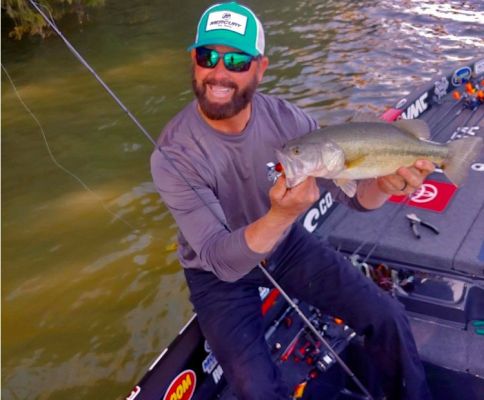 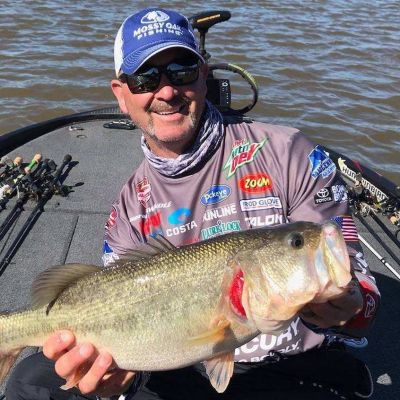 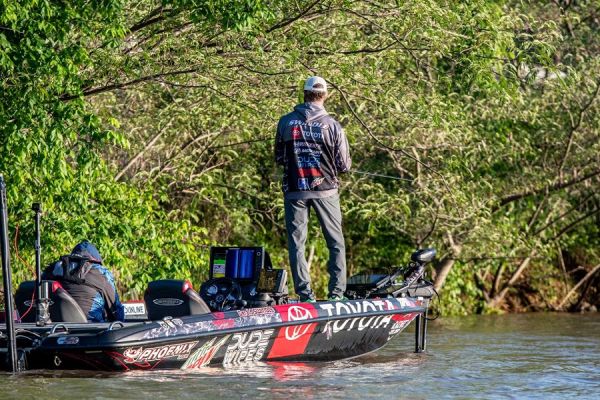 In the world of bass fishing, Gerald Swindle is the undisputed funniest man in the game.

The "G-Man" is quick to make jokes, but he's all business on the water. He's also sensible with the gear he uses as he goes with what works for him and what he's learned through decades as a professional bass angler.

During the summer months, he has a handful of must-have rods and reels that work well for him this time of year.

As Swindle took the call for this article, he was busy rigging up for an offshore fishing tournament to be held on Lake Eufaula, Alabama.

Among his arsenal were five of the same exact rods. He calls the 7'6" medium heavy 13 Fishing Omen Black 3 his "workhorse" because it does so many things well.

"It works great as a flippin' stick but is more like a conversion stick for me because of everything I use it for," he said. "I'll fish a big eight-inch flutter spoon on it, throw a football head on it, or bomb a swimbait out there with it. It is the perfect offshore, summertime rod because it is lightweight but has plenty of backbone with a soft tip."

He'll pair the rod up with either a 13 Fishing Concept A or Concept Z Slide, both in the 6.8:1 gear ratio. He likes the Z Slide for lighter swimbaits as he feels it casts lightweight baits a little better. The gear ratio stays the same for just about everything he uses, all season long.

"Unless I am cranking, I am a 6.8:1 gear ratio guy," he said. "I don't use a lot of fast reels and have learned to fish at that speed with that gear ratio. I can slow down or speed up the retrieve with my hands if I need to."

Fishing deep-diving crankbaits is a staple for summer bass fishing and Swindle loves to do it around his home near Lake Guntersville in Alabama or anywhere the tournaments take him.

"The thing about cranking is that each bait is a little bit different," he said. "A bait like the Rapala DT20 doesn't pull as hard as a giant plug like a Strike King 10XD. They all act a little different."

For tighter baits like the DT20, he fishes a 7'4" medium 13 Fishing Envy Black crankbait rod and opts for the 7'8" medium heavy for bigger crankbaits with a much wider wobble during the retrieve.

Swindle hinted that he's working on some new crankbait rods with 13 Fishing specifically for deep-diving crankbaits. He said that he likes to fish his big crankbaits on a 5.6:1 13 Fishing Concept A reel.

"I've really put that reel through the test, and it will cast a DT crankbait a mile," he said. "It has a deep spool and holds plenty of line. It's about perfect."

As Swindle fishes during the summer, he is often away from the bank targeting big schools of bass. His system for these groups is to rotate through different lures to extend the bite and reignite them if things slow down.

"Each hole I go to, I rotate through different baits," he said. "It could be hopping a jig, throwing a big worm, cranking, or fishing the spoon. But, I'll always have two spinning rods off to the side for those times when nothing else is working."

He knows that finesse fishing is a must and will have a drop-shot and Ned Rig rigged up and ready to go.

"Sometimes the bite just stops," he said. "Fishing pressure can really get to offshore fish and finesse fishing is all part of the rotation. That's the only way to catch them sometimes."

"Both of those rods have a nice slow action without moving your bait too aggressively," he said. "That 7'3" Envy is a little longer than I use for some spinning setups, but it will bomb a drop shot rig way out there. I'll pair both of those with a 2000 size 13 Fishing reel; I don't need a bigger reel with a huge line capacity anymore since I only use braided line with a fluorocarbon leader."

When Gerald Swindle finds himself fishing in the summertime, he spends a lot of his time offshore targeting big schools of bass. His approach is to rotate different baits to trigger bites and keep the bite going. From magnum deep-diving crankbaits to Ned Rigs, he knows that each lure plays a significant role in his warm water success.