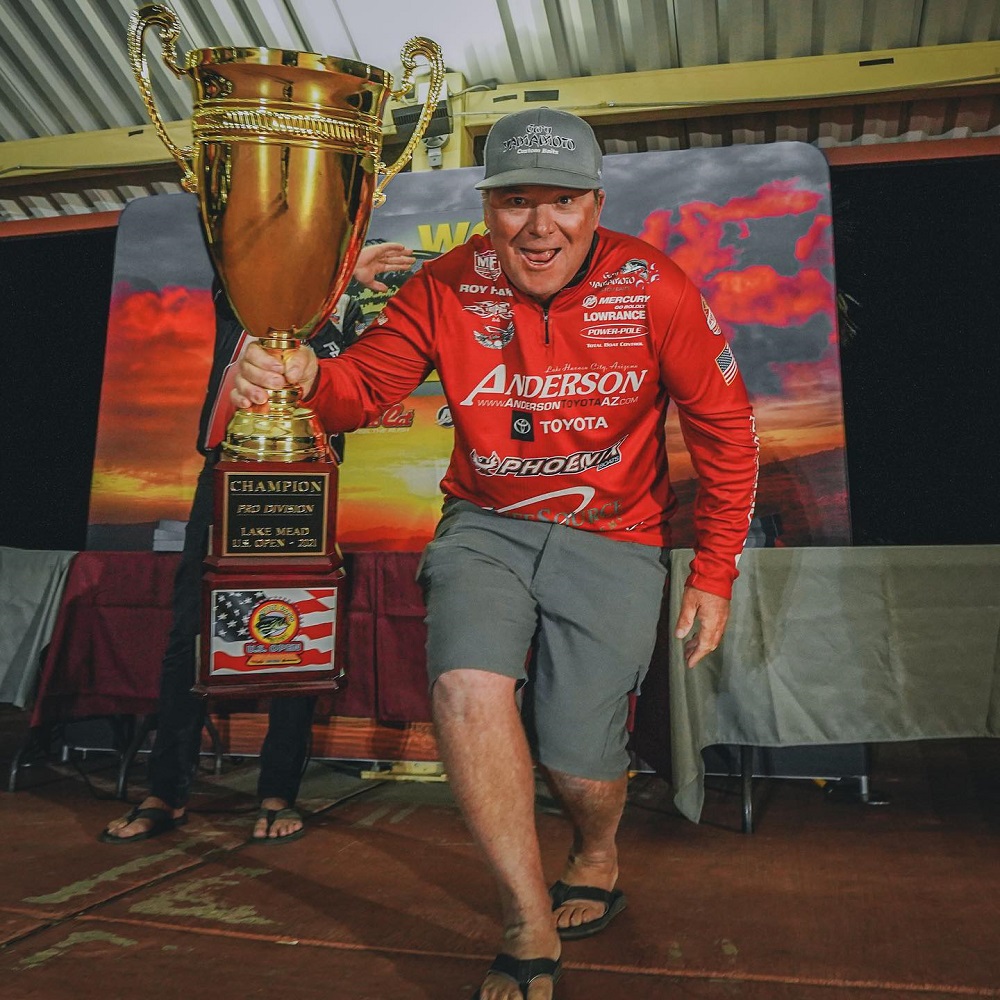 The WON BASS U.S. Open on Lake Mead, Nevada, is the pinnacle event on the west coast. Winning it once cements an angler’s resume forever, but winning it more than once takes the angler to the next level. After winning it in 2015, Roy Hawk added another trophy this year.

This year’s edition was shortened to two days instead of the usual three and Hawk claimed the win with 21.74 pounds, 10.12 on the first day and an 11.62lb bag on the final day. His final day haul included the biggest bass of the tournament, a 4.87lb specimen.

A Conviction to Stay Put

If you look at past U.S. Open winners, the winning bags have come from all over the lake. The Overton Arm, Gregg Basin, and the Vegas Wash all pop up on tournament recaps. It can be won from all of those and this year; Hawk had a feeling to stick with the Vegas Wash, the same area he plied when he finished 2nd last year.

Most of the lake had great grass growth and looked healthy, but Hawk said the Vegas Wash didn’t, but he still had a feeling to stay put.

“I just had a feeling,” he said. “It was a strong conviction and had the Lord in my heart to stay there. Even in practice, I didn’t go anywhere else except to go chase some stripers down by the dam.”

Hawk had a feeling it was where he was meant to be and he decided to focus his efforts on the area when the tournament started.

“It was totally unlike me,” he said. “I always practice the entire lake for a U.S. Open. I never looked anywhere else this year.”

With canceling the first day, Hawk spent his first day of the tournament on Tuesday in Vegas Wash and it didn’t start out great.

“We had one keeper at noon and my AAA caught it,” said Hawk in reference to the shared weight format of the event. “No sane person would have stayed there; it wasn’t rational. I ran to Black Island to try to catch some smallmouth and caught a short and had another hit. Then, I went back and started catching them.”

Hawk finished the day with just five keeper bites and settled in 12th after the first day.

The second day, he vaulted to the win with 11.62lb, including the biggest fish of the day. He and his AAA landed just six keepers on the day.

“We culled, but it was one squeaker for another squeaker,” he said. “All of those one pounders we caught in the tournament week was so important and without those, I wouldn’t have won.” 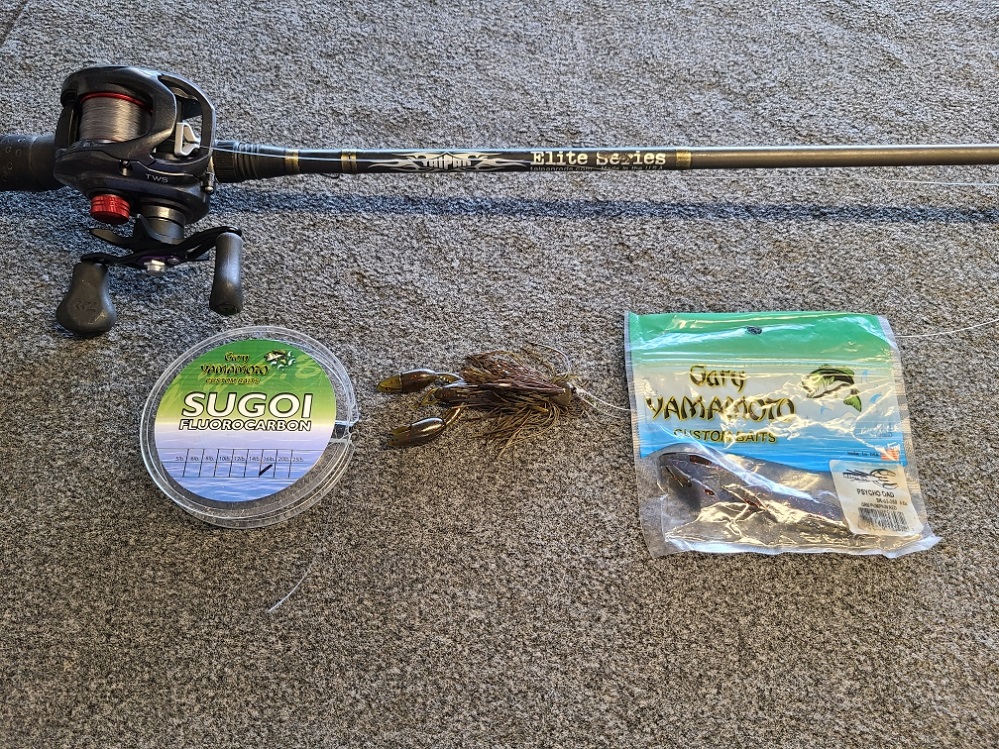 How He Caught Them

Hawk’s primary weapon was a jig and he threw two different versions during the tournament, a custom jig made by his friend Chris Kinley called “My Jig” and a Pepper Custom Baits casting jig. He fished the 3/3-ounce sizes for both and fished “My Jig” on 16-pound Yamamoto Sugoi fluorocarbon and the Pepper jig on 12-pound test in the same line.

“The jig made by my buddy caught four of my biggest fish and I added a Yamamoto Psycho Dad as the trailer,” he said. “It was a green pumpkin jig with some brown in it and the trailer was green pumpkin with red flake.”

Hawk was targeting rocks, gravel with rocks and the prime depth was five to 12-feet deep, with no fish coming deeper than fifteen feet. He said the jig and trailer combination was essential.

“The Psycho Dad doesn’t have a lot of action, but it still has good movement,” he said. “It has the little air pockets in it that make it stand up and it is a great trailer when you need to slow down a little and really creep around the rock. It’s a great jig trailer and also my first choice when bed fishing.”

When fishing the Pepper Custom Casting Jig, he chose a 4” Yamamoto Double Tail in Watermelon Red Flake as the trailer.

“I fished that combo when it was a little bit deeper and clearer and trimmed the Double Tail way back, so the tails were barely past the hook,” he said.

The remainder of his keepers, and those caught by his AAAs, were with finesse worms on drop-shot rigs with 8-pound Yamamoto Sugoi fluorocarbon line.

Hawk ran the gamut during practice when it came to techniques but settled on the jig.

“I tried crankbaits, topwaters, spinnerbaits, and football heads deep,” he said. “Those are all things that have won this event before. The jig was the best option and it was meant to be; I could have just as easily finished 130th.”

With his second U.S. Open win, Arizona’s Roy Hawk is in rare company. He stuck with a plan and made it work in the biggest tournament in the west.