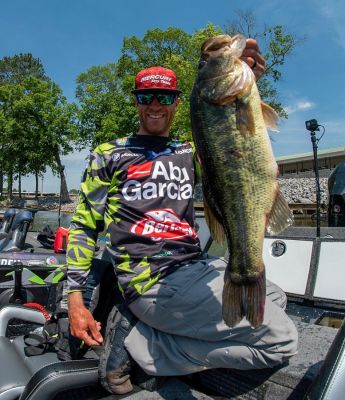 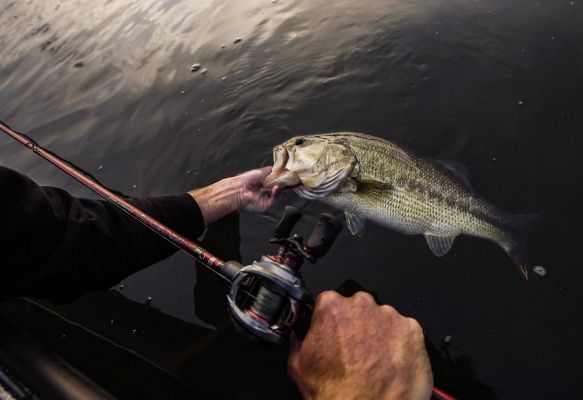 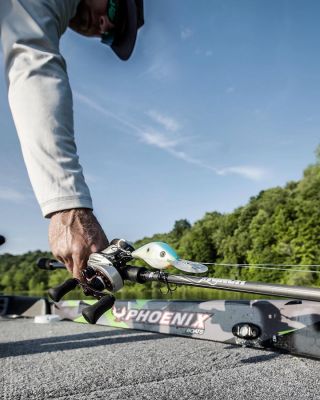 This year will mark Hunter Shryock's second trip to the Bassmaster Classic. The Ohio angler is ready to compete on Ray Roberts, and he thinks the potential is there to win the event from either shallow or deeper water. His preference is to find a shallow bite, but he will explore it all as he vies for the title.

Shryock has seen Ray Roberts for just one day but got a good feel for how the lake sets up and that info has helped him formulate his game plan for when official practice begins.

"I went there one day after our Lake Fork event last Fall," he said. "That was November, so I knew there wasn't a point in fishing it hard since the conditions will be so much different. I rode around and checked it out and it is basically all trees. I didn't see any vegetation, so that should be tricky."

Since the event is in Texas, he expects some monster bass to be caught.

"I think it will be one of those places where if you get a bite, it will be a good one," he predicted. "I will try to find some fish offshore, obviously, but hope to find something shallow because I feel like that is my best chance to win because it is what I am most comfortable doing. I've been checking the water levels and the lake is above full pool, which should be good for the shallow bite."

Head to the Bank

Since Shryock likes to fish shallow, that will be his preferred way to catch them, and he'll check that out first.

"I'll try that first and go from there if I have to," he said. "This is the Classic, so I'm not going to experiment and do something I am not comfortable doing. I'm hoping to stick with the shallow stuff."

He's anticipating an excellent topwater bite due to the event's timing and will flip and pitch as well.

"I'll be fishing a Berkley J-Walker or Choppo and looking for those shallow bream eaters," he said. "I'm hoping I can make that work. I really like the AL-F reel for topwaters and flipping; I gravitate to it because it feels so great in my hands."

For flipping and pitching, he's planning to lean on a creature bait like the Berkley PowerBait Pit Boss or MaxScent Creature Hawg around bushes and willow trees that should have plenty of water around them with the higher water levels.

He opts for a 7'6" medium-heavy Abu Garcia Veracity rod with a Revo AL reel. He prefers 40lb X5 braid with a leader of 20-pound Berkley Trilene 100% fluorocarbon.

"That rod is heavy enough but still has a nice parabolic bend to it," he said. "That allows you still to get good hook penetration without a vicious hookset. You can hook them good with a solid, steady pull, and the rod action also helps when fighting fish."

Offshore as a Backup

If he can't make the shallow bite work, he plans to fish deep-diving crankbaits or a big worm on a Texas-rig or a magnum shaky head.

"If I am going offshore, I will be looking for offshore brush," he said. "I'll also look for typical summer stuff like underwater points and channel swings."

"The new Winch series rods are excellent for crankbaits," he said. "They handle big crankbaits almost like a glass rod but are still stiff enough so you can make long casts."

In addition to cranking, he will also fish a Berkley MaxScent Kingtail worm on the Berkley Fusion19 Football Jighead, a beefed-up shaky head style jighead in the same areas. He will also often fish the same worm on a standard Texas-Rig with a 5/O Berkley Fusion19 hook.

His setup of choice is a 7'6" medium-heavy Abu Garcia Fantasista rod paired with an 8.1:1 Revo MGX spooled with a 12lb Berkley Trilene 100% fluorocarbon line.

As the Bassmaster Classic approaches, pro angler Hunter Shryock hopes the fishing plays into his wheelhouse of shallow water fishing. If not, he's ready to adjust and do his best to come out with a win no matter what it takes.