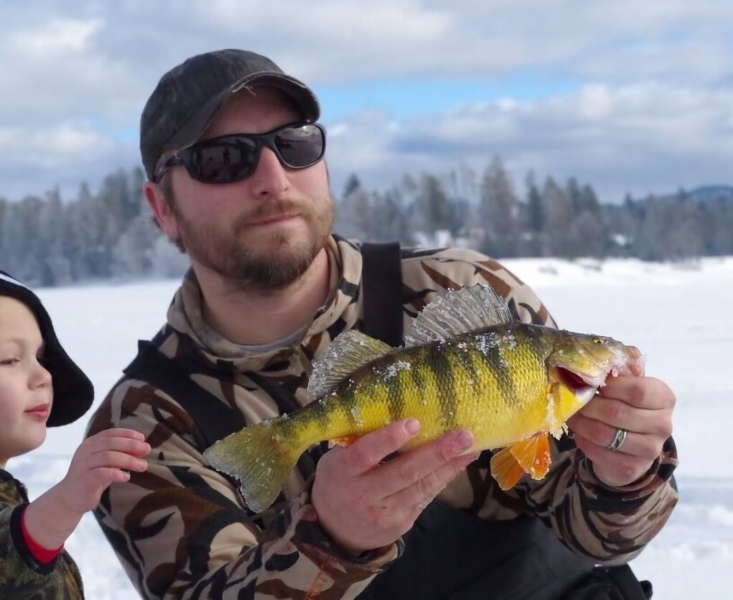 Thomas McLeod set two records with a yellow perch he caught at Lake Cascade in January. His 14.75-inch perch is the new state record for fish caught and released, and he gets an unofficial record as the first person to have a fish recorded in Fish and Game's new records program.

"I can't lose that one," McLeod said.

The 36-year-old said he planned on submitting a fish he caught during his trip to Cascade, and landed a bigger one in late December before the catch-and-release program started on Jan. 1.

His state-record perch also happened to be the first fish he caught for the day, "so that's the one I went with," he said.

But he added he wanted to take some home to eat, and while he would have released a bigger one, he didn't catch one on that trip.

"I'm all about letting some of the big ones go and let someone else catch them, or let them spawn," he said.

He's also hoping he's not a one-hit wonder. McLeod said he has fishing trips planned for steelhead, whitefish, and he may return to Cascade for more ice fishing for perch and trout.

He said he will enter whatever he catches.

So far, McLeod's perch entry is the only catch-and-release record, so the rest are open to whoever submits a fish.

To submit an entry, anglers must complete the record fish application form and provide photographs of the fish (see details below) to Fish and Game. The form can be downloaded at http://fishandgame.idaho.gov/ by looking under the "Fishing" tab for "Record Fish." Direct link: https://fishandgame.idaho.gov/public/fish/?getPage=82.

The form can also be printed and mailed to the department, or taken to a regional office.

Here are guidelines for submitting a catch-and-release record: