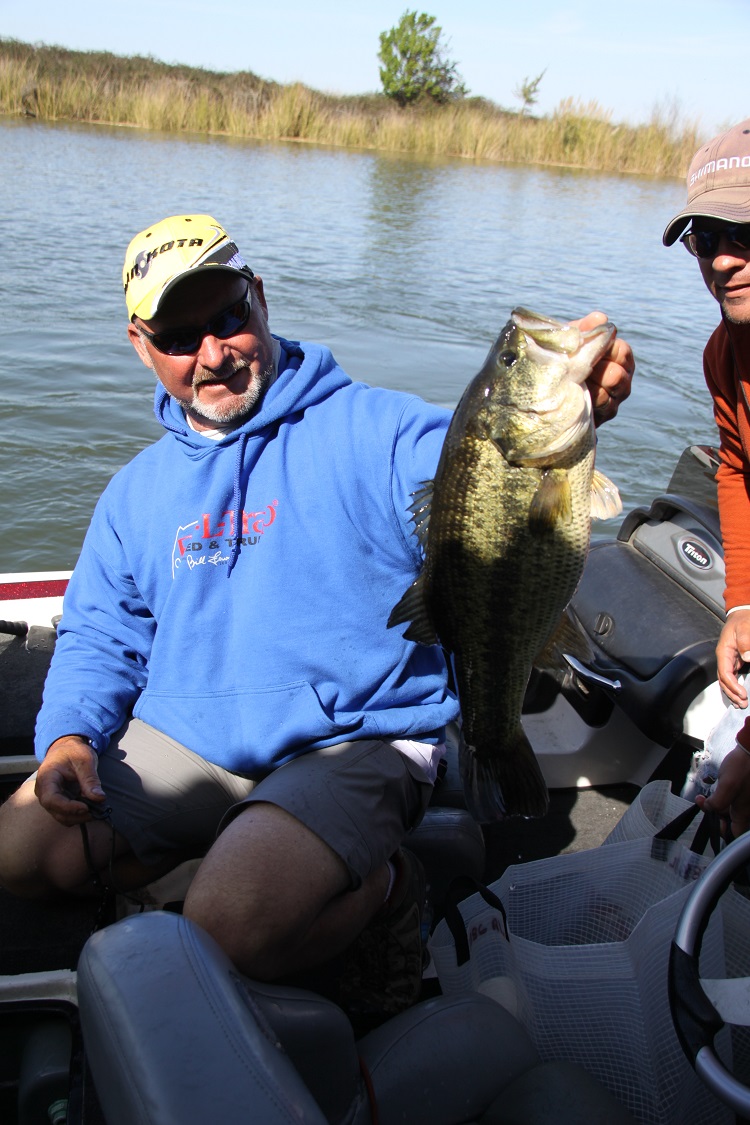 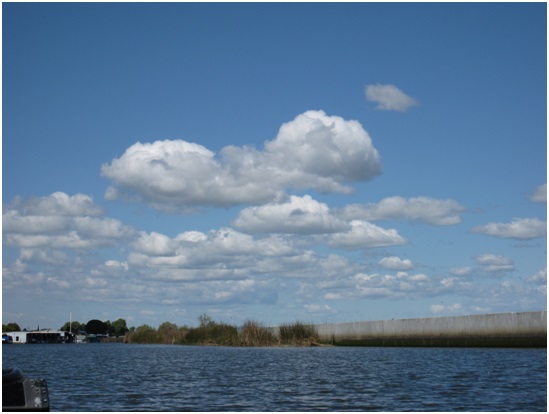 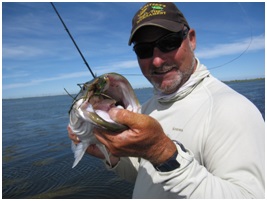 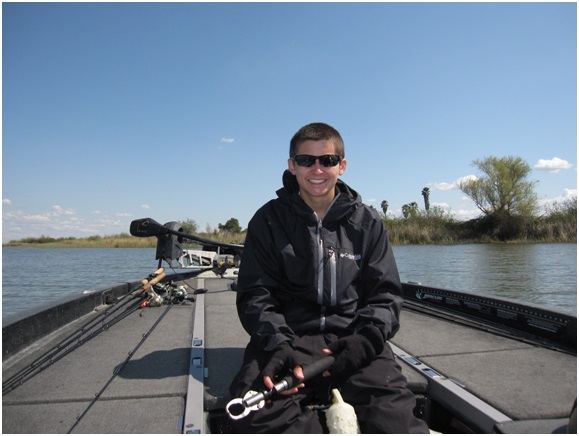 The California Delta, more commonly known as the Sacramento-San Joaquin River Delta, is vast. 1,000 miles of waterways link rainwater and snow melt from the Sierra Mountains, all the way to the San Francisco bay. The delta is an integral part of the San Francisco Bay Delta watershed, which includes the largest estuary on the west coasts of North and South America. The Delta- the only inland delta on the planet- was originally populated by the Maidu Indiansuntil Spanish explorers arrived in 1772. Many other groups followed, including fir trappers, miners in the gold rush, and farmers.

The Delta farmers of the 1800s needed to find a way to prevent frequent flooding, and large population of Chinese immigrants (who had just completed the transcontinental railroad) were employed to provided much of the labor to build levees. The levees were a monumental engineering feat at the time, as Chinese laborers eventually transformed 500,000 acres of swamp into some of the state’s most valuable farmland. In more modern times, the Delta and its surrounding lands serveas fertile farmland, and recreation for boating, and fishing. The California Delta is rated 8th on a list of the nation’s top 100 sport angling locations, and jet-skiers, wake-boarders; along with everyday boaters take advantage of the beautiful river systems.

But today, the Delta is threatened.

Today, the health of the Sacramento River Delta is in danger, threatened by Governor Jerry Brown, and the southern California agricultural industries. The Peripheral canal has been labeled  by some as the biggest threat to Northern California Rivers in history. The proposed canal would build two massive ‘twin tunnels’, 40ft tall, and 39 miles long, intended to divert fresh water from the Sacramento-San Joaquin Delta, and send it to agricultural interests in the desert of Southern California, where fresh water is close to non-existent. These agricultural water customers already buy Delta water, but not nearly at the scale of the proposed canals, which would move 15,000 cubic feet of Delta water per second. The canal would alter the natural flow of the watershed, and for what? Money. The farms in the south pay for water as if it were gold.

It is clear that moving such high amounts of California Delta water to the South is a bad idea. Negative impacts are both environmental, and economical. In order to gain a better understanding of the vast problems associated with this canal, I intervieweda Delta expert and activist by the name of Bobby Barrack. Bobby is a professional bass fisherman and guide on the Delta, and he is at the front of the battle to protect it. I quickly figured out during our35-minute phone interview, the problems associated with the Canal are much broader than I imagined.

I first asked Bobby to talk a little bit about what the Peripheral Canal is, and how it would affect the Delta environmentally, and economically.

“You know, I haven’t really dug into it enough to find out why he [Governor Brown] really wants to get this done. I know his family owns a lot of land in Sacramento, and my hypothesis is that he owns the land that the canals would pass through, and the state would be writing him a big, big check”. I then asked Bobby if it is true that Brown wants to construct the canal, without a public vote. He responded: “Oh absolutely. He thinks he is going to do that. He knows that if it goes to ballot, it will never pass”. Why, you may ask? According to Bobby, the University of the Pacific did the only cost-benefit analysis report of the proposed canal, and“for every $1 spent on the canal, we are going to lose $2.25. This is the only state project that has ever been attempted without doing a cost-benefit analysis. There are red flags all over this thing”.  Those numbers speak for themselves. The Peripheral Canals would cost more money than they would ever generate.

Barrack compared the planners behind the Canals to “bank robbers in a bank”, and Restore the Delta, an organization devoted to saving the waterways, is the “security guard who can’t arrest anybody, but observes and reports”.

One of the most concerning figures Bobby shared with me, was regarding the flow of the Sacramento River in cubic feet per second. The two 40 foot tall tubes can divert 15,000 CFS out of the Delta. Naturally, the water system runs at about 18,000 CFS, but with the water already being diverted through existing aqueducts, it currently runs at about 7,000 CFS. Barrack exclaimed, “These tubes can almost drain the entire Sacramento River”.

If more water is diverted from the Delta, there will be devastating salt water intrusion. According to Bobby, “They are going to pull salt water all the way to Discovery Bay”. Barrack went on to state “The first things that will parish are the fish and the migratory fish, mainly being the salmon”. The Pacific Salmon is a 2 billion dollar industry, and the fish need the fresh waters of the Delta to spawn, and hatch future generations. If these canals are built, and utilized at even half their full potential, the Salmon run will perish. The decrease in Salmon is clearly proportional to the movement of fresh water. Bobby described to me:

-In 2008, the Salmon season was forced closed due to dwindling populations. There were 60,000 adult fish. In that same year, 6.5 million-acre feet was diverted.

An increase of 2 million-acre feet, and there were 940,000 less adult Salmon in the Sacramento River Delta. The loss of the Salmon migration would affect the nation, not just Delta locals. It is a potential loss of unrivaled proportions.

There is a bigger player in the whole situation, according to Barrack. Fracking. That is why Governor Brown is so determined to build these canals. Hydraulic Fracking, the newest method for extracting fossil fuels, is one of the most toxic, environmentally destructive practices on the planet. For every single Fracking

Well, 5-10 million gallons of water is needed. “They do not have the water to frack the proposed sites. These tunnels are hiding behind agriculture, when really, it’s all about Fracking”.

Ironically enough, using Delta water to Frack would only damage our water supply. “All those underground aquifers down there are going to be useless [if we frack]. Because of the Halliburton Cocktail. 400 of the most dangerous, cancer causing chemicals, not known to the common man”.

The California Delta is an ecologically diverse, rich ecosystem, and one of the last wild rivers in California. The Delta serves as a cornerstone piece of the SF Bay/ Delta watershed, and the waterway creates revenue for the state through the Salmon industry, and the surrounding Northern California agriculture. If Governor Brown and the state build the Peripheral Canals, there will be irreversibleconsequences all over the map. The fresh, fertile waters of the Delta will be lost forever, the plants and animals who call the waterway home will be no more, and the state will lose money as a result of the project. Diverting Delta water also supports the dangerous practice of Fracking, which poisons our drinking water and destroys ecosystems. As Bobby Barrack told me during our interview, the only way to stop the demise of the nations greatest waterway is to promote awareness. Most of the population doesn’t even know this is happening. We can’t let it happen.