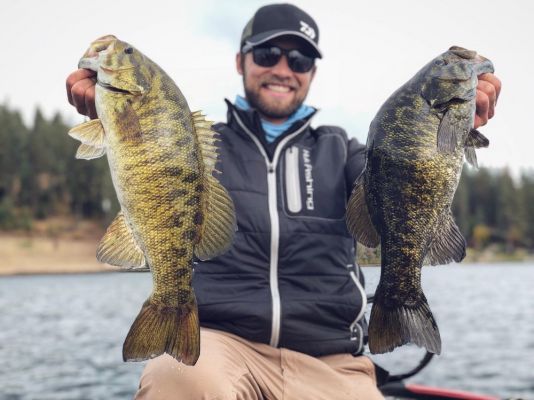 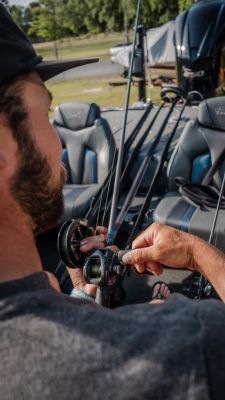 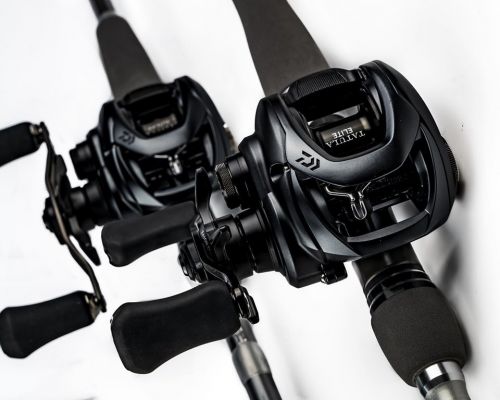 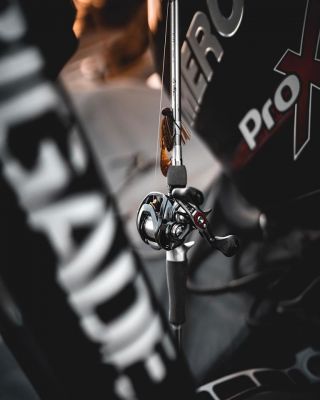 That Tatula name of rods and reels continues to grow every year. All of the products that bear the name and logo have proven to be popular and outstanding products.

This year, there are two additional reels in the Daiwa Tatula family, and Major League Fishing pro Brandon Palaniuk gives us some insight into how he is using them.

Tatula Elite is a name known for their silver signature series rods from their pro-staff, and now they have a reel that shares the same name. It is built on the existing Tatula 100 frame and has seen some tweaks and changes to make it a better quality reel according to Palaniuk.

“I like the 100 size frame because it is comfortable in my hands. They added some new spool engineering and a few cool new features,” he said. “The Tatula Elite has an aluminum frame and side plate that makes it more durable with less flex. It is a great ‘all-around’ reel, and I use it for just about every technique.”

One difference of this reel compared to previous versions is the A7075 aluminum deep spool that Palaniuk says helps it cast further than before.

“The reel is a little smoother retrieve than the previous model, and it definitely casts further,” he said and added that he is a fan of the ZERO Adjuster that these reels use as they are tuned right at the factory.

The new Tatula Elite also has a revamped look and laser engraved logo. It comes in three different retrieve speeds: 6.3:1, 7.1:1, and 8.1:1. Palaniuk shared how and when he uses each of the various models.

“The 6.3:1 is a great cranking, spinnerbait, and ChatterBait retrieve speed, especially early in the year when you want the bait to move a little slower,” he said. “I fish those same baits on the 7.1:1 later in the year to cover more water and fish faster.” This is also his all-around speed for a host of techniques.

He prefers the fastest speed for techniques like jerkbaits and topwaters.

“Fishing these baits create tons of slack in your line when you are working the bait. How much slack is in your line has a big impact on how your bait moves through the water,” he shared. “Having a fast reel allows you to pull in some of that slack without having to turn the handle as much. It makes it easier for me to control what the bait is doing.”

These two techniques require some extra muscle. Big fish, heavy line, and thick cover all call for beefed-up gear. That’s precisely what this model is meant for, and Palaniuk says it delivers.

“For one, it is beefed up and has a longer handle and bigger knobs on the reel. This gives you more power for fighting fish,” he says. Instead of a 90mm handle, this version sports a 100m swept handle.

Another thing Palaniuk has noticed is how he can get more accurate casts, a quieter entry into the water for his baits, and generally, a more stealthy approach.

The Pitch/Flip model has what Daiwa calls the A7075 shallow light spool. “It lets you get a lower trajectory when flipping and pitching and that allows the bait to stay lower to the surface,” he said as a reason that he has been able to be more quiet and efficient with his pitches.

“A 8.1:1 reel has a little less power than slower reels, but some of that is gained back with the bigger handles. I use this speed for pitching docks, skipping, and pitching grass lines,” he said. “The faster retrieve does help you get more presentations in a day because you can bring it back that much faster.”

He opts for the slower of the two speeds when targeting thick cover. “It is my heavy-duty speed for big line and when I am punching mats,” said the Idaho pro.

Palaniuk is one of the newer members of Team Daiwa that encompasses some of the best bass anglers in the world. He is a big fan of how Daiwa does things and says that these two new reels are an example of that.

“Daiwa’s big thing is to make your fishing more enjoyable. These new reels have made me more accurate casting and helped me cast further,” he added.