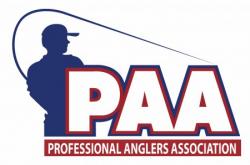 BENTON, Ky - The Professional Anglers Association announced today that Johnson Outdoors, the maker of Humminbird/Minn Kota and Talon has renewed as a PAA sponsor for 2013.

Kimber L. Austin, Marketing Coordinator for Johnson Outdoors Marine Group said,"Minn Kota and Humminbird are very excited to once again partner with PAA for the 2013 Fishing Season, and look forward to another successful year."

Humminbird/Minn Kota is the sponsor of the Big Bass Award at each PAA Tournament Series event, as well as the Season Overall Big Bass Award and contributor to the PAA Angler of the Year prize package.

PAA President Dave Mansue said,"Samuel C. Johnson was a visionary who's thoughts and ideas led to the development of the most dependable, user friendly marine electronics on the market. Mr. Johnson once said,"I believe that making a better place goes beyond providing jobs. It means being a worthy neighbor who cares about the neighborhood. It means adding an unspoken dimension of decency and consideration to the community." These same comments can be made about the PAA and our goals, so we are very excited to extend our partnership with a great company like Johnson Outdoors."

Johnson Outdoors turns ideas into adventure with innovative, market-leading outdoor recreational products. The company's unique network model combines the strength and efficiency of a large organization with the creativity and agility of its entrepreneurial beginnings. Founded in 1970 by Samuel C. Johnson, the company has delivered double-digit compound annual revenue growth over its history, evolving from a single brand into a nearly $400 million global enterprise with nearly 1,300 employees across 16 countries.

The Professional Anglers Association is a non-profit organization that gives professional anglers a unified voice in order to aid in the growth of the sport of professional bass fishing. The PAA also aims to administer educational programs to the average angler, to increase enjoyment of the sport, and to embrace sound conservation practices to further the future of the sport. Web: www.FishPAA.com