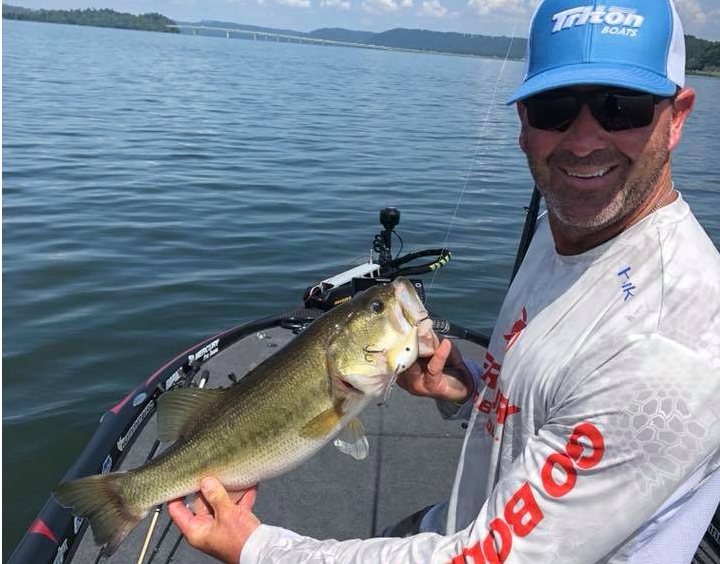 Fall and early winter are times when bass are feeding heavily in preparation for colder temperatures.

Professional angler Gerald Swindle feels that one of the best ways to capitalize on this fall frenzy is with a crankbait. He shared some of his tips for late season cranking for this article. 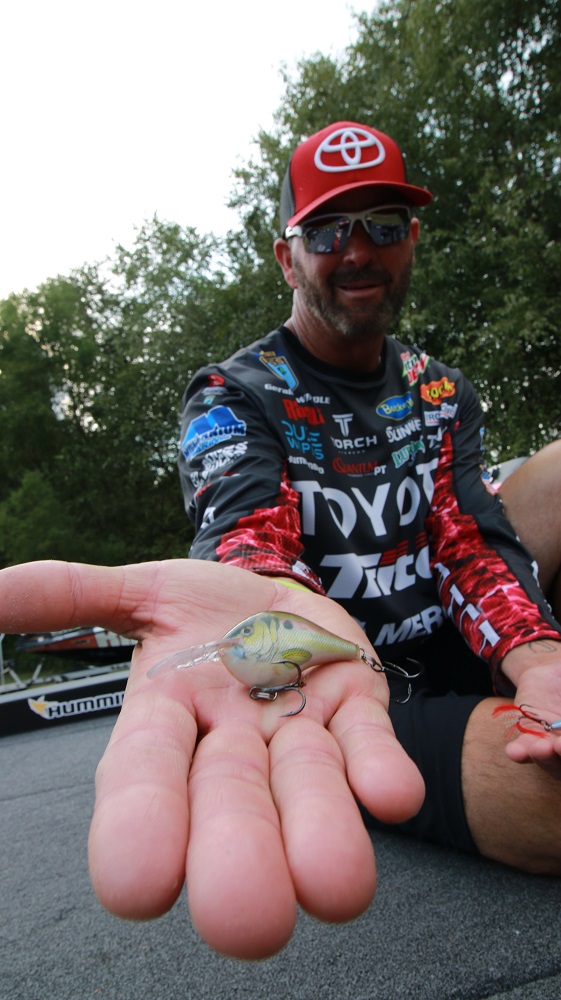 There are countless styles of crankbaits out there with subtle to overly aggressive actions, and this leads many of them to be grouped as seasonal baits. Swindle says there is one lure that he has tied on from January to January and that is the Rapala DT-6.

“You think about baits like the Wiggle Wart and those come out when it gets cold, and then guys put them away when it gets warmer. The DT-6 and even the DT-10 are not like that, and I always have them tied on,” he begins. “It is a perfect size, vibration, and action to work when it is freezing cold to when the water is 85-degrees, and you are fishing grass on Lake Guntersville.”

With that being said, he is especially fond of the DT series late in the year.

“It’s non-seasonal, and you can imitate both shad and crawfish with it. With craw patterns, I am always trying to make contact with the bottom and with the shad patterns, I want to be ticking the tops of the remaining grass,” says the two-time Bassmaster Angler of the Year.

There is a period when bass change their focus from shad and other baitfish and move on to crawfish. That doesn’t mean they wouldn’t eat whatever appears in front of them, but Swindle makes a change in his crankbait colors at around 55-degrees.

“Right in that 55 to 58-degree range the fish start keying on crawfish, and there are a bunch of theories of why. It definitely has to do with temperature, but I think it also has to do with rain and how that tends to get the crawfish stirred up and moving,” he believes.

Before the switch, he likes a natural color like Rapala’s color Shad for his DT-6 and DT-10 crankbaits. Once they make a move to forage with craws, he picks up Demon or the Crawdad color.

“Demon is great for dirty water and is really a hot bright red but imitates a crawfish pretty well,” he said and added another wildcard color, Hot Mustard. “For some reason, this works well when they are feeding on crawfish. It is bright and doesn’t really have a craw pattern, but it is legit,” adds the Alabama pro.

The DT-6 is Swindle’s go-to crankbait for many situations, but he will eventually put it down in favor of another classic crankbait. “I’ll fish the DT’s down until the water gets into the 40’s,” he says. At that point, he picks up the Rapala Shad Rap.

The Shad Rap has a loyal following among bass anglers, and when it gets cold out, many bass angler’s rods will have one tied on.

“I have a box of old school Shad Raps that I wouldn’t trade for anything. When the water temperature is between 45 and 49-degrees there is not a better crankbait,” believes Swindle.

He prefers the #7 and #8 sizes for most situations but downsizes to the #5 when the bite is tough.

“I use a simple cast and retrieve and focus on clay points, riprap, natural rock, and other places bass congregate in the winter months,” he says.

Swindle likes this classic bait in some traditional colors like Rapala’s iconic silver foil with black back. “When I was six or seven years old I would get one from my daddy’s tackle box and fish it. It is a color I still use to this day,” added Swindle.

One thing he likes to do with these baits is to fish them on monofilament line.

“I like a 10-pound Sunline Super Natural because it seems to cast the bait better and because it has a little bit of stretch it lets the fish inhale the bait and helps with hooking them. I’ll fish the #5 on spinning gear, but the #7 and #8 are heavy enough to be fished on baitcasting gear,” says Swindle.

As he mentioned, he likes monofilament for Shad Raps, but he also adjusts some of his rods and reels based on the colder water temperatures.

“The deal with cold water cranking is you want a softer tip on your rod. You are going to lose less fish if you have a limber tip,” he begins. For the DT Series, he likes a 7’ medium light Quantum Smoke, and he will use the same rod for his bigger Shad Raps. He also prefers a slower reel and goes even slower as the temps drop. “For water above 60-degrees I like a 6.1:1 Quantum Smoke S3 and anything less I switch to a 5.3:1 Quantum Smoke HD 200,” adds the Alabama pro.

Swindle believes crankbait fishing is one of the best ways to locate bass this time of year and once he finds them he can slow down if needed. By paying attention to water temperatures, he can know which style and color of crankbait to use. This, and having the correct gear, will pay dividends late in the season.

G-Man... When You Start the Day Backlashing the Toilet Paper