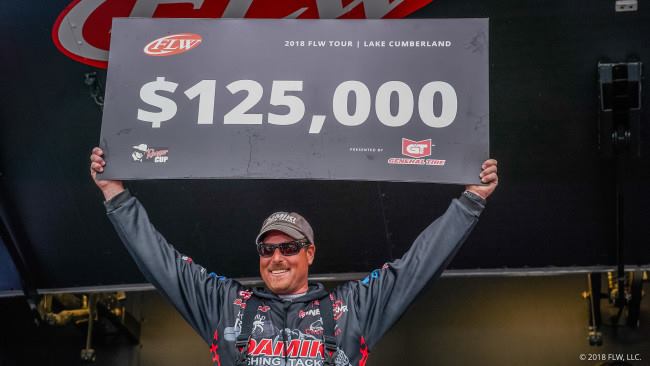 Swimbaits have evolved over the years and have gone from tools of trophy hunters to staples for bass anglers everywhere.

One style of swimbaiting that has become popular over the past few years is the use of small swimbaits on light line.

P-Line pro Bryan Thrift has supreme confidence in the technique and used it to win the FLW Tour event on Lake Cumberland earlier this year.

Thrift says that the technique excels during the pre-spawn period, but works well whenever the bass are feeding on baitfish in clear water.

He shares what he looks for, the gear he uses and how he has success with bite-sized swimbaits. 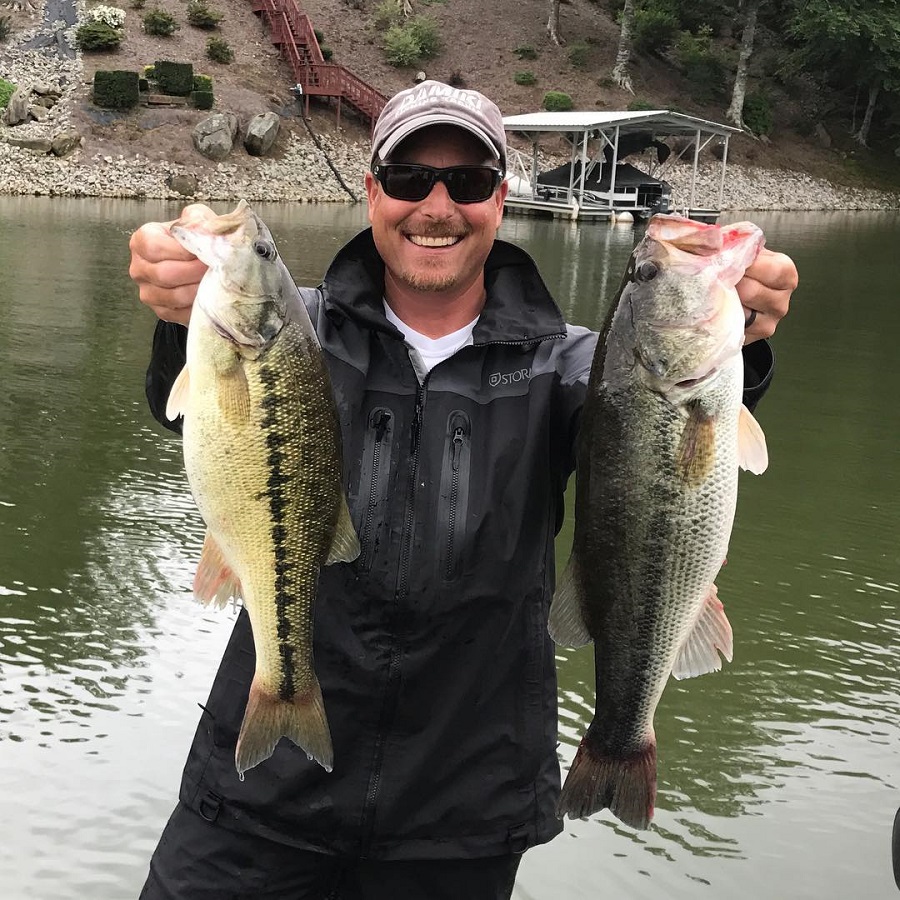 As mentioned, Thrift says the biggest factor for the technique is having clear water.

“I want to be able to see my swimbait two-feet under the surface before I consider it. It is a reaction technique, but really a finesse approach and the fish need to be able to see these small baits to find them,” he begins. If the water more stained than that, he will most likely use something with more flash, vibration or a bigger profile.

Points are the prime location for light line swimbaits, but Thrift has found that they work in many other places.

“During the pre-spawn, any staging area will be good for the finesse swimbaits. it could be points, bluff walls or anywhere else they are before they spawn. Later in the year, it is all about where the baitfish are,” he adds.

Oftentimes Thrift will be using a 3” swimbait and lightweight jighead, but he still prefers baitcasting gear.

Since he uses baitcasting gear and light line having the right rod and reel are crucial. Thrift’s setup is a 7’ medium heavy Fitzgerald Rod in the Stunner Series with an Abu Garcia Revo MGX reel.

“The thing about that reel is that it has a shallow spool and smaller profile, which I think is really important. It also holds plenty of light line and can still cast a tiny bait a long way,” he adds.

Thrift will use anywhere between eight and 15-pound P-Line Tactical fluorocarbon line for these swimbaits and adjusts it based on the bait he is throwing and how deep the water is.

For ultra-clear water, he sticks with the lighter line and will use heavier line if he can get away with it due to stained water conditions.

“Line diameter is so crucial with this technique and greatly affects your rate of fall and how high the bait goes in the water column on the retrieve,” says Thrift.

Thrift prefers the P-Line Tactical fluorocarbon for a few reasons.

“The biggest thing is the knot strength. With light line, if you can survive the hookset you have a great chance of landing the fish and that is where some lines fail, right when you set the hook,” he says. “I also like how well it casts and for this technique, with it mostly being ultra-clear water, your casting distance is crucial; so, the fish do not see your boat before they see the bait.”

Targeting Clear Water Bass in ALL Phases of the Spawn

There are multiple small swimbaits on the market and one of the most popular is the Keitech Swing Impact FAT. Thrift, like many bass anglers, uses them often.

He is also a big fan of the 3” Damiki Armor shad and these two baits were the one-two punch that he used to win at Lake Cumberland. Thrift keeps it pretty simple and uses mostly shad patterns when utilizing the finesse swimbait in clear water.

Now that the gear and where to fish small swimbaits has been laid out, the next vital piece of information is the retrieve. The good news is Thrift says it is pretty straightforward.

“It is mostly a straight and steady retrieve. You don’t need to change speeds or give it any jerks, just reel it back slowly,” he begins.

The important thing is to find the right depth and Thrift says there is no better way to figure it out than trial and error.

“It sounds simple, but let the fish tell you where they are. Start the day experimenting with different counts as you let the bait down before starting your retrieve,” he says. “Some days they want it right under the surface and other days you need it to be right on the bottom. I pay attention to how much it drops down and when I get a bite I repeat that same retrieve at that depth.”

The finesse swimbait approach is something that will produce bites when nothing else will. Thrift says to not let the small size fool you as it will produce big bass and as he proved, big paydays.