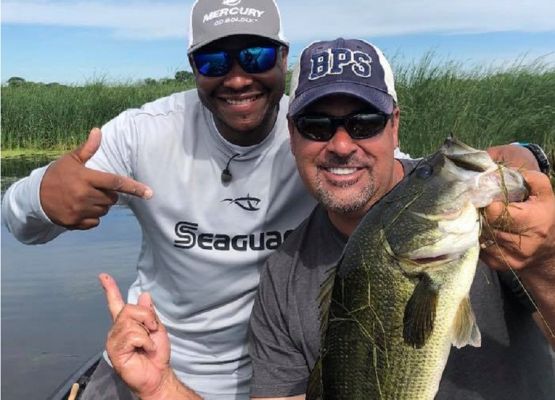 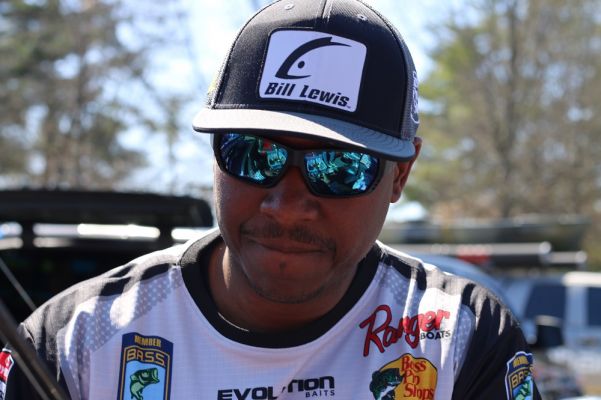 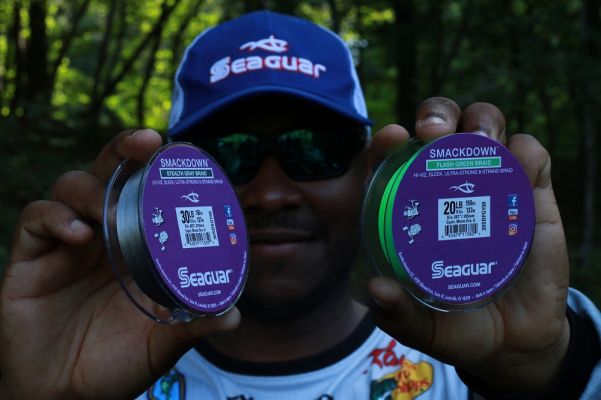 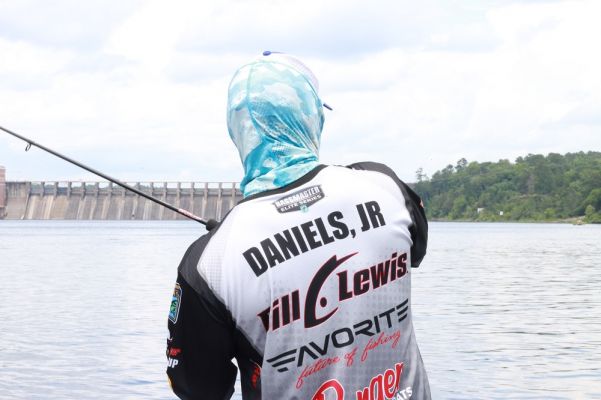 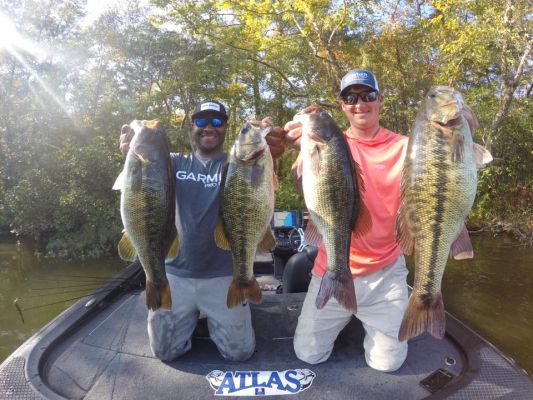 When MDJ Uses Braid vs. Fluorocarbon

Braid and fluorocarbon have become staples for bass anglers everywhere. They each have their properties that make one better than the other for specific techniques, but there is definitely some crossover.

Some fishing methods give anglers the choice of one or the other, and it usually comes down to cover and water clarity.

Major League Fishing BPT pro Mark Daniels, Jr. shares some insight on how he picks which line to use for several popular bass fishing techniques.

These two techniques offer a perfect example of how both lines can do the job, but according to Daniels, Jr., it comes down to the type of cover he is faced with.

“This is one of the biggest questions I get, and everyone is a little different in what they prefer when it comes to line selection. I use braid for punching, and anytime I am around heavy vegetation,” he says. “Every other scenario I would rather use fluorocarbon because of how clear it is. It works great around docks, wood, tules, bushes, and anywhere else I am flipping unless I am using an ounce and a half jig and that is just because it is such a heavy bait.”

When using braided line, he also punches with a lighter line than many anglers.

“I use the 50-pound Seaguar Flippin’ braid. Some guys like 65 or even 80-pound, but I feel like the 50-pound handles better than heavier pound tests. The braid I use is so strong that I haven’t seen a reason to go any heavier,” he shares.

When it comes to flipping and pitching with fluorocarbon, he prefers Seaguar’s Flippin’ Fluorocarbon in both 20 and 25-pound test.

“Twenty is my go-to, but I’ll use 25-pound around big bushes when I need to lean on the fish a little more to get them in,” says the Alabama pro.

MDJ is among the many professional anglers who use braid on his spinning reels exclusively.

“The only time I use straight fluorocarbon on spinning gear is for small balsa crankbaits. The rest of the time it is going to be braid with a fluorocarbon leader,” he shares.

His line of choice is 15-pound Seaguar Smackdown, and he starts with a leader of 8-pound Seaguar Tatsu fluorocarbon. “I always start with 15 and 8, but on rare occasions, I’ll go up to 20-pound braid. An 8lb leader is a good place to start, but if the water is really clear or there is a lot of fishing pressure, I’ll go down to 6-pound,” he says.

The line is available in a Stealth Gray and high-visibility Flash Green, and Daniels, Jr. says the Flash Green makes it easier to detect light bites and strikes as the bait is falling.

Fishing a swim jig is another technique that can be successful with both braid and fluorocarbon and MDJ uses both.

“I think of a swim jig as an extension of flipping and will have one rigged up on 50-pound Seaguar Smackdown braid as I approach mats or other cover. I like to make a few casts as I approach the edges and holes in the grass to try for the most aggressive fish first,” he says.

He opts for fluorocarbon when skipping swim jigs or fishing them down the bank around isolated cover.

“That is a great technique in late spring, or anytime you have a shad spawn going on,” he adds. 20-pound Seaguar AbrazX is his choice for this scenario.

While fluorocarbon and topwaters generally don’t mix, Daniels, Jr. has found a way to implement it in his topwater fishing. He fishes all of his topwaters on straight braided line but uses a small leader of heavy fluorocarbon.

READ RELATED: The What, When and Where of Fishing Low Vis Braid with Mark Daniels Jr.

“I use a small 10 or 12-inch leader of fluorocarbon and connect it to the braid. Even though fluoro sinks, it doesn’t affect a topwater bait since the leader is so short,” he says. “I like the 25-pound Flippin’ Fluorocarbon, and because it is so heavy it is stiff, and that helps to keep your topwater bait straight. It also acts as a shock absorber since braid has zero stretch and fluorocarbon has a little bit.”

For walking baits and all open-water topwater baits, his line of choice is 40-pound Seaguar Smackdown in the Stealth Gray color. For frogs and buzzbaits, he chooses the 50-pound. “That is just because I am going to be throwing them into heavy cover and trying to get those buzzbaits into crazy places,” he says.

As Mark Daniels, Jr. says, line selection often comes down to personal preference. Many tools will do the job, but his success across the country at the top-level proves that his line selection system works. Having both quality braid and fluorocarbon options allow bass anglers to match the cover, water clarity and other on the water situations.