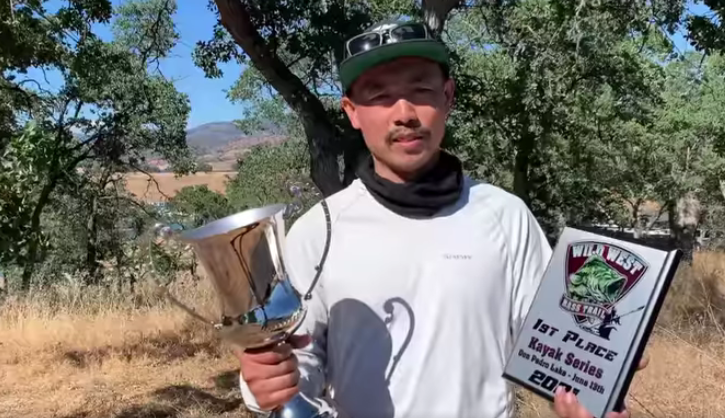 Shortly before heading to the lake, Moua caught a glimpse of a former California pro bass angler, Chris Zaldain, now transplanted to Texas, on TV competing in a Bassmaster event.

“I saw a clip of him flipping that big ol’ Magnum Spoon, catching 6-plus pounder and I said that’s what I want to do,” Moua shared. “I always tell people listen to that voice in your head or that gut feeling and right before I left, I saw I had three of them on my pegboard. I grabbed it and figured it wasn’t going to hurt if I took it.”

The lure turned into a game changer as it accounted for all of Moua’s fish.

“I got a quick limit in the morning with the 5-inch flutter spoon; but there wasn’t much size to it,” he said. “I got the bigger ones on ...