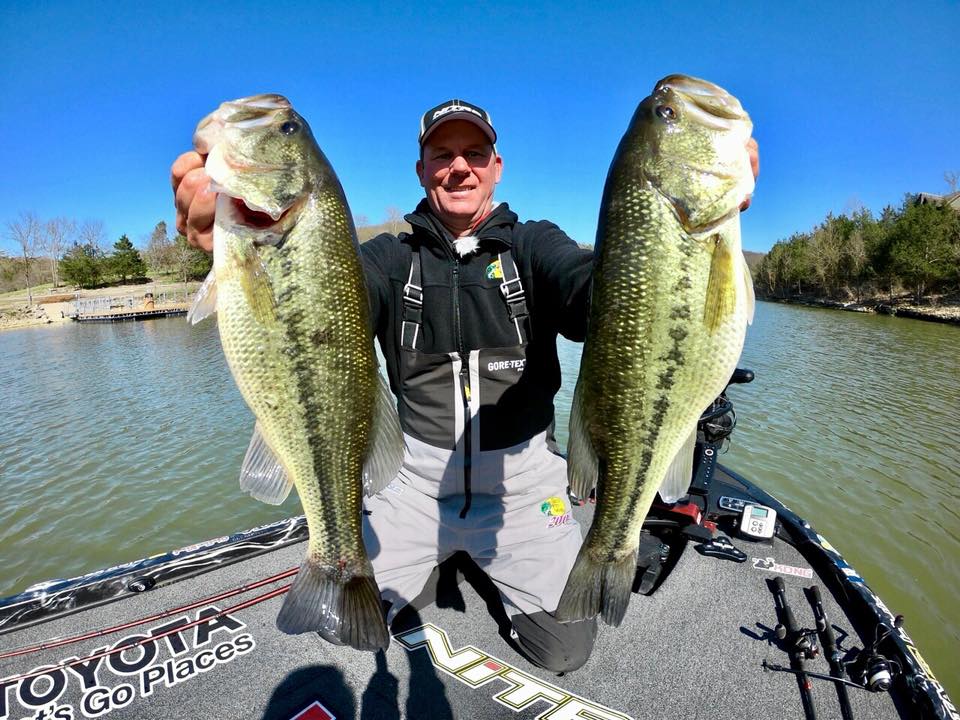 The Neko Rig is one of the most popular ways to fish soft plastics right now and with good reason, it works well for a variety of situations. Noted power-fisherman Kevin VanDam has become a fan of the technique and says it has earned a place in his arsenal. (KVD's Win on the Neko Video Below)

“I’ve really gotten into the Neko rig the past few years, and it is a technique that has opened my eyes because it is so effective. It is very, very popular on tour and I know some successful pros who weighed about 75 percent of their fish during the year on it,” he says.  “The thing I like about it is that you can still fish it fast and it is very versatile. You can fish it just about anywhere.” 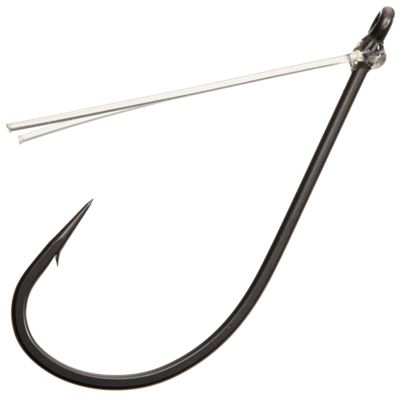 Another thing VanDam appreciates about the rig is the variety of rigging configurations you can achieve.

“There are almost unlimited options to how slow or fast the bait falls. By changing your weight size, hook position, and bait you can create so many options,” he believes. “The key is the ultra-lively action you get from your soft bait, and that is what makes it so good at catching bass.”

“I like to use an O-Ring most of the time just to preserve and hold your bait a little longer. I worked closely with Mustad to create the TitanX Wacky/Neko Rig hook, and it is perfect for the technique, and now with a weedless version you can fish it around cover without hanging up as much.”

VanDam says the dual fluorocarbon leader that is incorporated to create the weed guard of the weedless version does a great job at protecting against cover, but he does modify it slightly.

“The thickness of the weedguard varies based on the size of the hook and is pretty stout. I like to bend the heavier guards some to make them more pliable and spread them out a little based on how thick the cover is,” he shares.

KVD likes to fish quickly, and he does it most of the time. The Neko is no different, and he says it is an excellent approach since many of the bites occur on the fall.

“They seem to get it right when it is falling or immediately after you give it that first shake on the bottom. This is especially true in clear water,” says VanDam.  “What I like to do if I don’t get one on the initial fall is to snap my rod up and retrieve maybe 10- or 12-feet of line and flip my bail to let it fall again. If you do that, it is almost like making a new cast.” 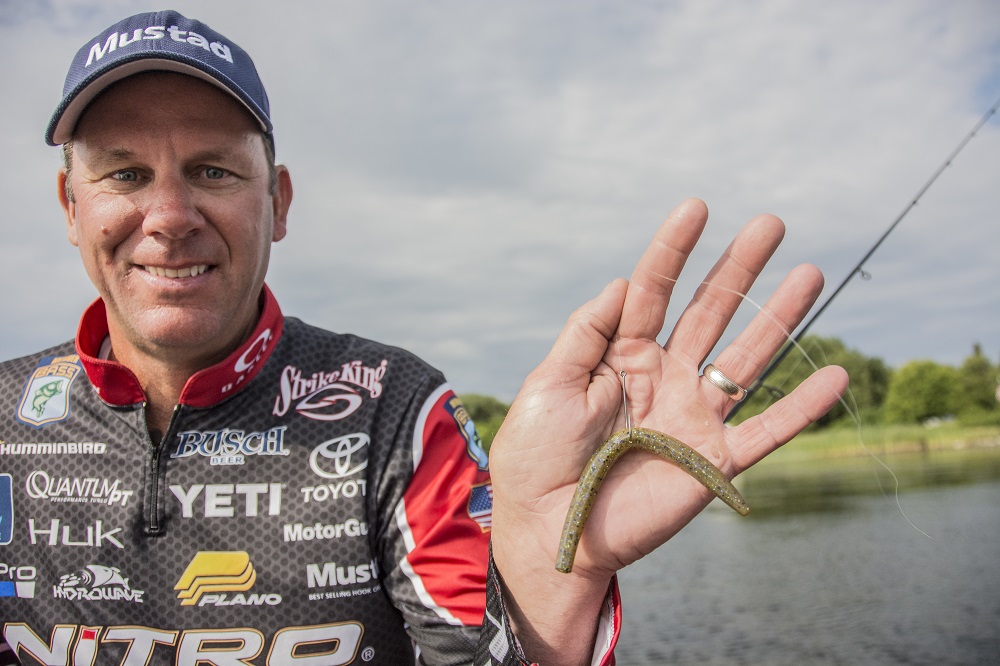 There is no wrong place to use this rig and everywhere from deep open water to shallow docks are fair game.

“Out in open water with a clean bottom is about the only time I will use the standard TitanX, I use the weedless version much more because I like to fish it around cover,” begins VanDam. “One of the best places to use it is around docks because it skips well. I’ll also pitch into holes of grass and fish it around brush piles.”

One of the great things about this rig is that just about any soft plastic can be used. Most anglers like to use straight tail worms, and this is also VanDam’s preference. He has several baits he uses that range in size from finesse to magnum.

“I’ll use everything from a 4” Strike King Dream Shot to an 8” Bullworm. Two of my favorites are the Fat Baby Finesse Worm and definitely a 5” Ocho,” he says.

Naturally, the size of the hook varies based on the worm, so he uses nearly the full line of sizes available in the Mustad TitanX Wacky/Neko Rig hooks.

“I rarely go smaller than a #2 and I use that for small baits like the Dream Shot when I am around finicky bass or when I’m bed fishing with it. I’ll use up to a 2/O for the Bullworm,” he says. The hooks are available in the following sizes: #6, #4, #2, #1, 1/O, and 2/O with the #6 not currently offered in the weedless version.

There is no wrong way to Neko Rig and weekend anglers and professionals alike are finding out how useful it can be. The world’s greatest bass angler has also learned to harness the power of this soft plastic rig.