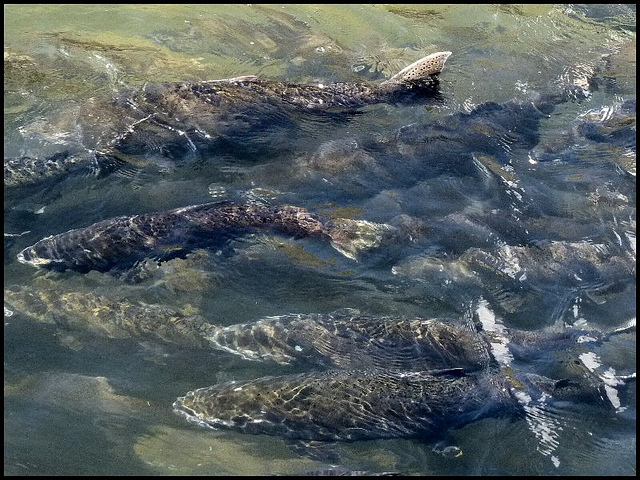 The salmon ladder at Nimbus Hatchery in Rancho Cordova will open Nov. 5, signaling the start of the spawning season on the American River. Department of Fish and Game (DFG) hatchery workers will open the gates from the river at 10:30 a.m. and will take more than a half-million eggs during the first week alone in an effort to ensure the successful spawning of the returning fall-run Chinook salmon.

The three major state-run hatcheries in the Central Valley – the Nimbus Hatchery in Sacramento County, and hatcheries on the Feather River in Butte County and the Mokelumne River in San Joaquin County – will take approximately 38 million eggs over the next two months in order to produce an estimated 24 million Chinook salmon for release next spring.

Each hatchery has a viewing area where visitors can watch the spawning process. At Nimbus and Feather River hatcheries, thousands of schoolchildren tour the facilities each year. The visitors center at Nimbus Hatchery includes a playground with replicas of giant salmon that are enjoyed by young and old alike. For more information about spawning schedules and educational opportunities at each hatchery, please visit the DFG website at www.dfg.ca.gov/fish/Hatcheries/HatList.asp.

Around the state, there are eight state-run salmon and steelhead hatcheries, all of which will participate in the salmon spawning effort. Those hatcheries, along with federally run hatcheries, will be responsible for the release of 40 million juvenile salmon into California waters. These massive spawning efforts were put in place over the last 50 years to offset fish losses caused by dams that block salmon from historic spawning habitat .

Once the young salmon reach 2 to 4 inches in length, one-quarter of the stock will be marked and implanted with a coded wire tag prior to release. DFG biologists use the information from the tags to chart their survival, catch and return rates.