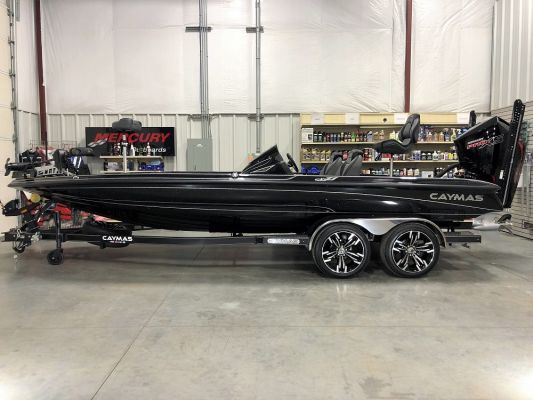 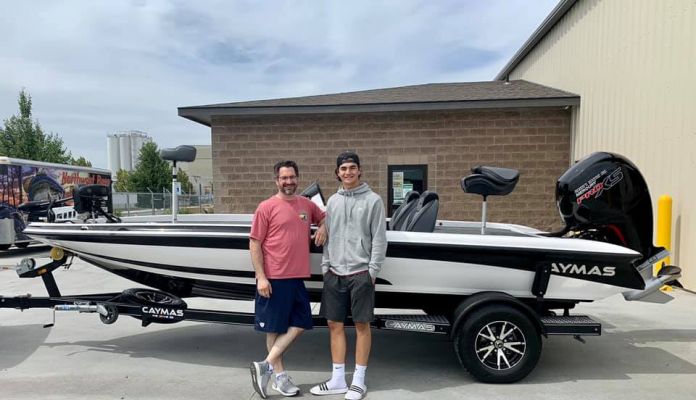 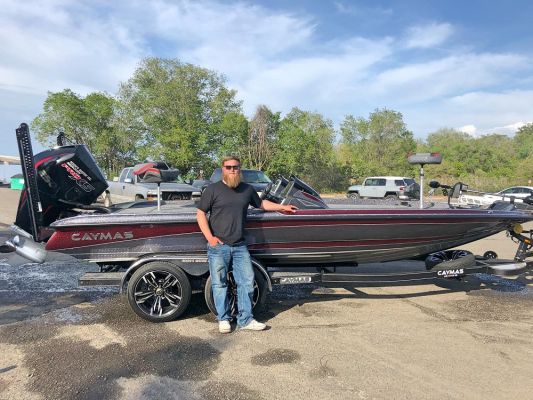 Nixon's Marine has long been known as one of the best boat dealerships on the west coast and have been proudly serving the Pacific Northwest since 1959. Previously, they had locations in both Walla Walla and Tacoma, Washington, but have relocated to a more central single location in Pasco, Washington, not far from the Columbia River.

Caymas may be a newer brand, but the team behind it is well-known by bass anglers. They are built in Ashland City, Tennessee and the group includes several marine veterans, including Earl Bentz.

Bentz started out racing boats and then moved to research and development for Hydra-Sports, he later founded Stratos and then Javelin. In 1996, he founded Triton Boats. His next venture in his legendary career is Caymus Boats, which started in 2018.

Nixon's Marine's Willie Nelson said having Bentz's name alone is a big draw and enough for some buyers to decide to purchase based on his reputation alone.

"Our first boat sold was a customer in Idaho who had followed the brand since it was announced. We have some long-time Triton owners who say they will be purchasing just because Earl is involved," said Nelson, who also said he had a chance to chat directly with Bentz after the first shipment arrived.

"The main thing he wanted to emphasize that the boats were built to handle big water and to be easier to drive," said Nelson. "He also said they made changes to his previous designs to make it better for today's anglers. Everyone is adding Power-Poles and Talons and Caymas are better weight-bearing boats."

Another popular aspect of bass boats today is the use of a four-bladed prop and Caymas thought about that, too.

"They designed their boats around the fact that more guys are using four-blades and it really helps to get a better hole shot," he said.

Caymas offers saltwater boats, but for the bass market, they currently have three size options. Each of them come in an S and an SS model that offers different equipment packages.

"Looking at the boats, you can tell that Caymas listened to the anglers and took quite a few of the best characteristics from different brands," he said. "In my opinion, they are making great boats with a little bit of the best from everyone."

An example of that is the ride, and larger pad to accommodate more weight, according to Nelson.

"It is a larger pad of 17" which is an extra 7" over other boats. That makes it easier to drive and it is much better in rough water," said Nelson. "It also handles the weight load much better. Guys are now adding bigger trolling motors, more batteries, bigger electronics and shallow-water anchoring and all of that extra weight adds up."

The design and look are relatively simple, according to Nelson and customers have liked that.

"The fit and finish are all great, and they even finished the battery compartment," said Nelson. "The lines are clean and there are not a lot of unnecessary stuff added to them."

New bass boats are expensive and nobody denies that. When asked about cost, Nelson said Caymus is right in line with other premium bass boat brands.

"They are right in the same range as others and a fully decked-out boat 21-footer is around $80,000. The 20-footer is low to mid $70s," he said. "They also have packages with Power-Poles and other options, but that isn't required. That's a nice thing about Caymas, they are a custom build and you can get them exactly how you like, including the colors."

While Caymas is the newest brand in the Nixon's Marine stable, the previous "new addition" was Vexus and they are becoming very popular.

"The aluminum models are doing very well and we can't even keep the AVX1880 in stock. We've also sold several of the fiberglass models in the area," added Nelson.

The team at Nixon's Marine has been at it for decades and knows boats inside and out. They have a loyal following among anglers in the region and more repeat customers than you can count. With the addition of Caymas boats, they have something new to show anglers who are looking for more options when purchasing a bass boat.