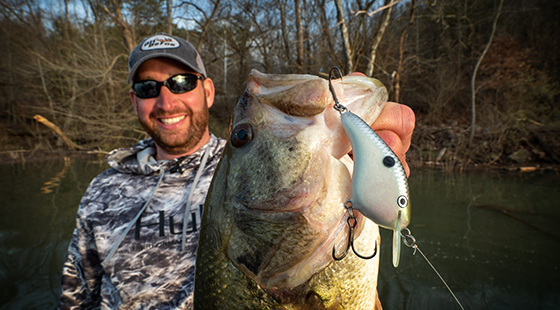 During the fall months, one of the best ways to search for active bass is with moving baits like a crankbait. Noted crankbait guru and professional bass angler Ott DeFoe, uses them all year long but is especially fond of them during this time of year when bass are on the move and searching for baitfish.

One of the first things DeFoe looks for during the fall months is the right color of water and baitfish activity.

"The big thing with any fall cranking is to find some off-colored water; it just has to have some tint to it at least," said DeFoe. "If you can find some baitfish and a little current to boot, you have an excellent area."

Another thing that he looks for is cover, specifically isolated targets. "It could be one single piece of wood on a flat or one log or one big rock," he began. "The isolated cover is almost guaranteed to have a fish near it if there's nothing around it during the fall." 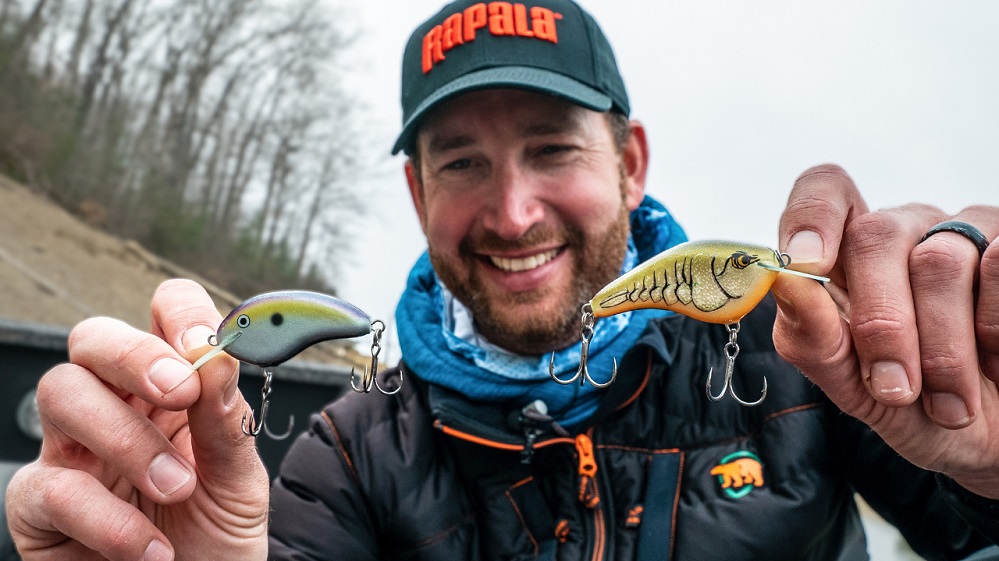 Through Rapala, DeFoe has now developed three different crankbaits. First, it was Slim, then Tiny, and the latest is Rocco, which was released at ICAST 2022. They all have a place in his fall cranking arsenal, along with several other baits, but he uses each very differently.

Starting with Rocco, a square billed balsa bait, DeFoe uses the bait around cover. "It's got a nice round body and very good buoyancy, which is a big deal when fishing around cover," he said. "If you run it into something, it will back out well because of that bill design. It's a very good squarebill for reducing snags."

When fishing it around cover, he prefers to fish it fast to take advantage of the deflection properties of the compact and effective bait. It's a 2.5-inch bait that weighs 3/8-ounce and will reach depths of 5 feet.

"One mistake that I see other anglers make is that they reel them too slowly," he said. "You want to generate those bites by using a faster retrieve and make it bounce hard off the laydown, rock, dock post, or whatever it is."

Slim and Tiny are different crankbaits altogether compared to Rocco, mainly because they have a more rounded bill and different profile.

"Tiny is a great fall bait for covering a lot of water," said DeFoe. "It's also a really small bait, which can be good this time of year because so many of the young-of-the-year baitfish are still very small. It also excels when a body of water is getting a lot of pressure, which most of the lakes in the country have received after a busy summer."

Slim is another option for DeFoe, and because it dives deeper than the other baits, he simply uses it in deeper water. But he's still trying to make contact and get the deflection if possible.

"Slim is the best when you are fishing that 5 to 7-foot zone," he said. "I'll fish it on the ends of points and that same isolated cover I'm looking for shallow, just the stuff that's a little bit deeper. It's also an excellent crankbait with great action for fishing in current."

Comparing the two, Tiny is just 2 ¼-inches long, weighs 5/16 ounce and will dive as deep as 4 feet. Slim is a 2 ¾-inch crankbait that weighs ½-ounce and will hit the 6-foot zone on a standard cast. 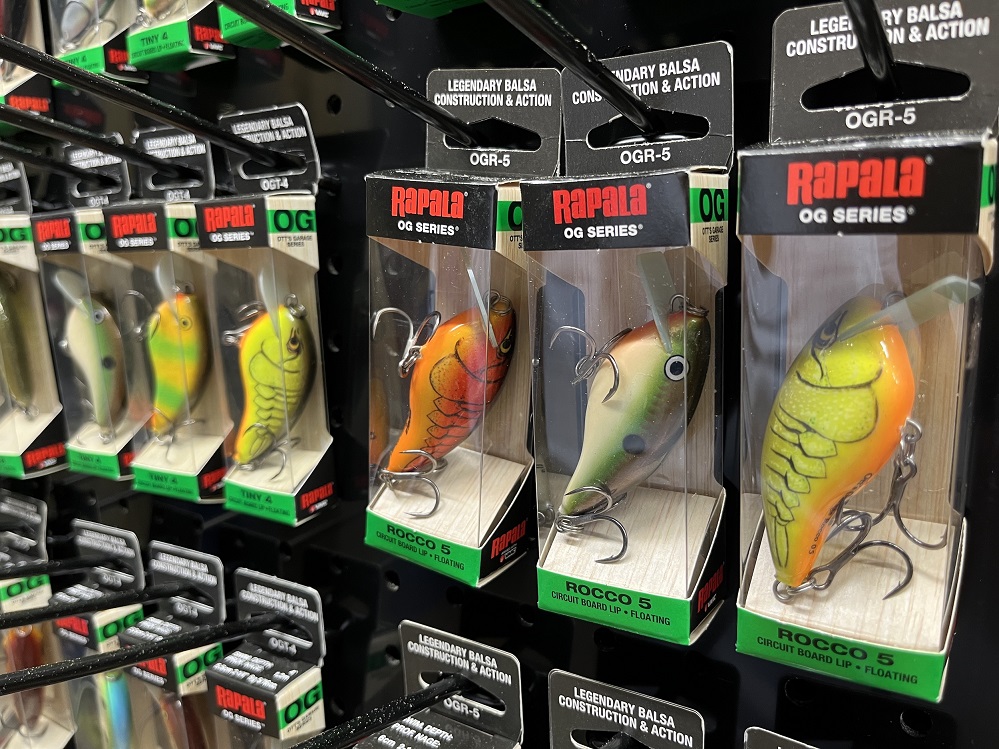 Fishing deep-diving crankbaits is a summer tradition and while DeFoe sticks relatively shallow, he'll still search the mid-depth range with a bait that runs 10 feet deep. The Rapala DT-10 is one of his favorites for this zone.

"That bait is definitely a big deal for me every fall," he said. "The late-Summer and early-Fall is a time when a lot of bass are in that 8 to 12-foot depth range, not quite deep and not very shallow."

One target he looks for is ditches, as they can be part of the annual fish migration. "That bait is very effective for cranking ditches and has the perfect action that's not too aggressive," he said. "During the fall, many lakes fluctuate and are either drawn down or coming up, but ditches will always be good. Fish use them as highways as they migrate and follow baitfish every year as winter starts to creep in."

Crankbaits are one lure style that works everywhere and during all seasons. While they are special tools that can catch fish for you all year long, they are deadly in the fall. Having a good mix of different diving depths and actions and fishing them in the best places are two of the biggest keys to success when fall cranking.