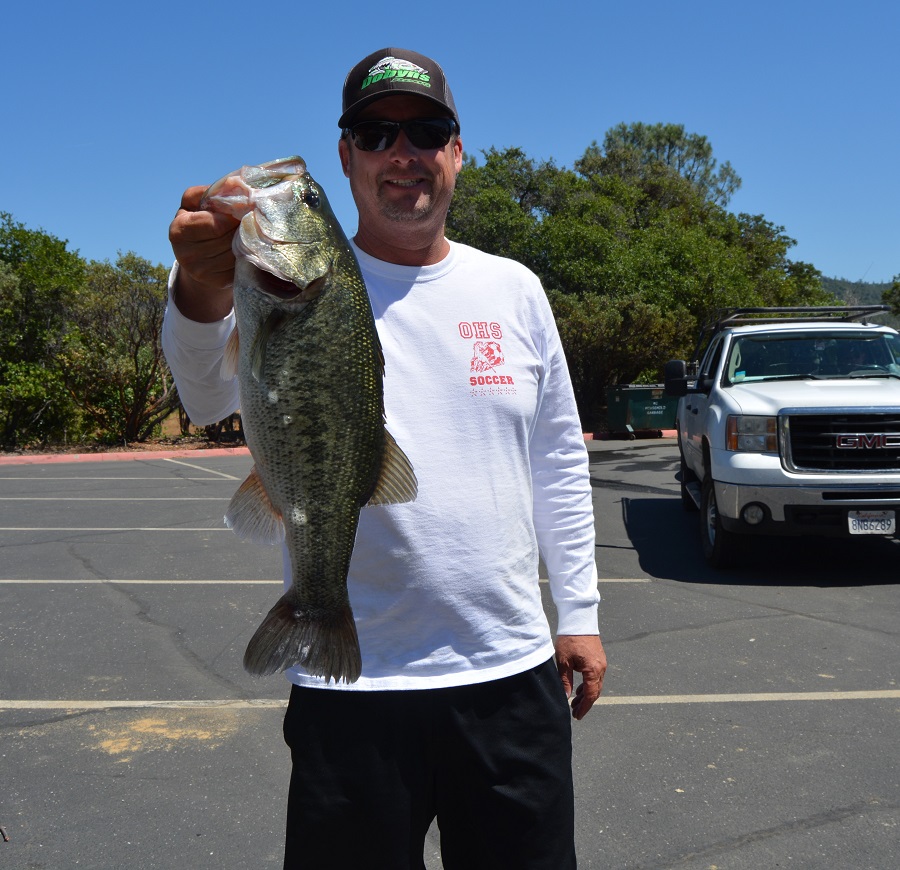 Pierson caught 9.11 pounds on Saturday, including a 3.4-pound spotted bass. The big spot came on a 4.3 Keitech lure, and he caught the rest with a Spook and a wacky-rigged Senko with a nail weight.

“On the second day, things changed,” Pierson said. He still caught a couple good fish on a Spook, but the rest of his weight came on a Texas-rigged 6-inch worm and a Fluke. He used Dobyns Rods both days.

Pierson weighed in 13.09 pounds on Day 2, including a 4.58-pound largemouth bass that was the biggest of the day. He finished with 22.2 pounds.

Joe Martarano caught the biggest fish of the tournament, an 8.08-pound bass, on Day 1. The average fish weighed in at 1.53 pounds.

Mateo Gomez of Elk Grove will join Pierson on the State Team, thanks to his win on the nonboater side. Gomez led both days of the tournament and was the only nonboater to weigh in more than 5 pounds each day.

Gomez caught his fish on Day 1 with a Keitech drop shot and a Super Spook, and he used the Super Spook and a wacky-rigged Senko on a darter head for the second day. He finished with 11.2 pounds.

Pierson and Gomez are the second pair of winners on the State Team for 2018. Jim Graddy and Jared Harris earned their berths on the team in March by winning the boater and nonboater spots on New Melones. The next winning pair will be determined July 8-9 on the California Delta, and the final winners will be determined Oct. 14-15 on Lake Nacimiento. The remaining 12 spots will be filled by the top points finishers.

To be eligible to compete, each angler must be a member of a B.A.S.S. Nation-affiliated club. To find a club in your area, contact Chief Mark Torrez, California B.A.S.S. Nation president, at (805) 233-0883, or visit www.calbn.com. 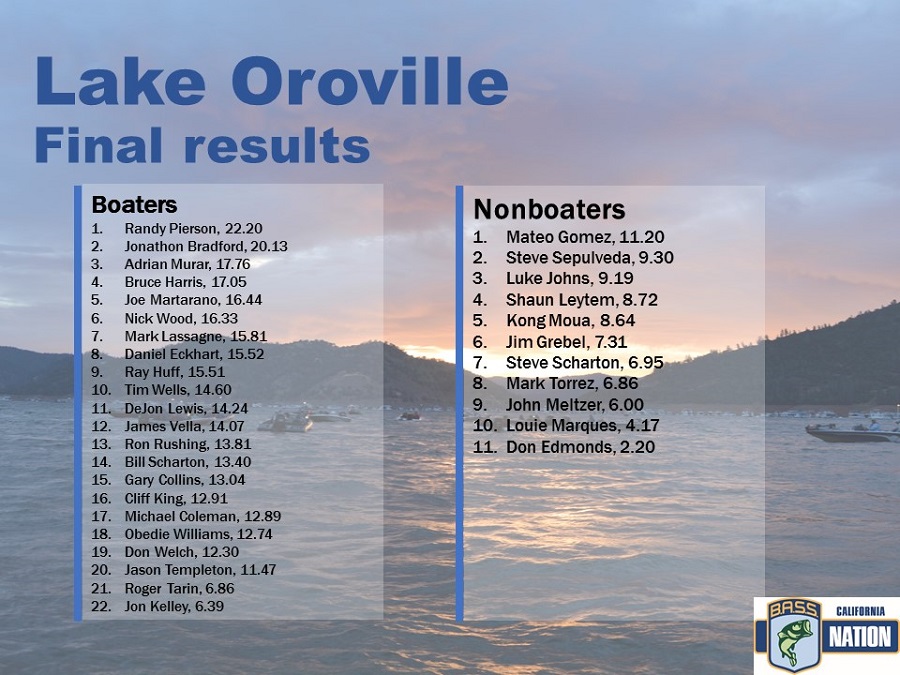