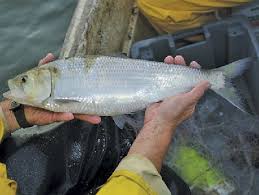 This year’s shad run was a study in contrasts for Chesapeake Bay tributaries, as some saw the strongest spawning migrations in recent decades while others hit or approached record lows.

Scientists at the Virginia Institute of Marine Science were surprised by the unusual disparity in the three rivers they monitor, with the Rappahannock producing the strongest shad run since its monitoring began in 1998, while the runs at the James and York were among their worst.

“It is not uncommon to have some good high years, but usually that’s seen among all three rivers at once,” said Patrick McGrath, a VIMS marine scientist who works on the annual shad index. “This is really a first where one river is doing so drastically well compared with the others.”

“That’s the perplexing part,” he added. “Why would one river do so well?”

The disparity wasn’t limited to Virginia. The Potomac River, which neighbors the Rappahannock, also continued its strong recovery. It’s home to one of the strongest remaining East Coast shad runs in recent decades, when most other rivers have been mired near record lows. Monitoring by the Potomac River Fisheries Commission showed that the river’s shad run continued to increase this year.

In the Susquehanna River, which has had a series of poor years, only 6,992 shad passed over the Conowingo Dam near the mouth of the river, the worst performance since a multimillion-dollar fish lift went into operation in 1997, and well below the peak of 193,574 in 2001.

Read the rest of the story in Bay Journal here: