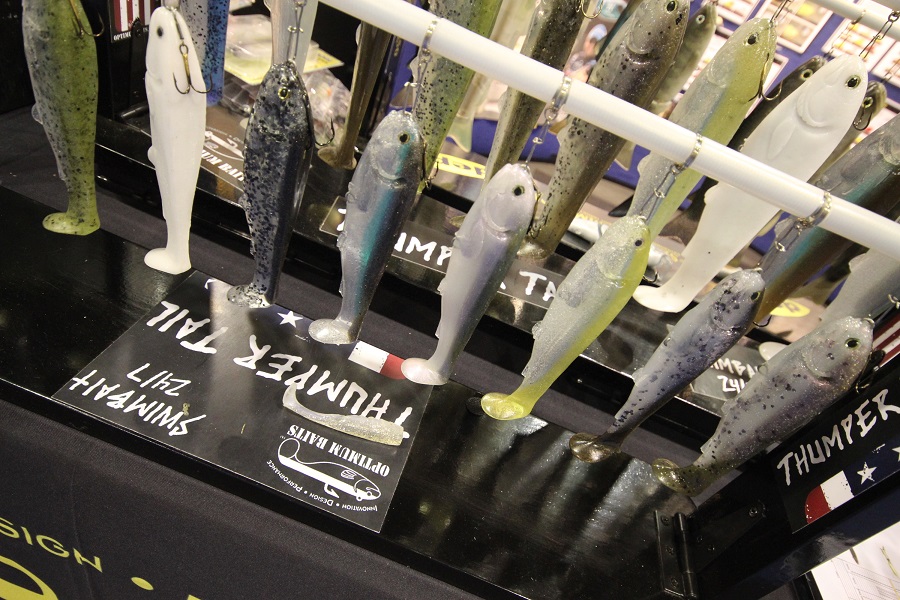 This year there were many new products released by the different companies that make up the Optimum Baits family. There were several new designs, sizes and colors unveiled at the ICAST 2017.

New from Optimum Baits for 2017

Last year, Optimum introduced the Boom Boom swimbait designed by Fred Roumbanis and the Butch Brown Thumper Tail. Both of these new baits are now available in a downsized version. 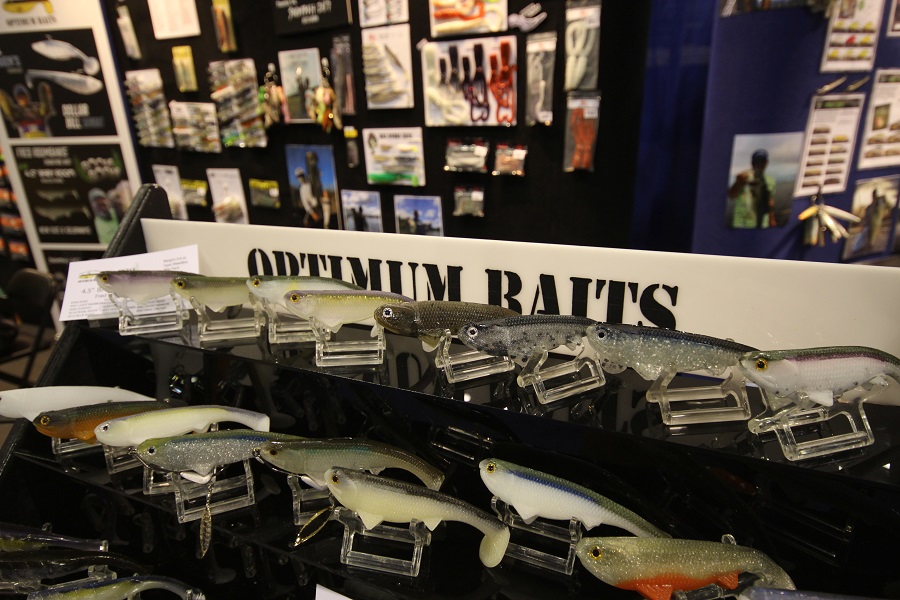 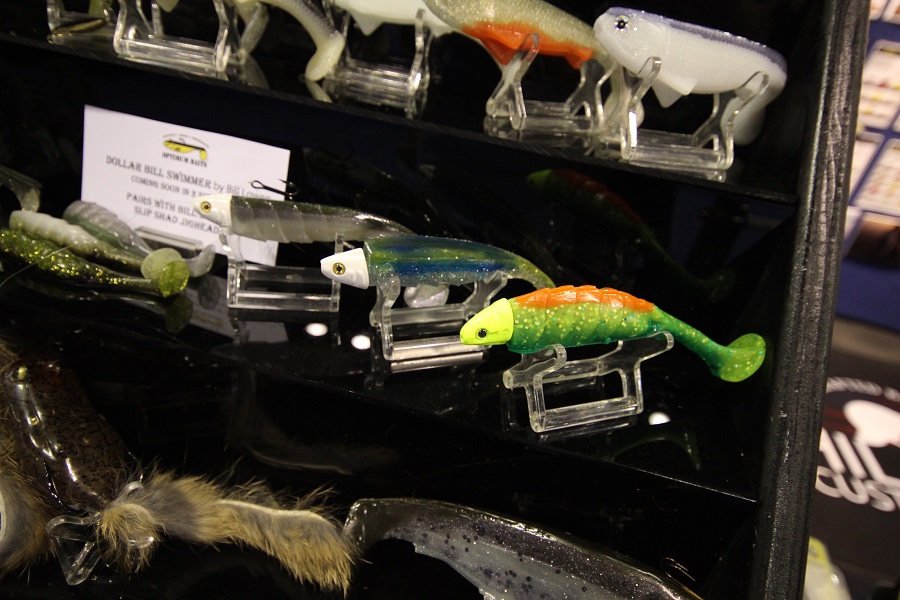 One final new swimbait is the Dollar Bill Swimbait, designed by Bill Lowen. It was built around a sliding head that screws into the bait and allows the treble hook to be rigged on the top of the head. The sliding design allows for free motion of hooked bass and will increase landing percentage. It comes in two sizes and also works well when rigged on a jighead. 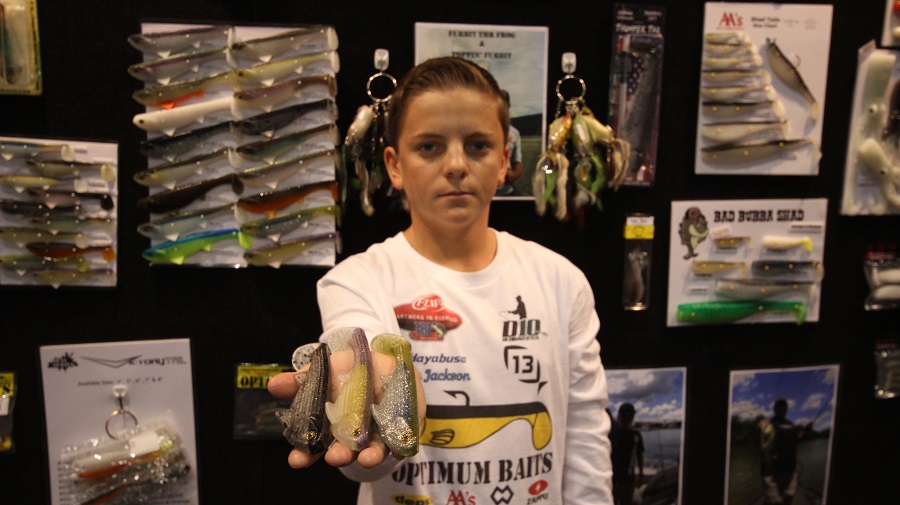 New from Reins Fishing for 2017

There are three new plastics from Reins, the Paddle Tail, C-Pod and Goby Goby.

The Paddle Tail is a new and improved version of an old standby in bass fishing. This bait has a tapered body, which gives the paddle tail more thumping action. It can be modified to create a buzz worm, cut to fish like a fluke or anglers can remove the tail to fish it like a soft stickbait.

The Goby-Goby is a lifelike goby imitator and the C-Pod, short for small copepods that small fish feed on. This larger size has a unique design and can be fished many different ways.

Also, new for this year are two new tungsten jig heads from Reins. There is a Cover Series and Wacky Head version. The Cover series is a collared jighead that can be used for Ned Rigs. The Wacky Head has no collar and is built for deep wacky-rigging. Both have a medium weedguard. 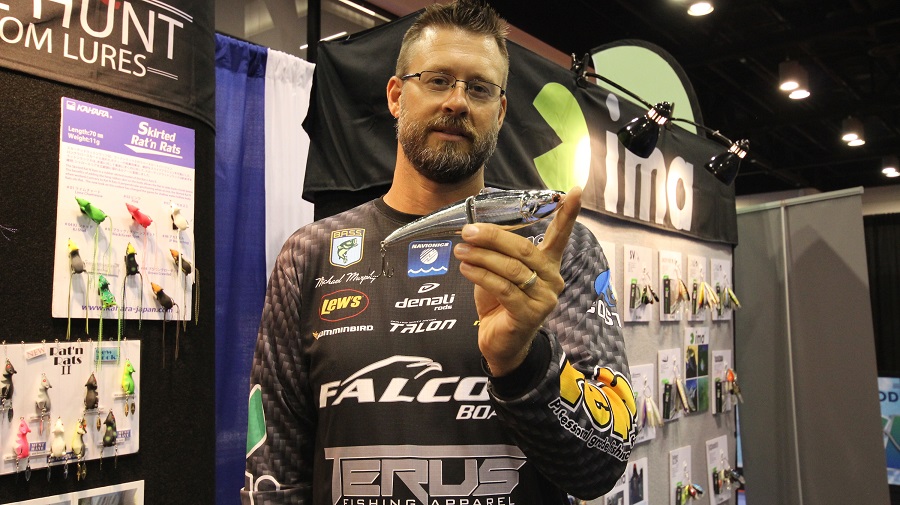 The Glide Fluke was developed with the help of pro angler Michael Murphy. It is a hard bait that can be fished like a glide bait, swimbait or soft jerkbait. It comes in two sizes, a 110 and 178 in sinking and floating models for both sizes.

READ RELATED: Fishing the Little Stik with the Justin Atkins

The Ima Suspending Vibration will now come in Golden Shad, Hot Craw and the Beast Hunter crankbait will now be available in Sun Granny and Delta Fire Craw. 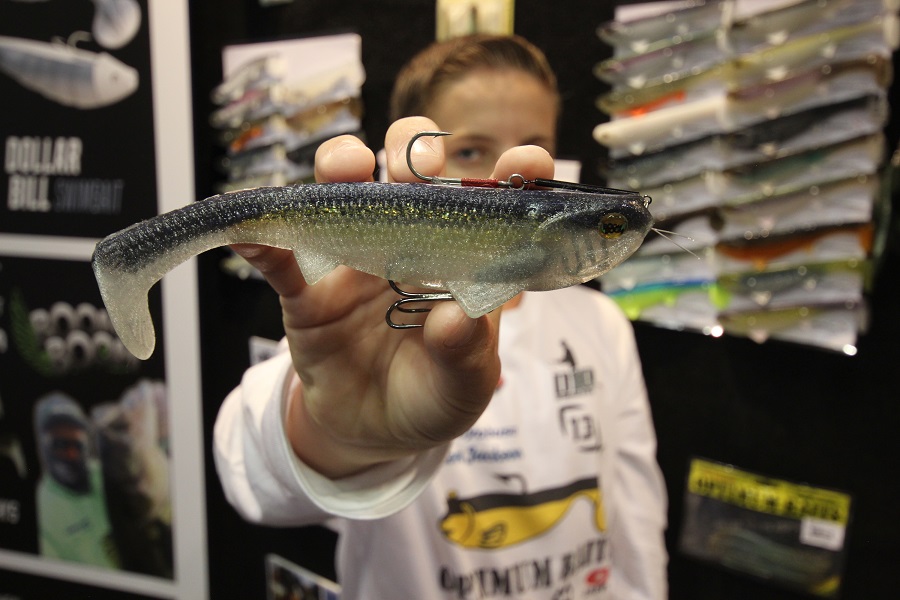 This hook was built as a swimbait stinger or trailer hook. It connects to the line tie and is held in place at the top of the swimbait for better hookups with swimbaits.

The Bad Bubba Shad is a beefed up version of the AA’s Shad Tail swimbaits that have been around years. This year they have two new sizes, on both ends of the spectrum with a bite-sized 2.75-inch Jr. Bad Bubba Shad and monster 9-inch Bad Bubba Shad.

There are several new items from Deps that will be now available in the United States. Included are the large magnum spoon called the Gurkha Knife and two smaller sizes of the Slide Swimmer. This popular bait will now come in 145 and 115 sizes. Also coming soon is a Buzzjet Magnum, NZ Crawler topwater, Evoke 4.0, Spin Tail blade bait and the Calling Hustler.

Kahara has a new frog-style rat imitator called the Skirted Rat N Rats. It has a long skirted tail and walks easily from side-to-side.

As you can see, there are several new products coming to market from Optimum Baits and the connected brands. The new designs, colors, and sizes should be of interest to bass anglers everywhere.