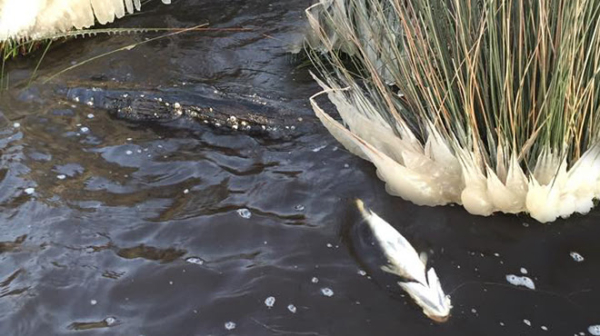 Throughout the winter, the Division of Marine Fisheries remains alert for any sign of cold stun events. Cold stun events occur when the environment becomes so cold that aquatic wildlife in the area are physically affected and become lethargic or appear stunned. A cold stun can be triggered by either 1) a strong cold front and/or melting snow and ice causing a sudden drop in water temperature or 2) a long period of cold air temperatures slowly decreasing water temperatures to a level that aquatic wildlife cannot survive. The effects of cold stun events can be localized to a small area, like a single river tributary, or widespread, affecting multiple river systems or the entire coast.