The Florida Fish and Wildlife Conservation Commission (FWC) accomplished an important conservation goal by publishing the results from the second statewide population estimate of the Florida manatee. Results from the 2015-2016 manatee abundance survey suggest there were between 7,520 and 10,280 manatees in Florida, totals higher than an earlier abundance estimate suggested. This exciting news contributes to the conclusion that conservation measures implemented by the FWC and its partners continue to create an environment that allows the manatee population to recover.

This survey represents an important benchmark achievement in research and conservation of Florida manatees by describing the level of uncertainty surrounding the population estimate and accounts for limitations that can be caused by environmental conditions, such as sea surface roughness, as well as the ability for observers to detect manatees under various conditions. The latest approach uses updated survey information collected in 2015-2016 and makes several advancements over the earlier estimate of abundance published by the FWC and collaborators in 2015.

A single measure of the population, such as this estimate, is not sufficient to evaluate the status of a species. For FWC researchers and partners to accurately estimate population growth rates over time, multiple sources of information, such as manatee abundance, survival rates and reproductive rates, will be combined within a population model.

FWC will maintain its research and monitoring efforts of the manatee population and essential habitat using innovative, rigorous, scientific methods to better understand population resilience as well as susceptibilities.

While there was an elevated level of manatee mortality in 2018 due to watercraft and red tide, the FWC remains committed to continuing important conservation work that enables wildlife and resource managers, and the public to better understand and conserve Florida’s state marine mammal.

You can show your support for manatees by purchasing a manatee license plate at BuyaPlate.com and a manatee decal through your local tax collector’s office or at MyFWC.com/ManateeSeaTurtleDecals. Funds from the license plate and decal support manatee research and conservation. 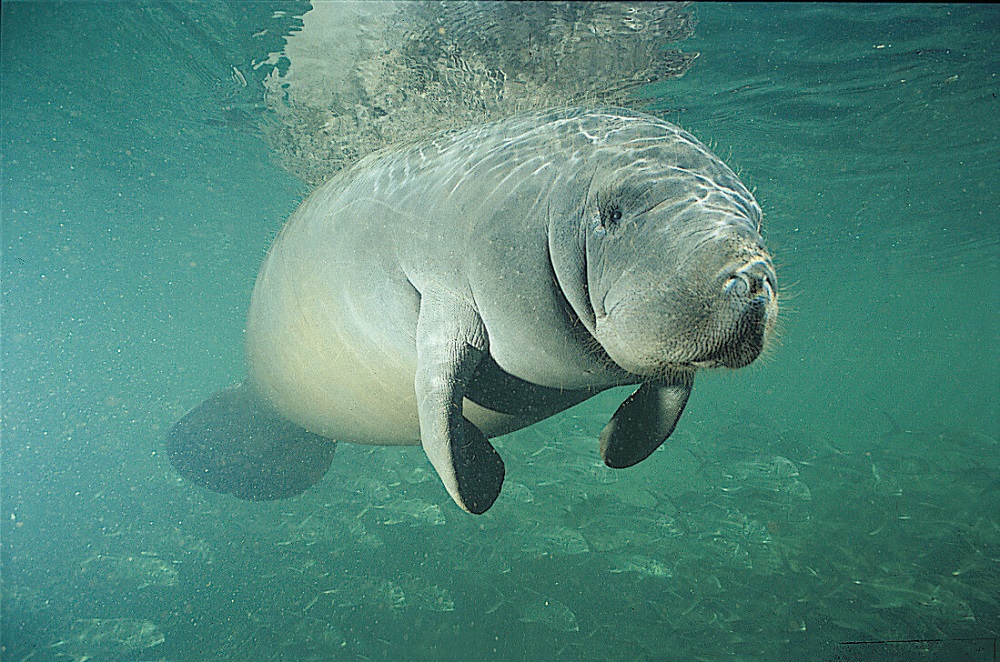