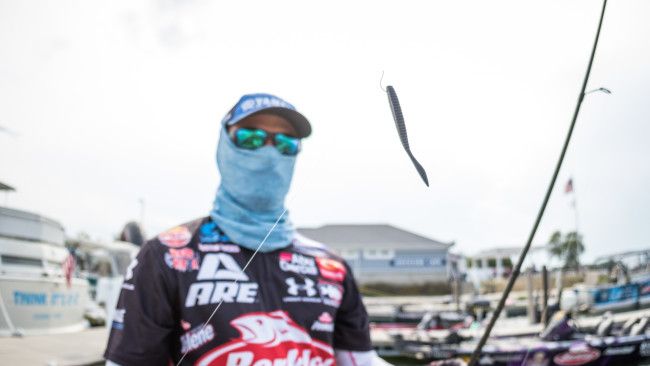 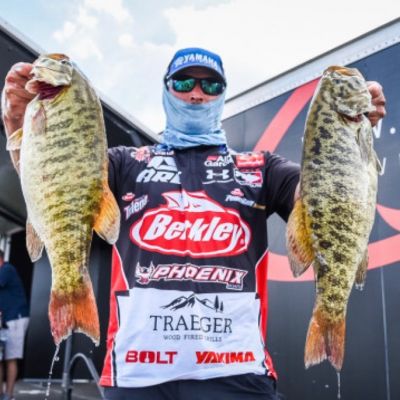 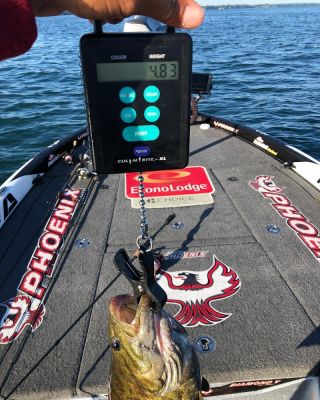 The heat of the summer is often called the "dog days of summer" in bass fishing circles. It is usually a tough time of year to get bites and a time when light-line and finesse fishing reign supreme. This summer, Justin Lucas made his spinning rods work hard for him as he took home two major tournament wins in July and August.

He tackled Great Lakes smallmouth with a win at the Bass Pro Tour Sturgeon Bay, Wisconsin event and then followed it up with an FLW Pro Circuit win on Ohio's Lake Erie, and he did it all with a spinning rod and reel.

How He Did It

While the two wins may have seemed like similar fisheries, Lucas targeted isolated grass on one and rocks at the following event. Both of these are perfect summertime locations and something that Lucas always looks for this time of year.

"At Sturgeon Bay, it was more of an early post-spawn tournament," he said. "I did my map study and looked for the biggest spawning flat I could find and then looked around. I went to the first point leading into deeper water and started there."

He looked for isolated grass clumps and anything bass would be holding to immediately after spawning. This approach worked in Wisconsin, but it will work anywhere else this time of year.

At Lake Erie, he focused more on offshore rock, a classic summertime approach.

Growing up in Northern California, Lucas has always been comfortable with spinning gear. It is just part of the game in that region and Lucas has brought that mindset with him to the professional ranks with great success.

At these two recent events, he utilized a drop-shot rig exclusively and with the same setup throughout—a 7' medium Abu Garcia Fantasista Premier rod paired with a size 30 Abu Garcia reel.

"A lot of people like a 6'10" medium-light for drop-shotting, but I like a little stiffer rod because it has more power to drive the barb of the hook into the fish," said Lucas. "Those Fantasista Premier rods are so strong because they have Powerlux added. I'm still using one of the very first prototypes they ever sent me a few years ago and it is totally fine."

Aside from the rod's strength to drive a hook, he also says a drop-shot rod must be sensitive.

"You want to be able to detect light bites and no the difference between grass, a rock, and fish," said the Alabama pro. "I personally would rather have a higher-priced and more sensitive spinning rod than a baitcaster. I firmly believe in getting the best quality spinning gear you can afford."

When it comes to reel sizing, he feels a 30 is the perfect balance for size, weight, and features.

"I use a bunch of different Abu spinning reels but always the 30-size," Lucas said. "It still balances great, but you also have a much faster line pickup. If you look at how many inches per turn compared to a 20-size, it makes a big difference when you are fighting fish and the Abu drags are so good you don't have to worry about it."

This has been the summer of the Berkley MaxScent Flat Worm and mainly because of Lucas and other Berkley pros dominating all of the recent summer tournaments with it.

He says it is all about the scent. "The worm has great action, but the scent is the biggest thing that makes it so good," said the Alabama pro. "It does trigger fish to bite and works for all bass species, but smallmouth really love it."

On the topic of drop-shot weights, Lucas advises always to use the lightest weight you can get away with.

For line, braid to fluorocarbon is his go-to and he's been doing it for quite some time now.

"I think it has been 13 years now where that is all I use for my drop-shot fishing," Lucas recalled. "I started off combining braid to fluorocarbon with an Alberto Knot and that is still my choice. I know the FG Knot is really popular and it is a superior knot, but it takes way too long for me to tie. I can sit down and retie an Alberto and get back to fishing in under a minute."

Justin Lucas has proved that he has summertime smallmouth fishing down pat. He's had a great summer and utilized light line and finesse techniques the entire time. His success proves that summer and drop-shot fishing is always a good match.