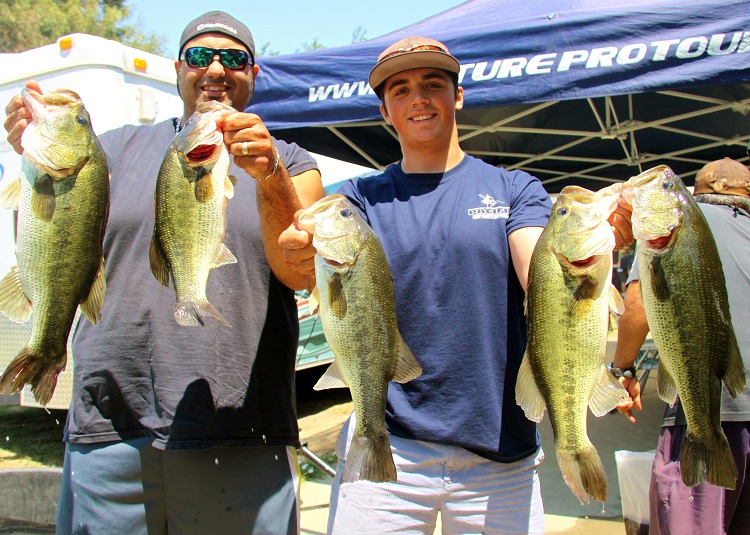 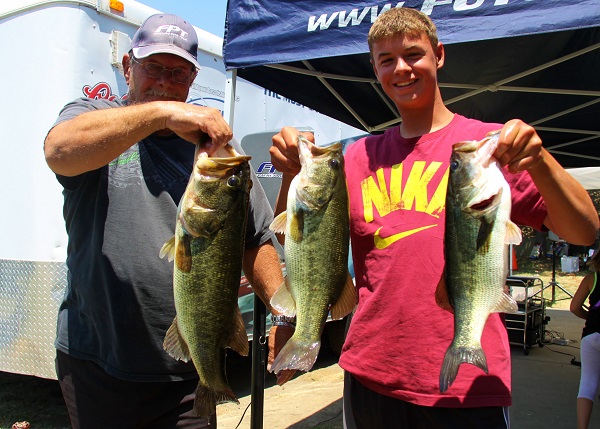 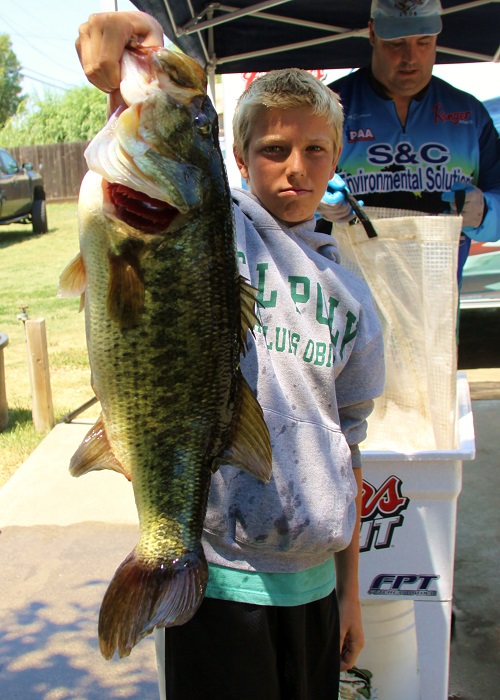 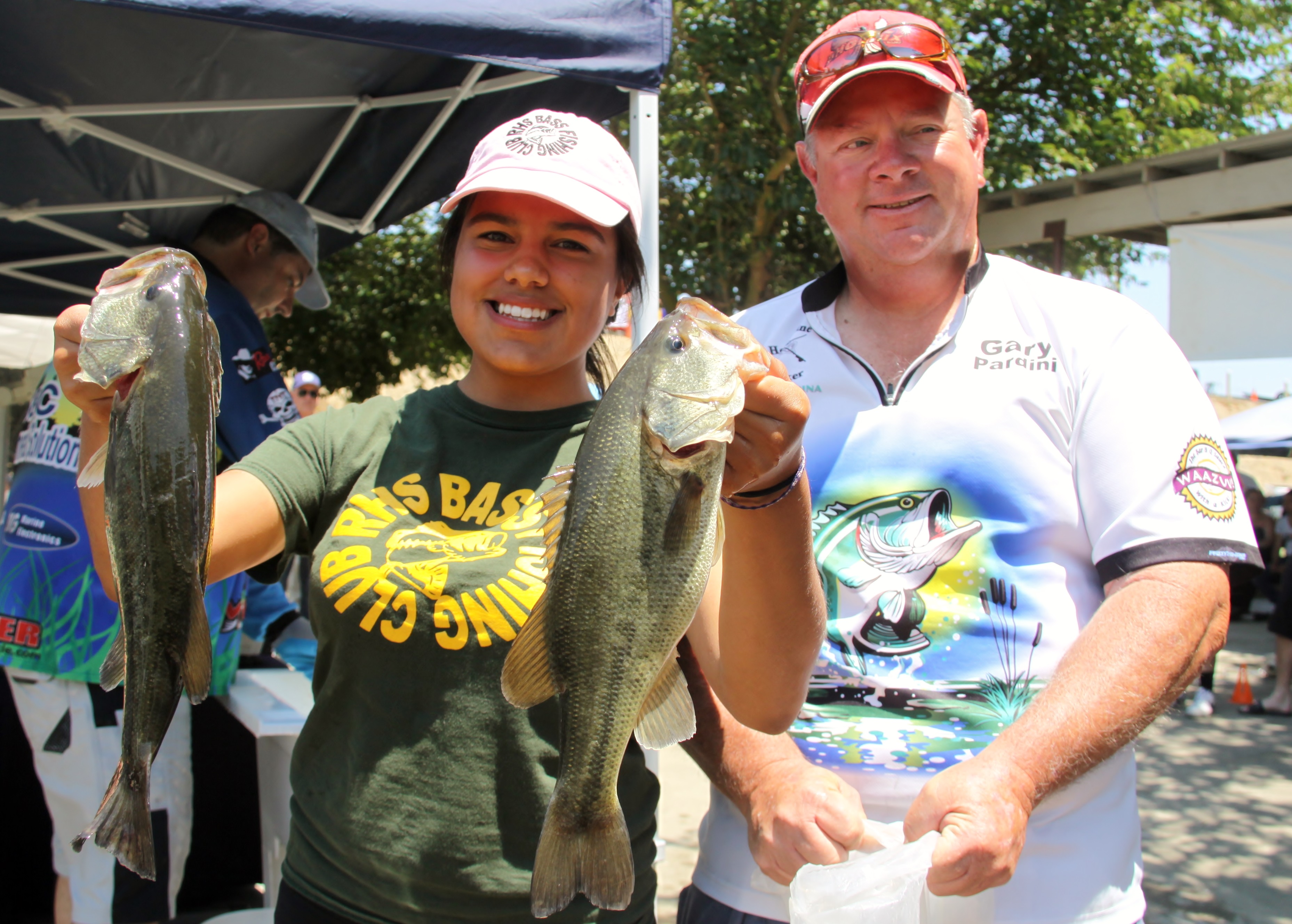 Seventeen years ago a youngster approached Delta fishing guide Andy "Cooch" Cuccia asking about a bass fishing event for kids. From that request, the C.O. Pro-Teen event was born. The tournament that pairs boaters with teenager anglers from the ages of 13 to 19 has continued annually on the California Delta since its 1996 debut in Big Break.

This 2013 championship was reeled in by Anthony Monraz. At 19-years-old, this was the last chance for Monraz to grab the teen victory and he did with a team total of 17.41. "We went west in the morning and it was muddier than we thought, so we had a change in plans and let there to get to some clearer water," said Monraz. "We caught a lot of smaller fish on a drop shot, Senko and jigs. Later, we were able to punch some better ones on ambush points, near current and deep water. I think we could have even got a bigger bag, if we had more time. The bite seemed to turn on later this afternoon, because we punched a couple of threes right before we came in."

Adra commented, "Anthony is a great fishermen and even ran the front of the boat for awhile." For the triumph, Monraz hauled in not one, but two Dobyns rod and Revo reel combos, along with a monster tackle pack valued at over $400 and a plaque to christen his trophy wall.

The teen sitting in second, trailing only by about a half pound was Chad Sweitzer. As a second year attendee, Sweitzer was paired with Terry lee Brown. Bringing in a limit of 16.90, each landed a respective big bass contender with Sweitzer's four plus and Brown's 6.80, anchoring their sack. "We got bit all day," said Sweitzer. "We were fishing wacky-rigged Senkos in the color Baby Bass."

This year was the first for boater Brown. "I'm getting older and thought I wanted to do something to  give back, so it was the perfect thing to come and do this," he stated.

Fishing with boater Adam Kern, 13-year-old, Jed Wood made his first-ever appearance at the C.O. Pro-Teen event and ran away with big fish honors on the teen side with a 7.54. Wood reported the big one hit a Spro King Daddy frog. A previous teen participant that began fishing the event 15 years ago, Kern was happy to return as boater to continue the opportunity for other youngsters. Wood finished out the day with an 8th place finish for 14.37.

Pro big fish honors went to Morgan Proescher for his 7.60. He and his teen teammate, Kevin Travels weighed in a total of 13.79 for 9th place. This seven pounder was caught on a speed trap only 20 minutes prior to weigh-in. Proescher recalled being paired with Frog Master Bobby Barrack his first year fishing the event as a teen and enjoyed being able to be back as boater.

Representing the ladies at the event was Joscelyn Cervantes. Paired with boater Gary Pardini, 16-year-old Cervantes made the trip North from Fresno as part of the Roosevelt High School Bass Fishing Club. It was her freshman appearance at the Pro-Teen event, but not her first time in a bass battle on the California Delta as Cervantes competed n the FLW Teen competition on the tidal water fishery, earlier this year. "Today, we weighed 8.27," said Cervantes. "We got five or six fish for the day. It was a lot of fun and real exciting.

For 2013, 70 teens filled the boats of 62 fishermen and the bass hunt was launched at Russo's Marina. The competition allowed each pro and teen team a five fish limit that consisted of a maximum of three catches from the pro combined with a minimum of two from the teen.

As was permitted by the rules, in several instances the teen "out fished" the pro contributing more than two of the weigh fish. "We've seen the evolution of teens introduced to fishing, keeping them off the streets and getting a chance to get away from television and games," said Cuccia at this year's awards ceremony. "It is an opportunity to get kids involved in good, clean fun on the best fishery in the country."

In the end, the 70 teams weighed 300 fish in the six hour event with an average weight of over two pounds each.

Keep an eye out on WesternBass.com for details on the 2014 C.O. Pro-Teen tournament.